Live updates throughout the night 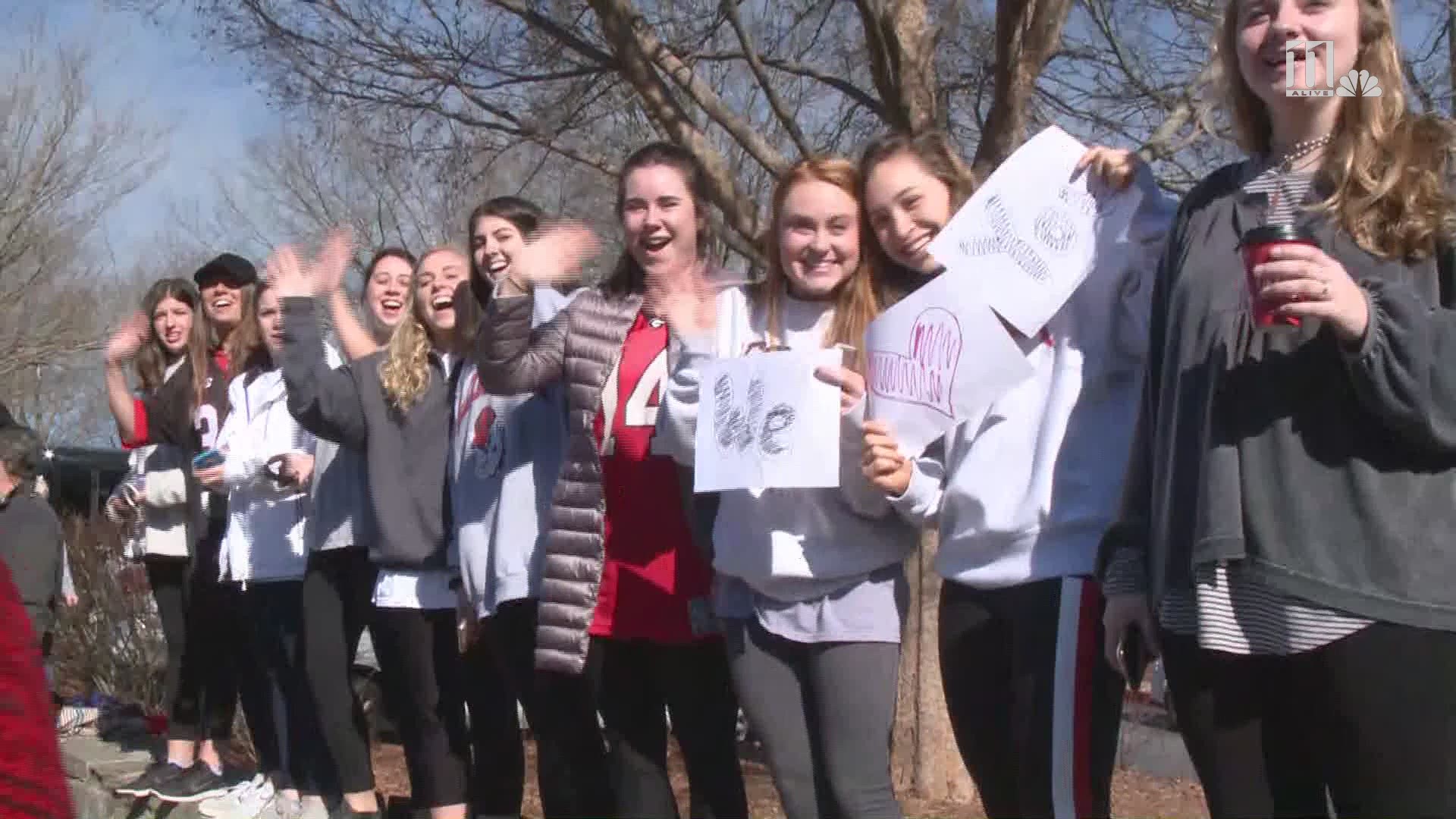 It's time! The Georgia Bulldogs face the Alabama Crimson Tide for the College Football National Championship.

Check here for live updates from Mercedes-Benz Stadium throughout the night:

11:57PM: Click here for live reaction from the field once the game is over

10:52PM: And just like that, Alabama is back in the game. An inception gives the Crimson Tide teh ball again.

10:51PM: INTERCEPTION! The Dawgs have the ball back in Alabama territory.

10:40PM: In his second series, freshman QB Tua Tagovailoa throws for 46 yards and leads the Crimson Tide to a touchdown. Georgia still leads 13-7.

10:30PM: President Trump has left the stadium and is leaving Atlanta. Click here to watch Air Force One depart.

10PM: It's halftime and Georgia leads 13-0. Alabama gets the ball back after the half.

9:28PM: The Bulldogs drive down to the red zone, but settle for another field goal. Bulldogs 6, Crimson Tide 0 with 7:24 left in the second quarter.

9PM: At the end of the first quarter, both teams are scoreless, but the Bulldogs are threatening.

8:16PM: (Associated Press) President Donald Trump was on the field for the national anthem before the College Football Playoff national title game.

Trump walked onto the field accompanied by the ROTC units from Georgia and Alabama. He was greeted by mostly cheers from the crowd on hand to watch the game between Alabama and Georgia. 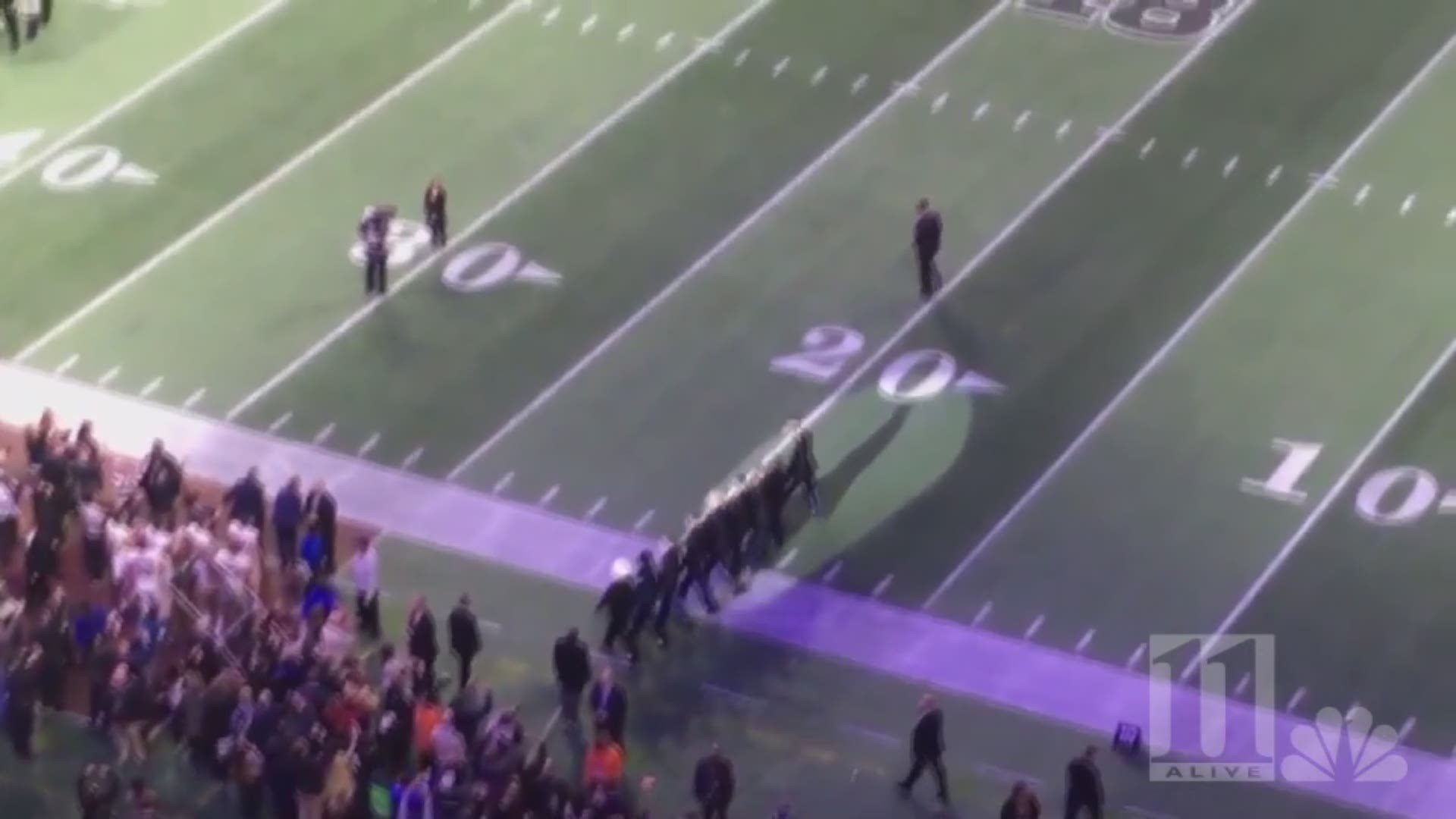 Trump waved to the crowd before the Zac Brown Band sang the anthem. Hand placed over his heart, Trump appeared to sing along at times.

No players were on the field yet. That's unlike the NFL, where some players this season protested racial injustice by kneeling during the anthem - often drawing Trump's ire.

7:07PM: (Associated Press) Mercedes-Benz Stadium has a bit of water dripping on to the sideline, seemingly coming from high above the field.

Around the 20-yard line on Alabama's side of the field, but off the playing field, a few drops could be spotted falling on to the green artificial turf.

A stadium security worker wearing a blue shirt was standing where the water was landing and had wets spots on his shirt.

There have been issues with the stadium's signature retractable roof since construction began on the facility. The roof has only been opened once for football since the stadium opened in August. 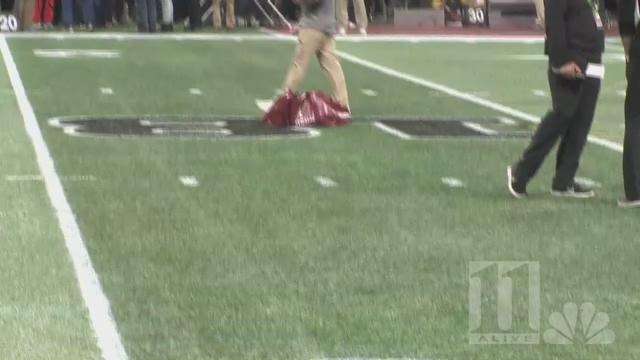 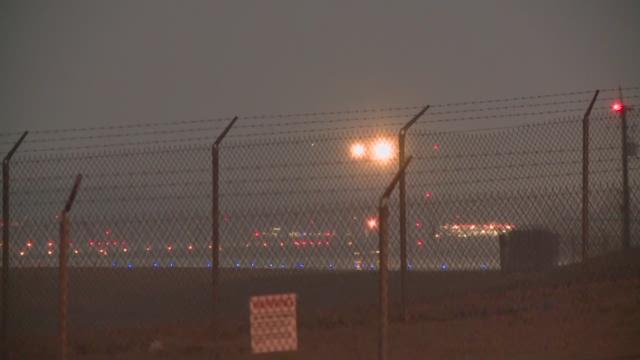 6:00PM: The team has arrived at Mercedes-Benz Stadium. 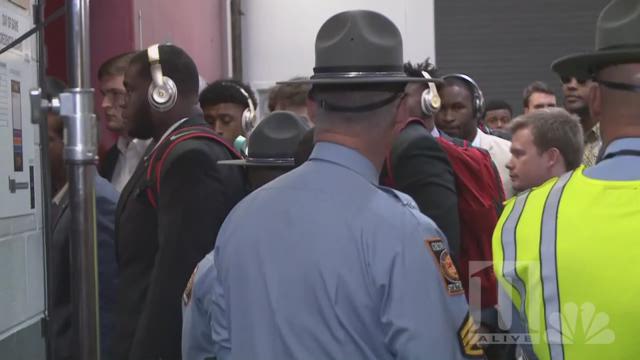 5:36PM: The Dawgs have left their hotel for Mercedes-Benz Stadium! 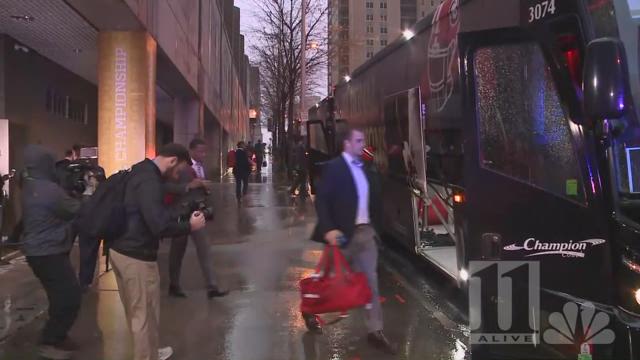 5:30PM: The stadium gates are scheduled to open.

Photos: Inside Mercedes-Benz Stadium for the national championship