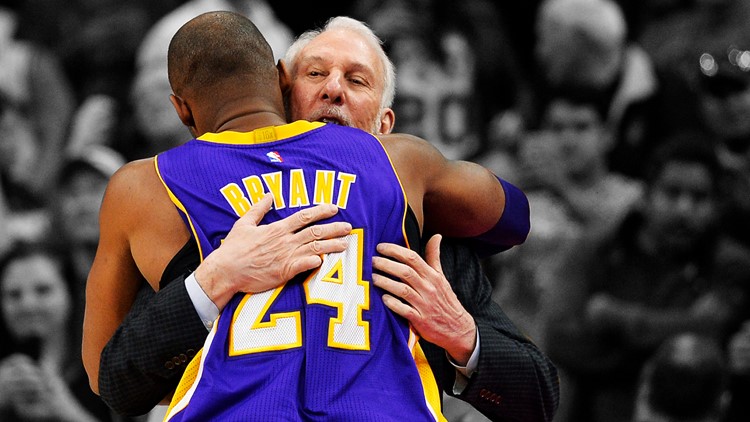 SAN ANTONIO — The special respect many of the Spurs had for Kobe Bryant was on full display Monday at a memorial for the star player and his daughter Gianna at Staples Center in Los Angeles.

Coach Popovich and Tim Duncan were seen in a video posted to Twitter in attendance at the massive event.

The video was posted by Twitter user @Lakeshow_323 and shows Coach Pop and Duncan greeting other major names in professional basketball.

Other sources are reporting that Manu Ginobili and Tony Parker were also at the memorial.

Even though the Spurs and Lakers were rivals, Coach Pop and the Spurs players had respect and comradery with Kobe Bryant that was evident in their many interactions over the years. Many of them expressed their devastation and grief when learning of the tragic helicopter accident on January 26. Kobe's daughter Gianna and seven others were also killed in the accident.