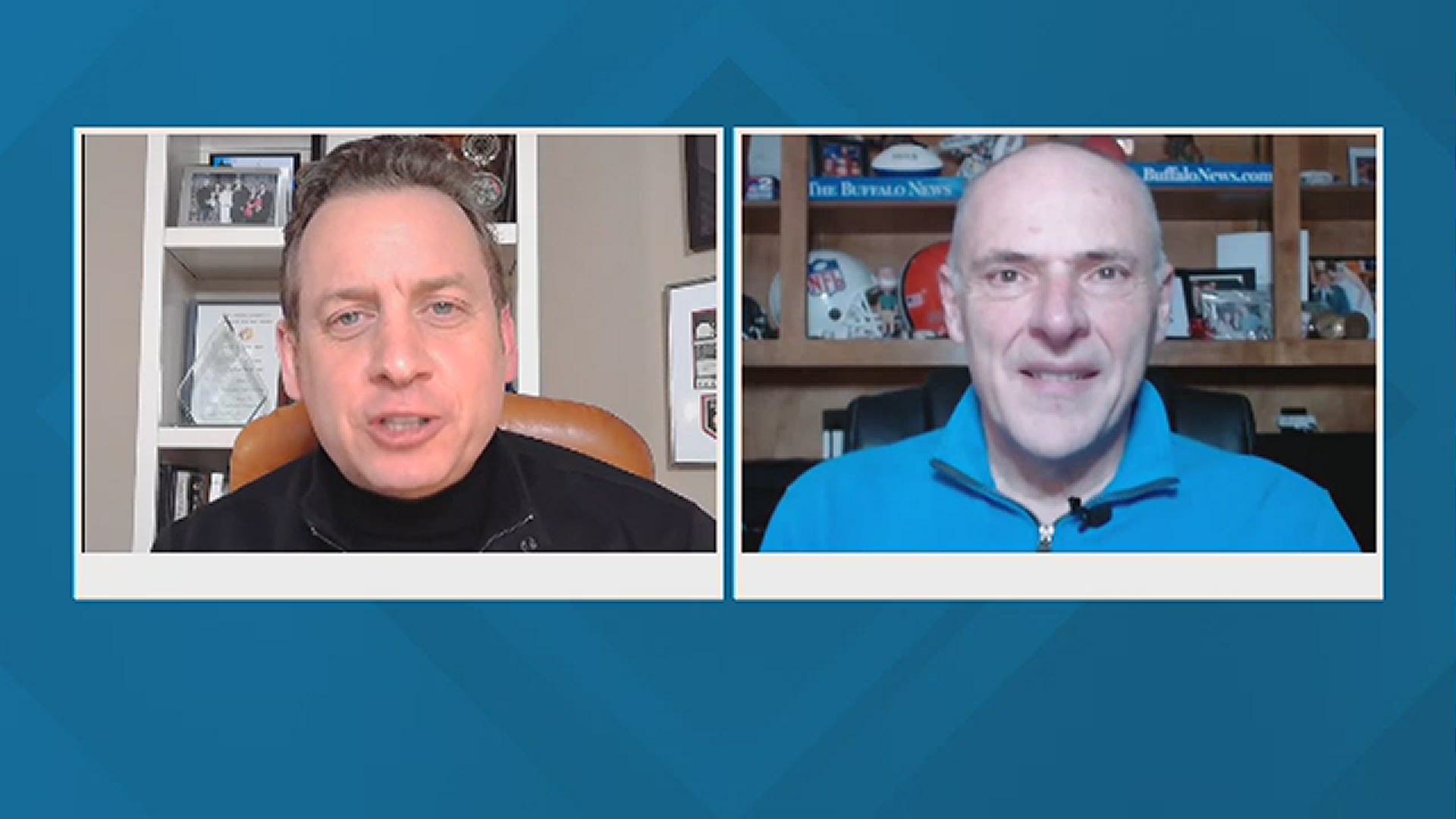 - The Bills receive the opening kickoff and start off at their own 25. Josh Allen is picked off by Byron Jones on 2nd & 21 at their own 37. The play was ruled an incomplete pass, but the call was reversed on the Miami challenge. The Dolphins start their drive on the Bills 41.

- The Bills defense comes up big, with Tremaine Edmunds sacking Tua Tagovailoa for a nine-yard loss on 3rd & 5 at the Bills 22. The Dolphins settle for a 49-yard Jason Sanders field goal, and lead it 3-0 with 8:07 left in the first quarter. Taron Johnson was injured on the Dolphins six-play, 10-yard drive but was able to walk off under his own power. The Bills start their next drive at their own 24.

- On 3rd & 8 on the Bills 43, Josh Allen airs it out for Dawson Knox, but the pair cannot connect. The Bills punt it away, and the Dolphins start their drive at their own 20. Johnson is back in for the Bills.

- After a quick Dolphins first down, the Bills only allow nine net yards on the drive, and force Miami to punt. The Bills start their next drive at their own 39, with Allen coming back out with the offense. The Dolphins force a three and out before a Corey Bojorquez 54-yard punt pins Miami inside the one.

As punts go... they don't come any finer.

Miami starts drive at their one yard line. @wgrz

- The Bills force a three and out, and get the ball back at midfield. The Dolphins lead it 3-0 at the end of the first quarter.

- The Bills take the lead on a Josh Allen seven-yard touchdown pass to Isaiah McKenzie. On the first play of the second quarter, Josh Allen breaks Drew Bledsoe's single season franchise passing yards record on a six-yard pass to Devin Singletary. On 2nd & 2 at the Dolphins 31, Allen hits Stefon Diggs for the 18-yard pickup into the red zone. Allen's record-setting, seven-play, 50-yard drive puts the Bills up 7-3 with 12:09 remaining in second quarter. The Dolphins start their next drive at their own 25.

- On 2nd & 7 from their own 28, Tua Tagovailoa finds his tight end Adam Shaheen for a 23-yard pickup into Bills territory. The Bills defense forces a punt and Buffalo will start its next drive at its own 12.

- Josh Allen is back in for the Bills next drive and hits Isaiah McKenzie for 14 yards, their second touchdown connection of the game. Allen chipped away at the Dolphin's defense with the pass game on the eight-play, 88-yard drive, lasting 2:47. Diggs was banged up after a 16-yard catch, but was able to get up and stay in for the rest of the drive. The Bills extend their lead to 14-3 with 6:56 to go in the first half.

- After the defense forces a three and out, Isaiah McKenzie scores his third touchdown of the day, this time on an 84-yard punt return for a touchdown, the Bills first since 2014. The Bills take a 21-3 lead with 5:22 left in the first half.

Credit: AP
Buffalo Bills wide receiver Isaiah McKenzie (19) runs for a touchdown after catching a short pass in the first half of an NFL football game against the Miami Dolphins, Sunday, Jan. 3, 2021, in Orchard Park, N.Y. (AP Photo/John Munson)

- The Dolphins begin their next drive at their own 25. Tagovailoa leads Miami down the field, inside the Bills 10-yard line. The Bills defense forces another field goal at the end of the nine-play, 61-yard drive. Sanders is good from 32 yards out to pull the Dolphins within 21-6 with 1:44 remaining in the first half.

- Josh Allen stays in the game, and finishes the four-play, 75-yard drive with a 32-yard touchdown pass to John Brown. The Bills started the drive at their own 25 after a touchback, and Allen came out of the gate hitting Stefon Diggs then John Brown for back-to-back gains of 16 and 27 yards, respectively, into Dolphins territory. The Bills extend their lead to 28-6 with 1:00 left in the first half.

- The Bills defense forces a three and out before Josh Allen takes a knee to end the first half, with the Bills up 28-6.

- The Dolphins offense starts off the second half at it's own 25. Tagovailoa picks up three quick first downs, covering 55 yards, hitting DeVante Parker on each pass. The Bills stop the Dolphins on 4th & goal, again, but Josh Norman was called for pass interference. Miles Gaskin scores from a yard out on first down, and Miami cuts the Bills lead to 28-13.

- Matt Barkley comes in for Josh Allen at quarterback. The Bills go 30 yards over seven plays before punting it away to the Dolphins 11.

As expected. Matt Barkley has entered the game at quarterback for the #Bills @wgrz

- Josh Norman picks off Tagovailoa and returns it 16 yards for the touchdown on the first play of the Dolphins drive. Bills extend their lead to 35-13.

- Tyler Matakevich nearly picks off Tagovailoa on the second straight Dolphins drive, but the Bills defense hangs tough, forcing a failed fourth down by Miami and getting the ball back at their own 48.

- Barkley is picked off by Xavien Howard on the ensuing drive. Bills still lead the Dolphins, 35-13. Miami begins its drive at its own 19.

- The Dolphins get to the Bills 20 after starting at their own 19. Tagovailoa is picked off for the second time in the game by Dean Marlowe. The Bills get the ball back at their own 21, and lead it 35-13 after three quarters.

- After picking up a first down, Barkley airs it out for Gabriel Davis. The 51-yard catch puts the Bills at the Miami 18. Antonio Williams, coming off the practice squad for this game, takes it in from 18 yards out on the next play, and the Bills are in control, with a 42-13 lead.

- On the first play of the Dolphins next drive, Marlowe picks off Tagovailoa for the second straight Miami possession and returns it 23 yards to the Dolphins 25.

- Antonio Williams scores on the third play of the Bills drive from two yards out. Williams caught a short pass from Barkley for 20 yards to kick off the drive. Bills go up 49-13 with 11:55 remaining in the game.

- Salvon Ahmed answers for the Dolphins, capping off a nine-play, 75-yard drive with a 16-yard touchdown drive. Miami's two-point conversion attempt fails, and it's 49-19 Bills with 8:40 to go.

- After a Mack Hollins fumble is recovered up by Harrison Phillips, Matt Barkley goes deep to Gabriel Davis again, this time for a 56-yard touchdown on the next play. The Bills lead it 56-19 with 6:18 to go.