The Brandeis Broncos are unbeaten in 2019 and they’ve waited all year to get another shot at Austin Westlake, which ended their season in 2018. 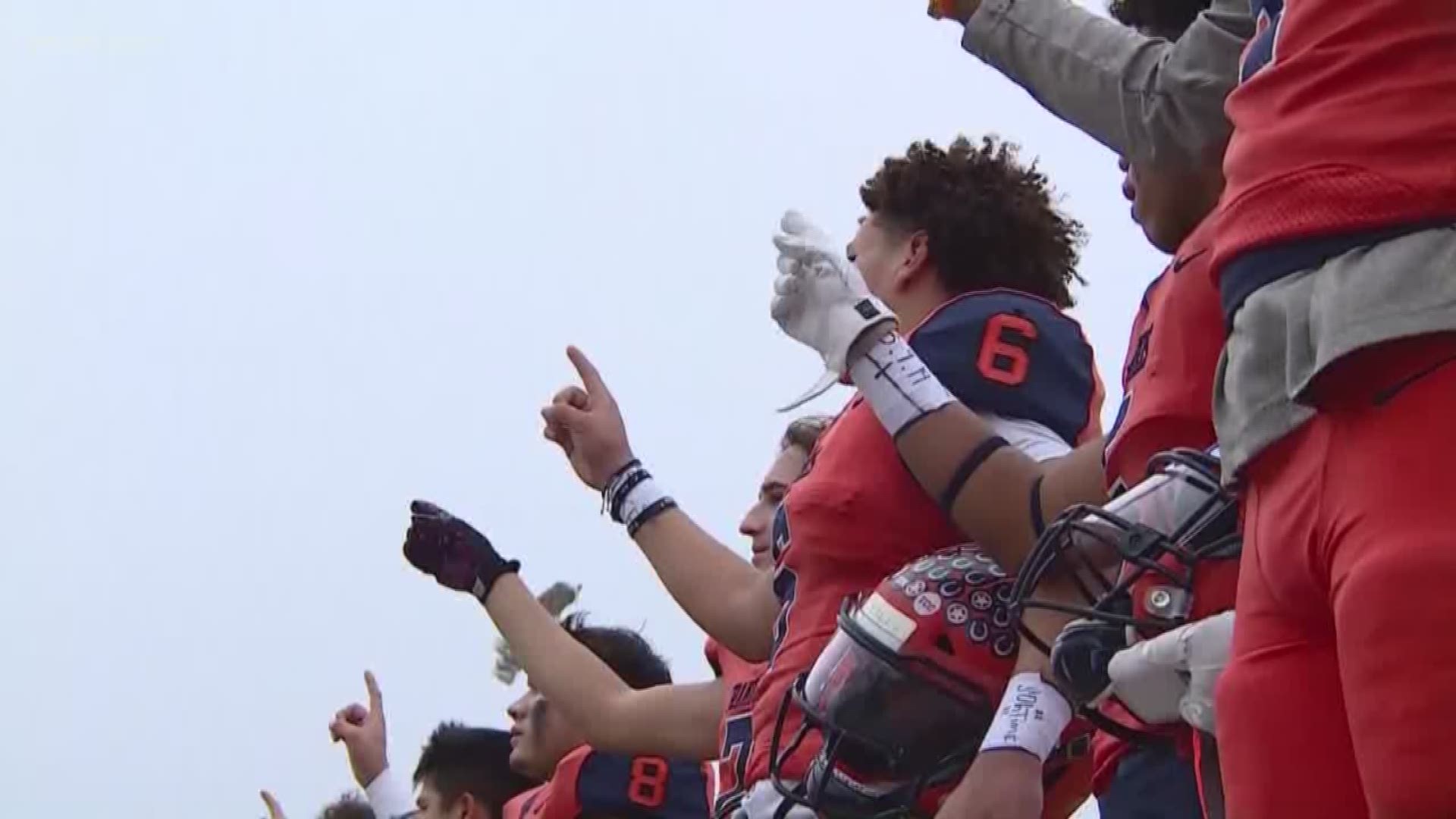 SAN ANTONIO — The Brandeis Broncos survived another valley school scare over the Thanksgiving holiday weekend, and now it's the one they've had circled on the circled on the calendar: Another shot at mighty Austin Westlake.

"I love playing those guys, and we go through lots of people saying we don't play anybody, and they don't do this or that," said Brandeis starting quarterback Jordan Battles. "They had lots of Division I talent on that team, so it's great to play different competition."

His coach echoed that sentiment. "They execute with precision offensively and defensively, and they create their own persona," said head coach David Branscom. "They really created a snowball effect for us last year, and we've got to guard against that, and be prepared for, you know, there is gonna be good and bad, and we've just have to believe until the end."

Just like last year, the game will be played in San Antonio, but the players aren't expecting a home-field advantage.

"Westlake travels really well, and they sort of take away that home field advantage, but that is our second home, and we are gonna be very well prepared," Battles said.

Brandeis rallied for a 21-14 win over Edinburg Vela on Friday to get another crack at the Chaps in the Class 6A Division II state quarterfinals.

"It’s just awesome to see the hard work that our kids have put in to get to this point. We had a real wake-up call with where we were at as a program, and its just rightly so that we get an opportunity to make that right this week," added Branscom. The head coach has often referred to his team as a team of destiny. They are undefeated at (13-0), so what does their destiny hold this week? Only time will tell.

Kickoff for the UIL 6A DII state quarterfinal game is scheduled for Friday at 7:30 in the Alamodome.