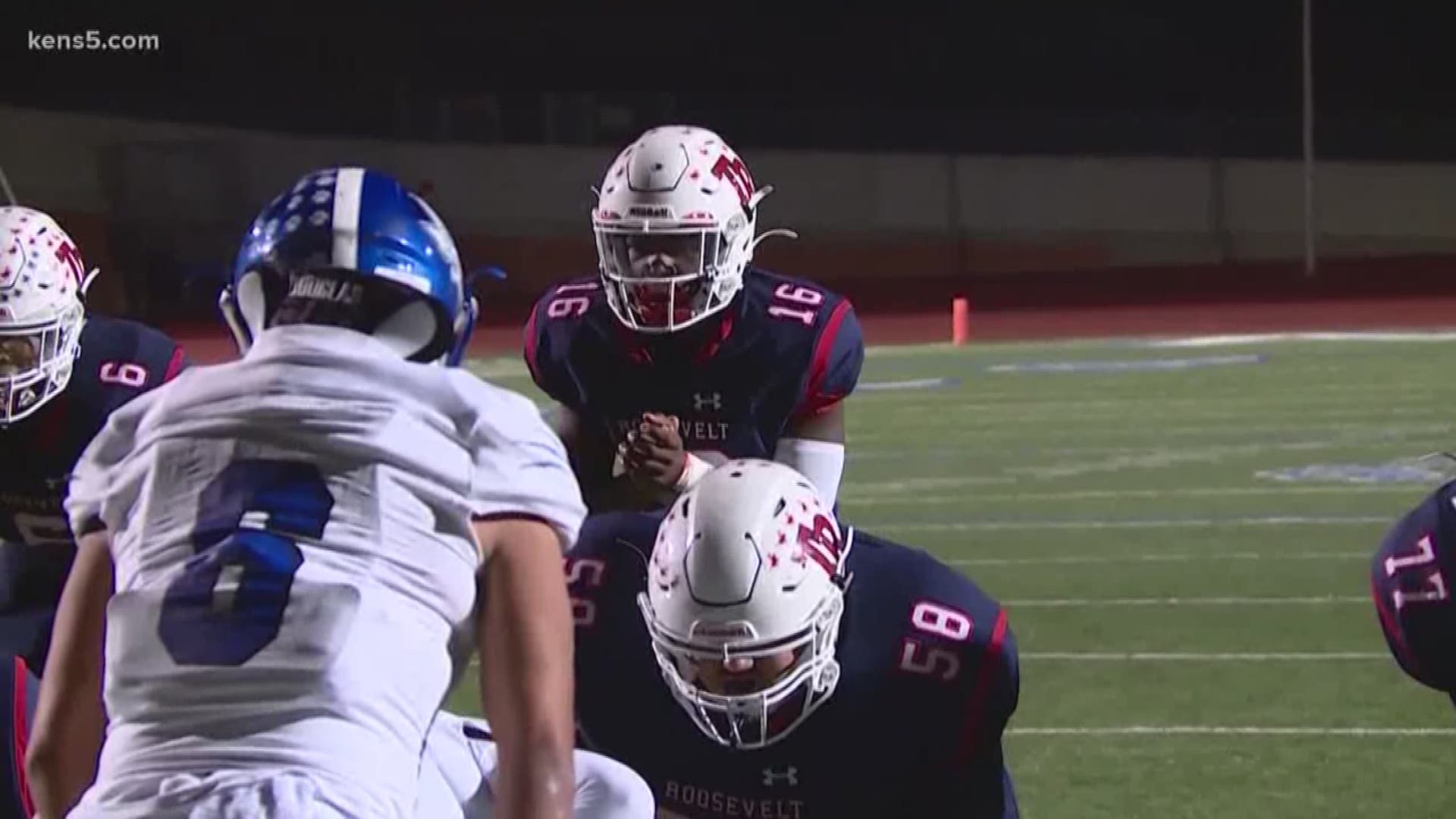 Brandeis, No. 2 in the KENS5.com Class 6A area rankings, leads the series between the Northside ISD rivals 6-4. No. 5 O'Connor had won the last two meetings, but never seriously threatened the Broncos on Friday night after tying the game 7-7 early in the second quarter.

Battles, a junior, rushed for 151 yards and three TDs on 15 carries and had 53 yards passing. His 31-yard scoring run put Brandeis ahead to stay, 14-7, with 2:59 left in the first half. Xavier Lopez  converted all five of his extra-point kicks.

O'Connor lost despite outgaining Brandeis 286-238 in total offense. The Panthers finished with 265 yards passing, all by Dodd, but had only 21 rushing on 31 attempts. Dodd completed 24 of 43 passes and was intercepted once.

Brandeis had 185 yards rushing on 26 carries, and Battles hit 8 of 12 passes for 53 yards. He had two attempts intercepted.

The Broncos were up 23-7 in the fourth quarter before O'Connor trimmed the lead to 23-15 on a 4-yard run by quarterback David Dodd with 3:36 remaining. Dodd passed to Kevin Cavanaugh on the two-point conversion attempt to make it a one-score game.

Brandeis recovered the ensuing onside kick and went ahead 30-15 on a 45-yard run by Battles with 2:43 left. He scored again on a 52-yard run 66 seconds later.

Ahead 21-7 at the half, Brandeis scored two of its first three TDs after blocked punts.

The Broncos got on the scoreboard first when Kaine Buchanan scored a 37-yard TD after blocking O'Connor's first punt attempt. The score came with only 1:37 elapsed on the clock.

The Panthers tied the game 7-7 on Dodd's 4-yard run with 9:02 left in the first half. Dodd's score capped a six-play, 35-yard drive that was set up by CJ Waller's interception.

Waller returned the interception nine yards to the 50, and got 15 more yards on a personal-foul penalty against Brandeis on the play. The big play in the drive was a 29-yard pass from Dodd to Sam Castillo. Ethan Jarman converted the extra-point kick.

After Battles' scored his first TD, the Broncos stretched their lead to 21-7 when Buchanan blocked his second punt and Mitchell returned the loose ball 35 yards for a TD with 1:19 left in the half.

Brandeis went ahead 23-9 after Nicholas Dominguez tackled Zion Taylor in the end zone for a safety with 7:29 left in the third quarter.

Looking for more San Antonio high school football coverage? Check out 'Friday Nigh Football Replay,' our new podcast. KENS5.com producer Cameron Songer and sportswriter David Flores break down all the high school football action from the sixth week games of 2019 in the San Antonio area. You can listen below, or find us on your favorite podcast app.

If you're looking for more coverage of high school football in San Antonio, you're in the right place. We have a comprehensive preview of the 2019 season, as well as highlights and photos every week.