Baylor's Bill Brock inducted into A Step Up Hall of Fame

Brock, the Lady Bear's Interim Head Coach, has been at Baylor for 18 seasons and served as a head coach twice in his career. 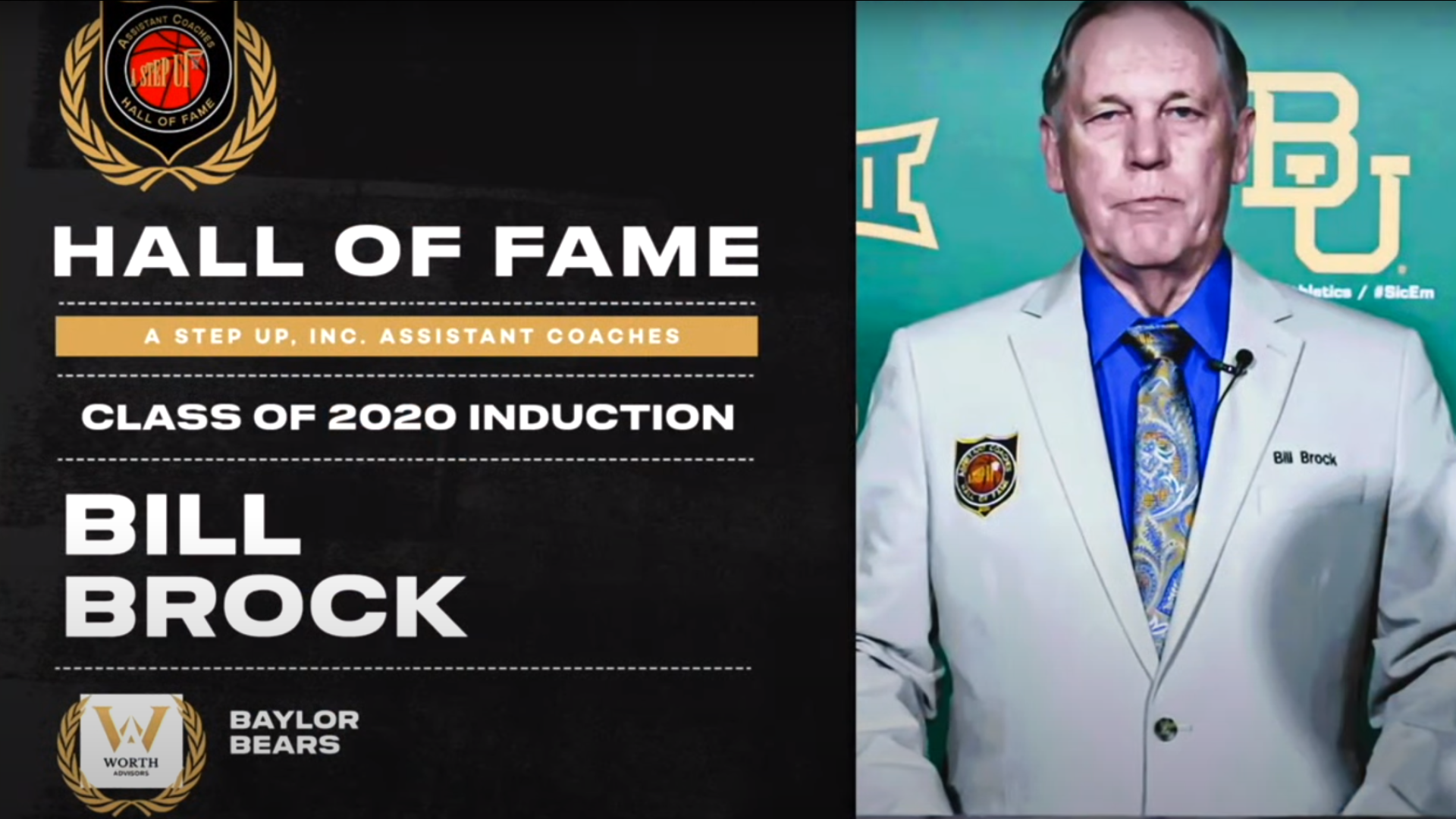 WACO, Texas — Baylor Lady Bears Interim Head Coach Bill Brock was inducted into the A Step Up Assistant Coaches Hall of Fame on Sunday afternoon, as part of the 2020 class.

Brock just wrapped up his 18th season with the Lady Bears. He arrived in Waco in 2000. He left Baylor in 2006 to coach at Texas Tech before returning to Waco in 2009. He played an instrumental role in the Lady Bears winning the 2005, 2012 and 2019 NCAA championships.

Before Baylor, Brock spent 13 seasons as the head coach at Grayson County College, helping build that program as one of the best in the junior college ranks. He also worked in men's basketball, acting as an assistant at East Central University from 1985-87. He got his start in coaching as the head boys coach at Durant High School from 1982-85.

This is not his first hall of fame honor, back in 2019 Brock was inducted to the inaugural class of the Grayson College Athletics Hall of Fame. The college also named the court inside the basketball arena the "Bill Brock Court" beginning in the 2020-21 season.

The induction ceremony was virtual and Brock was awarded his hall of fame jacket by his wife Janice.