The final installment of the course taught by WSU football coach Mike Leach and former state senator Michael Baumgartner was open to the public and streamed live. 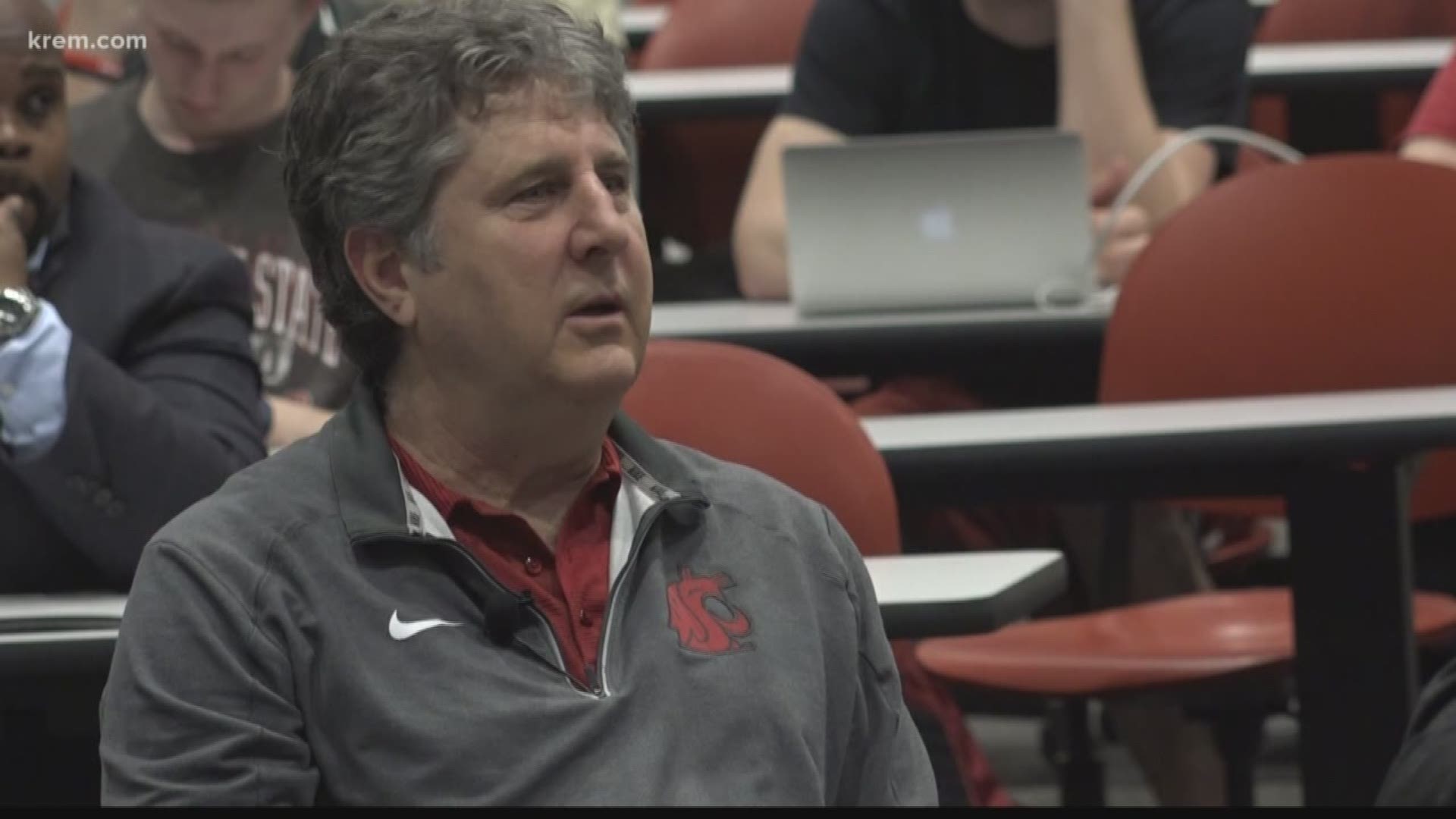 PULLMAN, Wash. — A leader on the football field, and now, in the classroom.

The first three weeks were available only to a select few.

The final week, however, was open to the public and streamed live through the university. Dozens of students and Pullman residents of all ages turned out to take in the lesson.

The instructors were careful to acknowledge: football is not war. Nonetheless, the material was based off various parallels the instructors identified between the mechanics of guerrilla warfare and the design of a football playbook.

For instance, Baumgartner explained how the during the surge in Iraq, American military focused on constricting space and dividing the insurgency. Leach then followed with a demonstration, using Cougar game film, of how his Air Raid offense gives opponent defenses fewer options in space.

Baumgartner discussed how insurgents are effectively underdogs, and how they need to find ways of turning opponents' strengths into weaknesses. Leach noted that the same applies to football.

"You try to make their strengths as useful as a bicycle is to a fish," said Leach.

The two instructors also discussed the importance of leadership and review metrics on the battlefield and the football field.

Leach and Baumgartner played off each others' respective experience and personalities, Baumgartner bringing the authority of his time overseas, and Leach bringing his signature dry wit.

For admittance to the first three weeks of the seminar, students had to apply via essays about the wishbone offense and the British counter-insurgency in Malaysia. Only 40 were accepted.

"I woke up, I think it was like a Monday morning during spring break, [and] saw that I got it, and that was like a jump out of bed kind of response," said David Winsor.

For many of the students, the course was the experience of a lifetime.

"I remember walking into the football office building, and sitting in the room. There's just this energy in the air," said Winsor. "Then Leach walks in, and everyone goes silent. But in our minds I think all of us were just like: oh my God, this is it, here we are, this is him."

"I've learned so much, just from the short four weeks," said freshman Alexandra Lagos. "I feel like [Leach] is really a mentor and someone to look up to."

"I didn't realize how much of the football strategy could be compared to all the historical aspects of war," said senior Nick Ziegelman.

The course, said students, exceeded even their high expectations.

"Above and beyond," said Winsor. "Best thing to happen here."