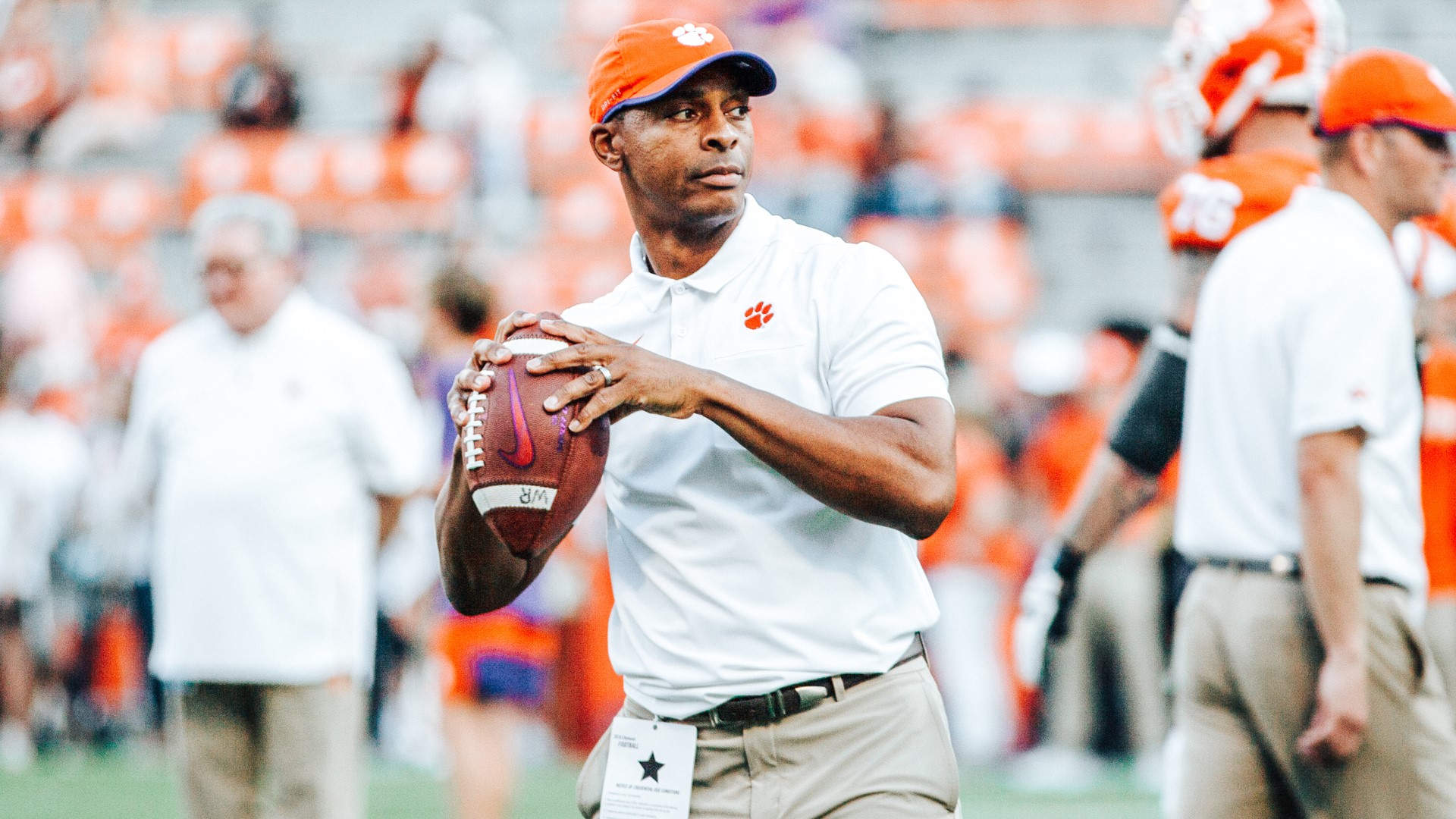 WACO, Texas — It didn't take long for the two openings under new Baylor offensive coordinator Jeff Grimes to be filled.

Tuesday, Baylor announced it had hired Ryan Pugh as its new offensive line coach and Chansi Stuckey as its new wide receivers coach.

Pugh heads to Waco from Troy, where he spent the past two seasons as the Trojans' offensive coordinator and offensive line coach. In his two years at Troy, Pugh coached 10 All-Sun Belt honorees including five offensive linemen.

During that same stretch, Troy's offense reached 500 yards of offense in a game seven times and scored 35 points or more a dozen times. In 2019, Troy finished ninth, nationally, in passing offense (313.2 yards per game), 25th in scoring offense (33.8 points per game) and 18th in total offense (456.3 yards per game).

“Ryan is an up-and-coming coach,” Baylor head coach Dave Aranda said in a statement. “He’s a family man and he is a leader. Ryan has great football intelligence and great communication skills. More than that, I am impressed with the quality of person that he is. I also have a great appreciation for the way that he has been able to inspire his players, and build strong, cohesive and aggressive offensive lines. We are excited for Ryan to join us.”

Pugh replaces Joe Wickline, who was announced wouldn't return for the 2021 season Monday.

Credit: Clemson Athletics
Chansi Stuckey was a graduate assistant at Clemson in 2019 and an offensive player development coach in 2020, helping guide the Tigers to their sixth-straight College Football Playoff berth. Stuckey was named Baylor's new wide receivers coach on Jan. 5, 2021.

Stuckey heads to Waco after two years at Clemson, where he helped guide the Tigers to the national championship game in 2019 as a graduate assistant was in an offensive player development role in 2020 as Clemson made its sixth-straight College Football Playoff.

Stuckey was a star for the Tigers from 2003-06 before a five-year career in the NFL with the New York Jets, Cleveland Browns and Arizona Cardinals after getting selected in the seventh round in 2007.

“I’m thrilled to add Chansi and his tremendous energy to our staff,” Aranda said in a statement. “I am fired up to see the environment that he is going to create with our wide receivers. I look forward to all the possibilities of what he can bring to our program with his communication skills, his heart and his boundless energy. Having played the position in the NFL and having experience with the receivers at Clemson, he is going to be a truly great addition to our program.”

Baylor is currently scheduled to open the season Sept. 4th at Texas State in San Marcos.