The letter was a reply from Stan Whitten's father, sent 50 years ago amid Aaron's chase for home run history. 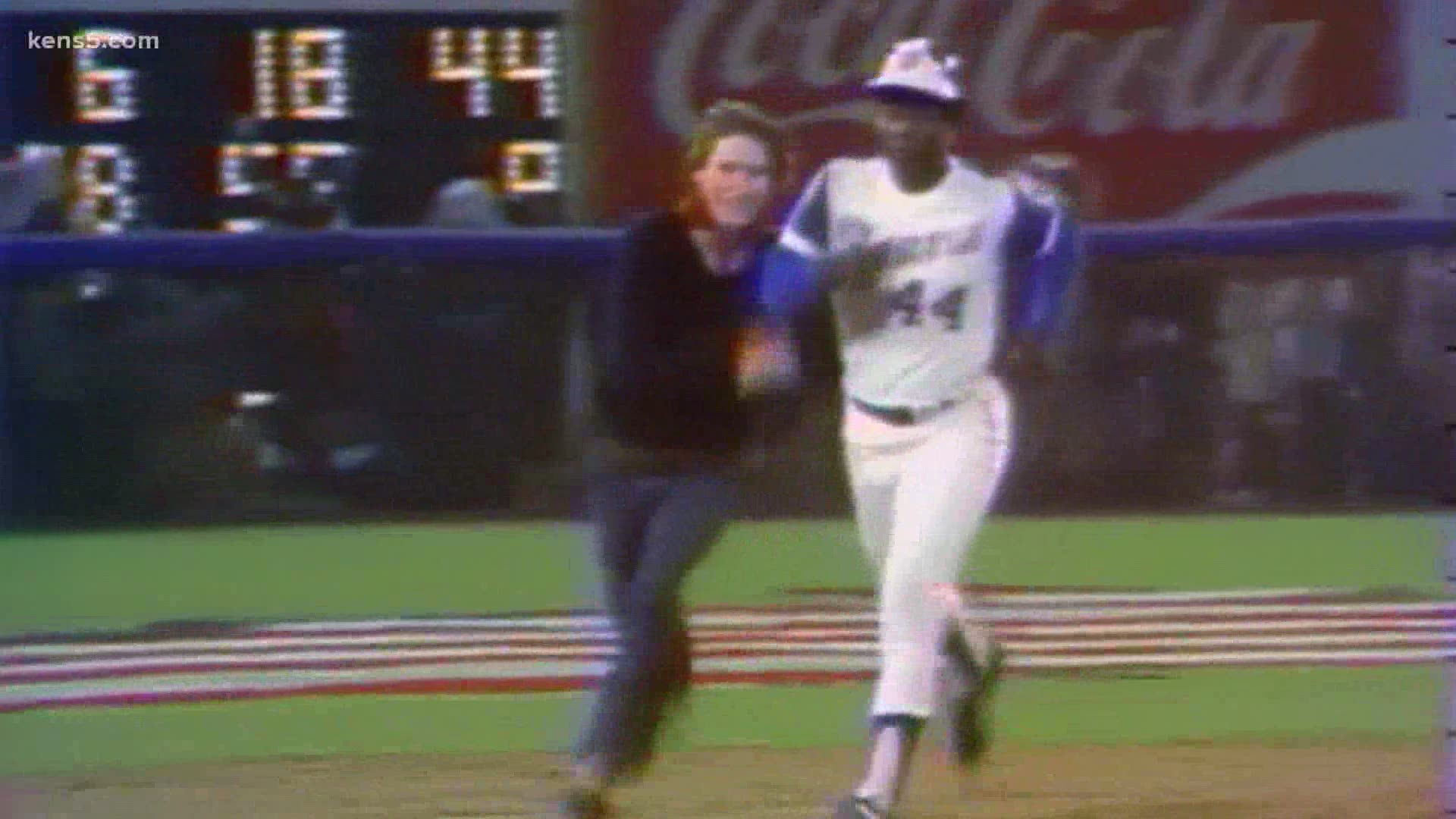 SAN ANTONIO — Sammy Sosa and Mark McGwire captured the nation’s attention nearly 25 years ago with their pursuit of Roger Maris's single-season MLB hom erun record. But almost a quarter-century before that, the legendary Hank Aaron was chasing the ultimate homerun record: 715.

"Probably along the lines of, 'I don’t know everything you are going through, but I can read in the news, and see on the news the challenges that you have, and I want you to know that you are not in this alone,'" said lifelong baseball fan Stan Whitten, referring to the letter written by his father, James, to "Hammerin' Hank" nearly 50 years ago, motivated by an important purpose during difficult American times.

"It is just a reminder of not only the type of person he was, but also his willingness to go outside of himself. He was going to intentionally show his support for what Hank Aaron was going through," Whitten said.

That letter is presumably lost in the annals of life, but there was a heartfelt response in return from the already legendary baseball player that he sent to everyone around the country that took time to show their support of him.

"I think part of what it represents is the connection between me and my dad. Seeing that signature at the bottom of that letter always gets a response out of me," Stan Whitten said.

"I think my dad wanted to be counted among those who were supporting him. There was no other way than to sit down with pen in hand, to physically write a letter, to mail it, to hope that it got through and that the celebrity would read it—and that is what happened," he added.

James Whitten wrote the letter to encourage a Black man who was living in the American South to rise up against the hate and chase history.

"I saw that he would tolerate no exclusion, especially on the basis of color, and dad, again, has always been an inspiration," Stan Whitten said. "We should never judge on any basis other than a person's character. Color, creed, religion, gender—those are not acceptable. They never have been, and they are not acceptable now.

So let’s read the letter together. And as you read to the words, think about the message. Think about America today, and how we can all work to make it better:

I want you to know how very much I appreciate the concern and best wishes of people like yourself. If you will excuse my sentimentality, your letter of support and encouragement meant much more to me than I can adequately express in words.

It is very heartwarming to know that you are in my corner. I will always be grateful for the interest you have shown in me. As the so called ‘countdown’ begins, please be assured I will try to live up to the expectations of my friends.

Wishing you only the best, I am, most sincerely,

RELATED: 'Now is our time in history where we have an opportunity to make a change' | Local coaches on race in America