Andrews was once considered Navarro's "Manu Ginobili." Now, she is starting for the Panthers as they approach the 4A quarterfinals. 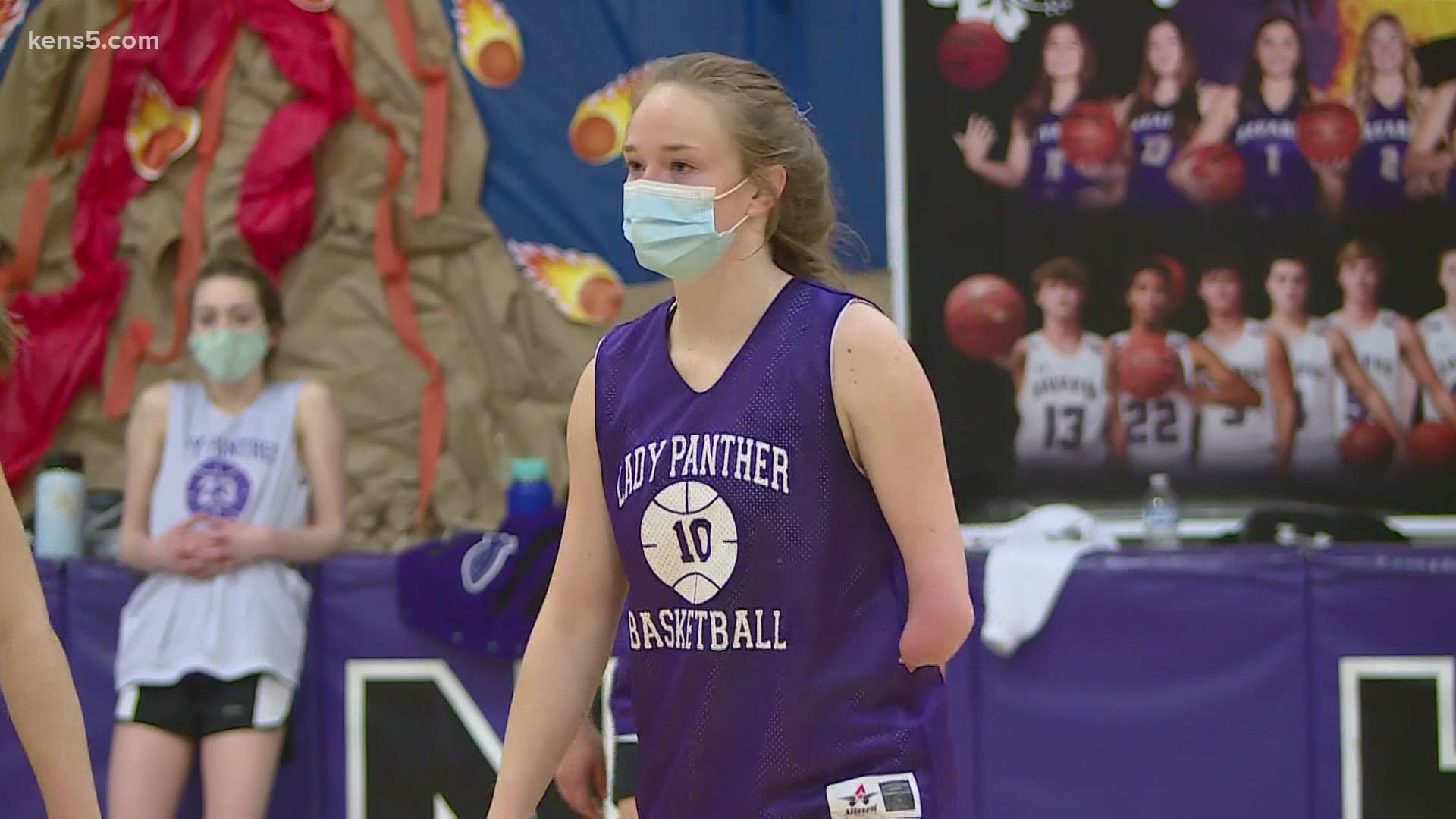 At 27 wins, the Panthers are making a run to the 4A state tournament, and every player is doing their part.

Andrews will always deflect praise, but her squad is thankful for her role on the Panthers.

"I told her when we moved her back to bringing her off the bench, I wanted her to be our Manu Ginobili," Head coach Darrell Harborth said. "You know, our sixth man off the bench."

There are a lot of similarities between the two.

"She always pushes us. She always hypes us up," junior forward Mary Gilliam said. "She really holds the team together."

Manu is a lefty.

And Berklee is not.

"I obviously cannot go left very well," Andrews says with a laugh. "I will most likely get the ball stolen."

Andrews was born with symbrachydactyly, a rare hand defect affecting one out of every 32,000 babies.

"As a kid, I didn't feel any different, you know?" Andrews said. "That just really set the standard for my life."

The Panthers echo those expectations.

That is not always the case outside of Navarro, though.

"There's always people that I feel doubt me," said Andrews, who plays softball and volleyball as well. "I mean, I walk into the gym and they're kind of like, you know, a little iffy, and that just fuels me. That's where I get my fire and I just want to go out there and prove to them what I can do."

Andrews has her limitations, but she is not alone with her adjustments.

"Whenever someone is guarding me, (defenders) push me one way, but that doesn't get in my head," Andrews said. "I think the team aspect of basketball is what gets me through everything. I definitely need my teammates to help me out sometimes."

Just every player doing their part.

"I think our core values are just working together. As we play together and we all come together, we're incredible," Gilliam said.

We got a buzzer beater from @Navarro_HS!

The Lady Panthers are moving onto the 3rd round and I can't wait to tell the story of an individual featured in this winning play next week: pic.twitter.com/syMwlx7AHQ

There's nothing wrong with being the Manu Ginobili for the team, but when the Panthers played their first playoff game, there was Berklee.

In the starting lineup.

"You know, she relished that (bench) role and did a great job with it. I just felt like we needed her back in the starting role, though," said Harborth, the 23-year head coach.

"She has worked so hard and deserves what she's getting and how she's able to play," Gilliam added.

So while the Panthers make their march to March, so does Berklee.

She has never asked for the added attention, but that has never stopped her from leaving one heck of a lasting impression.

"There's always someone out there that can either teach you something new, that can either show you how to do it," Andrews said. "I just want to let everyone know that if you set your mind to it, anything is possible."