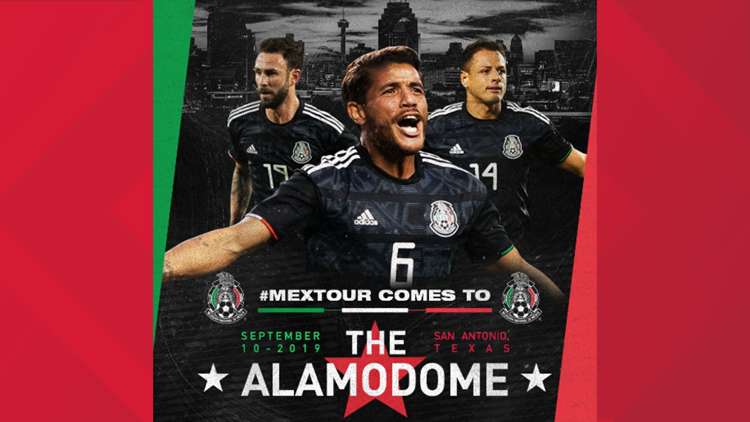 Argentina faces off against Mexican National team at Alamodome

SAN ANTONIO — The two-time FIFA World Cup champion Argentina is facing off against Mexico in the "MexTour" match at the Alamodome on Tuesday.

The Federación Mexicana de Fútbol (FMF), the City of San Antonio, San Antonio Sports and Soccer United Marketing (SUM) announced today that the two powerhouses will be playing right here in the Alamo City. The match will be presented by Nissan.

It will be the fifth and final match of the 2019 Mexican National Team U.S. Tour, which has averaged nearly 52,000 fans per game.

The Mexican team holds a 4-0 record, all against South American opponents.

Tickets for all MexTour matches are available on MexTour.org or Ticketmaster.

You can gear up with merchandise online before the match to show your soccer pride.