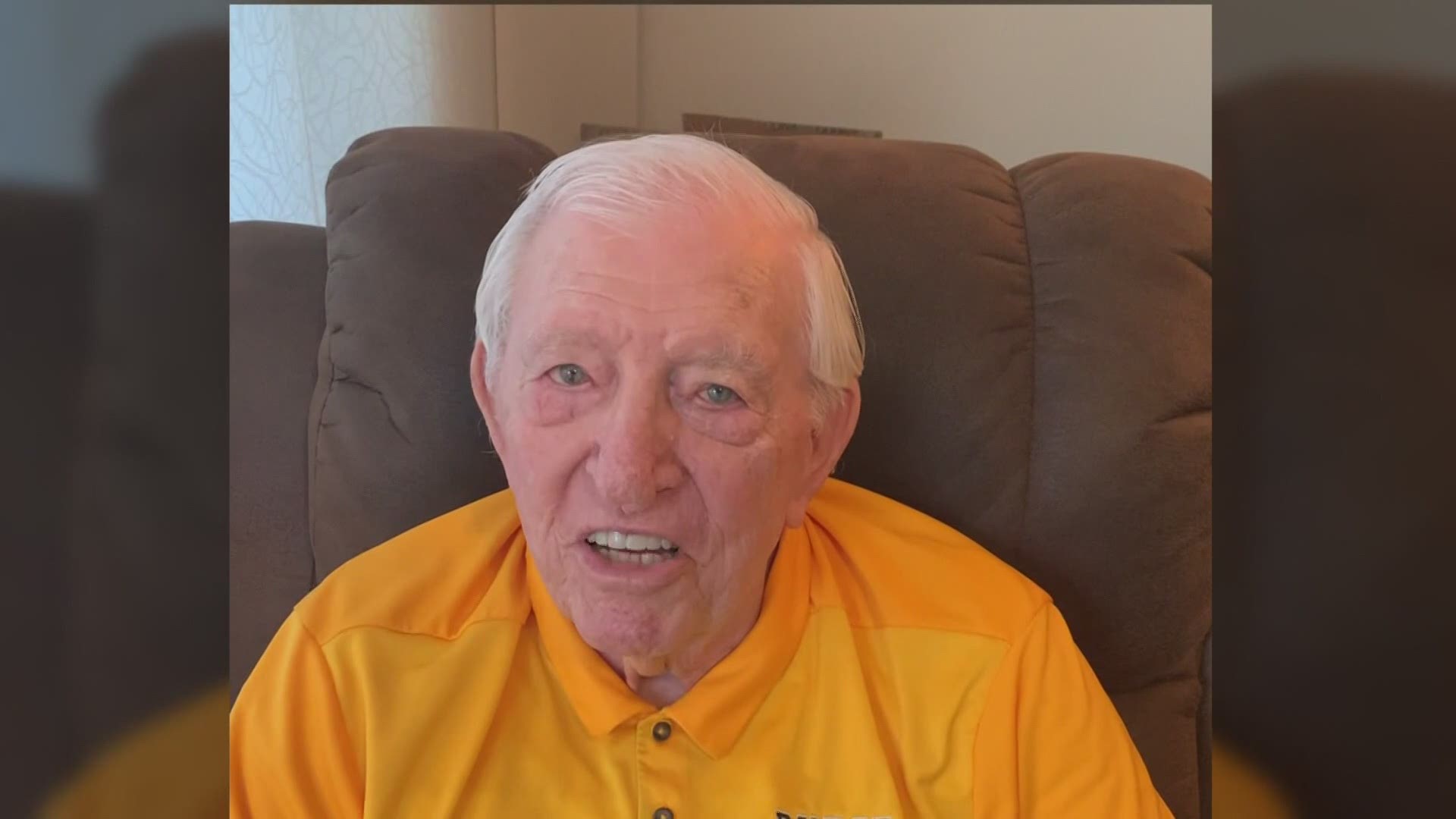 It was supposed to be a matchup of titanic proportions. Sports pundits were expecting a close contest, but Baylor ran up the score quickly and held firm the entire game.

Coach Scott Drew, who took over the team when it was in ruin via scandal in 2003, returned to Waco Regional Airport from Indianapolis Monday with the team.

He exited the plane with the trophy in hand, a goal 18 years in the making.

RELATED: Fans welcome Baylor Bears back to Waco after historic win against Gonzaga

Drew took over the team after the murder of player Patrick Dennehy, who was shot by fellow teammate Carlton Dotson.

Dennehy's death uncovered drug abuse on the team, improper payments from coaches to players, and other NCAA violations.

No doubt, a dark time that Drew shined a light on.

The Bears have made the NCAA Men's Basketball tournament nine times since Drew took over.

Before that? Baylor had seen some lean years.

But two years were thrown around Monday night by announcers during the broadcast of the game: 1948 and 1950.

Cobb lives in the Houston area and was a forward during his time at Baylor.

"We had him in front of the TV, and you know 8 p.m. is usually his bedtime," Bart Cobb said with a laugh. "We pretty much knew with about 15 minutes left in the game that it was over."

Cobb was named to Baylor's Athletic Hall of Fame Wall of Honor in 2009.

After graduating from college, he was in education for 37 years. He began as a coach and then transitioned into an administrator for Galena Park ISD.

Cobb was also a founding director and vice chairman of the board at Woodforest National Bank.

But basketball is still a passion for the 92-year-old, especially this season.

Cobb recalled hitting a game-winner vs. Texas during his heyday.

"I was sitting on the bench, and the coach told me to steal the ball and get him four points, well I got five," Cobb said with a laugh.

"We won the game, and they carried me around the court seven times and then dropped me in the center circle."

But nothing could beat counting down the final seconds of the game with his son Monday night, though.

"We counted it down together," Bart Cobb said. "To experience this with him is one of the most special moments in my life."

"Once you're part of it, you follow it for the rest of your life," he said.