After coming out of her hood, the snake wrapped itself along the rear-view mirror 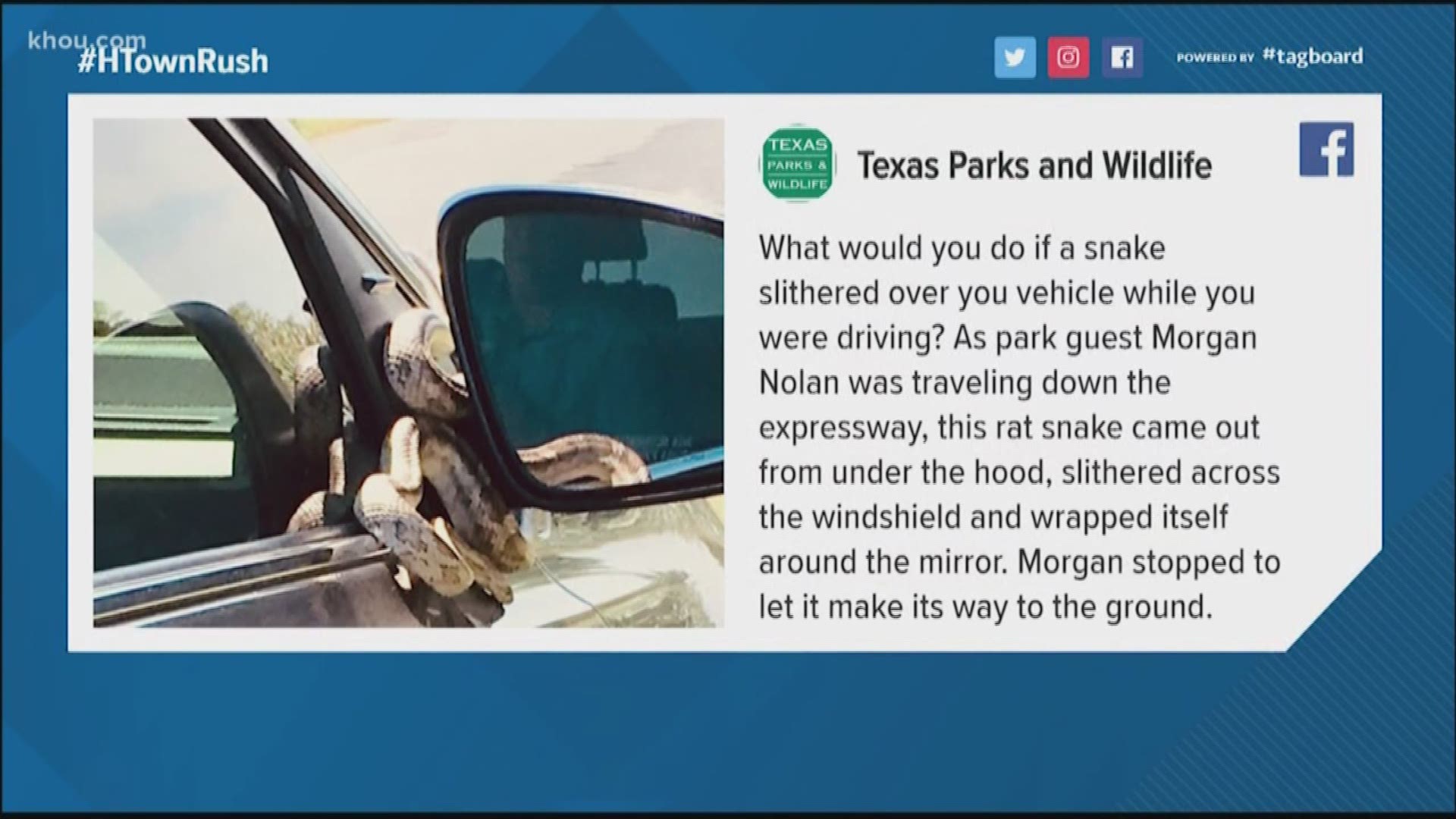 WESLACO, Texas — Imagine driving down the road and you see something slithering out from under your hood.

It happened to a woman leaving Estero Llano Grande state park in Weslaco.

According to park officials, Morgan Nolan was pulling out of a parking lot there and the snake came out as she was driving on the expressway.

First it went across the windshield and then wrapped itself around the rear-view mirror.  She pulled over and let the slippery serpent slither on down to the ground. 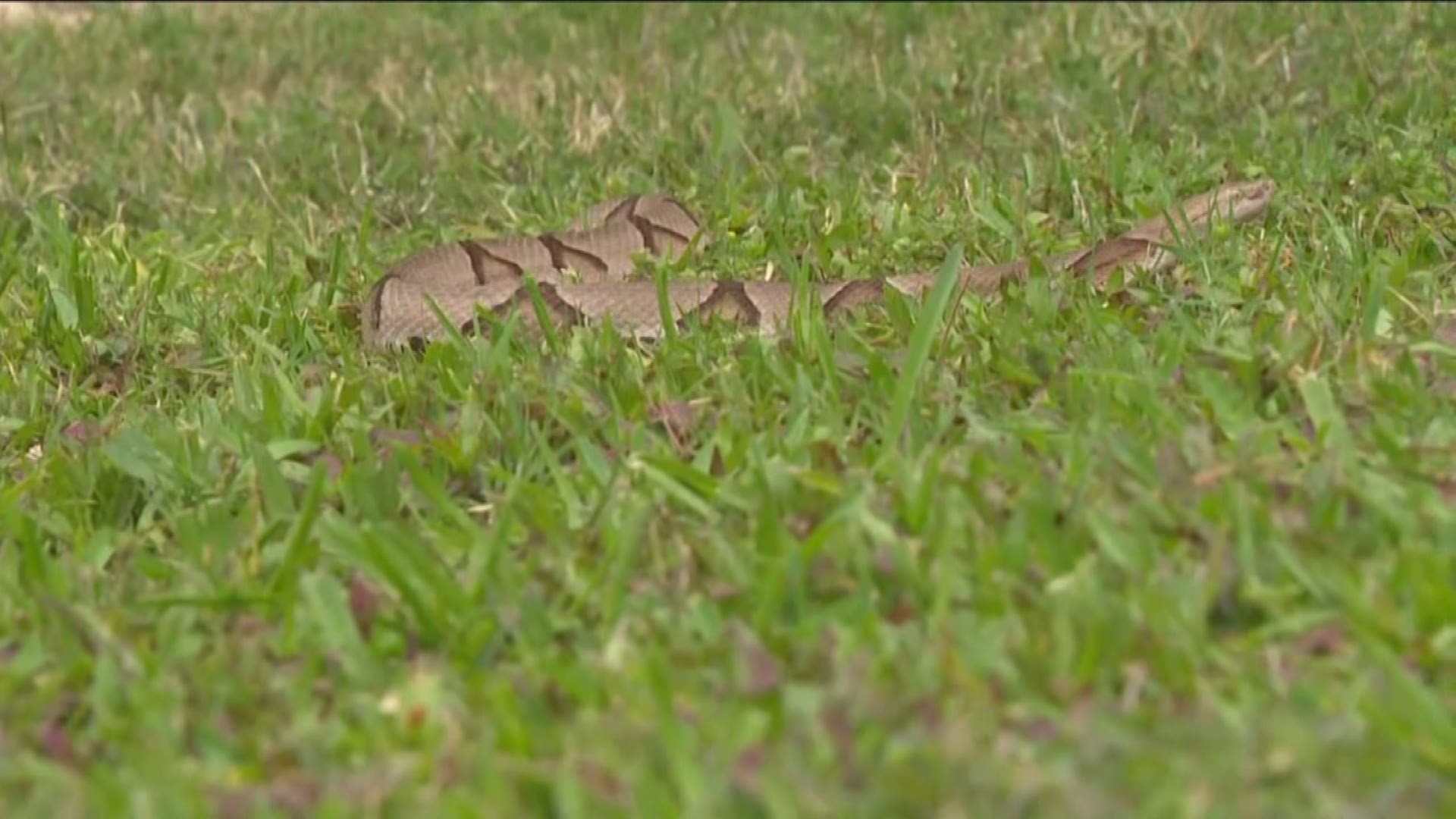