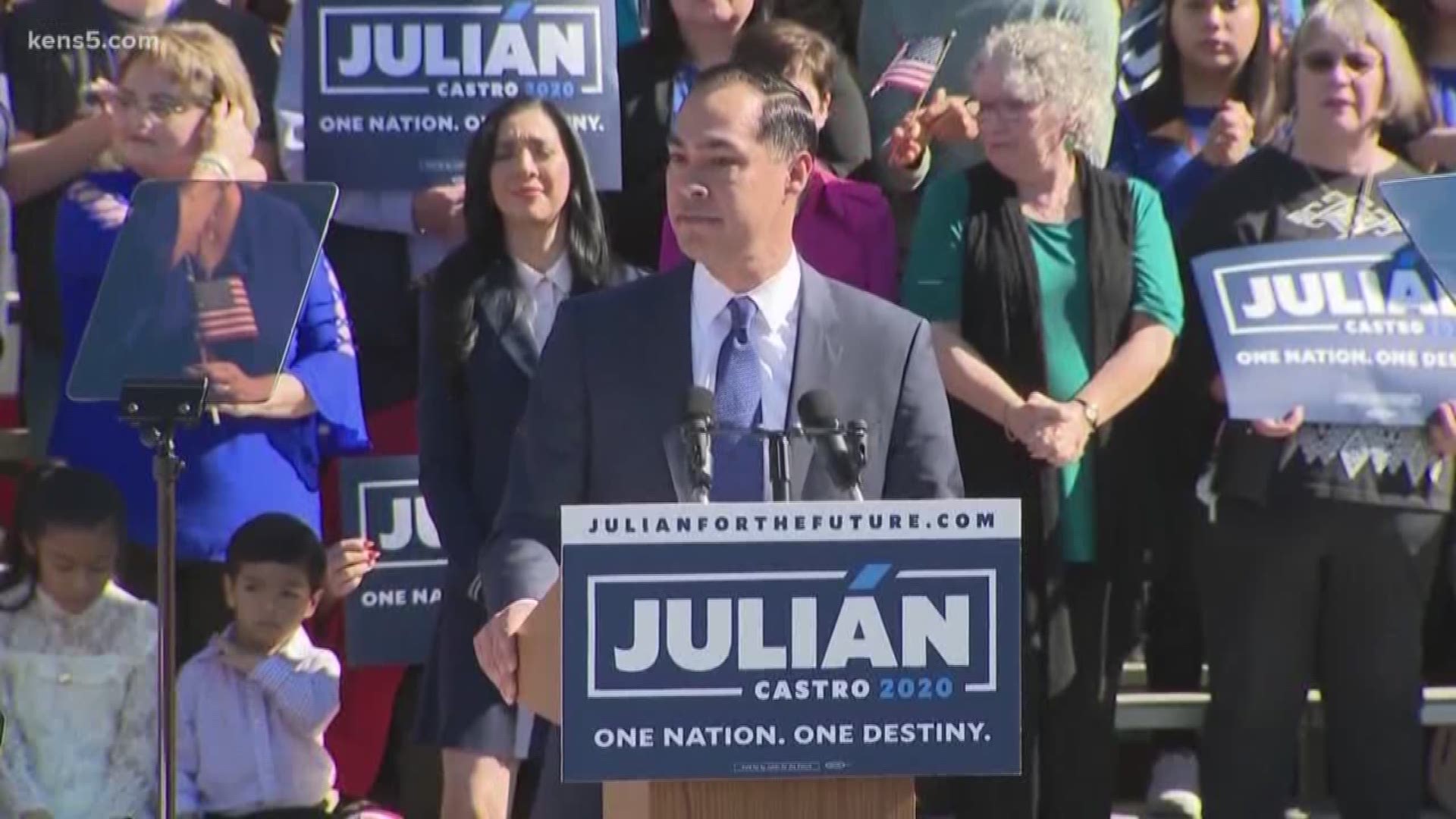 "I'm running for president because it's time for new leadership," Castro said at a rally at the Plaza Guadalupe in west San Antonio.

Castro spoke in front of hundreds of supporters in his hometown recalling his mother and grandmother's spirit of activism and community involvement.

"When my grandmother got here almost 100 years ago she never could have imagined that just two generations later, one of her grandsons would be serving as a member of the United States Congress and the other would be standing with you here today to say these words: I am a candidate for president of the United States of America," Castro said.

Castro, who served in President Barack Obama's second term, met Tuesday with the Latino Chamber of Commerce president and an active Hispanic student union in North Las Vegas, where he spoke about universal health care, affordable housing, and climate change.

He plans to meet Tuesday night with the Las Vegas-based Clark County Democrats.

The visit comes days after Castro spoke with party activists at a crowded house party in North Liberty, Iowa after forming an exploratory committee last month.

Castro introduced himself to Iowa Democrats on Monday night as a champion for universal health care and affordable housing as he indicated he was close to launching a run for the presidency.

His visit is the first public visit to Nevada by a potential 2020 candidate this year, though he and other potential 2020 contenders made appearances during last year's campaign season.

(Copyright 2019 The Associated Press. All rights reserved. This material may not be published, broadcast, rewritten or redistributed.)