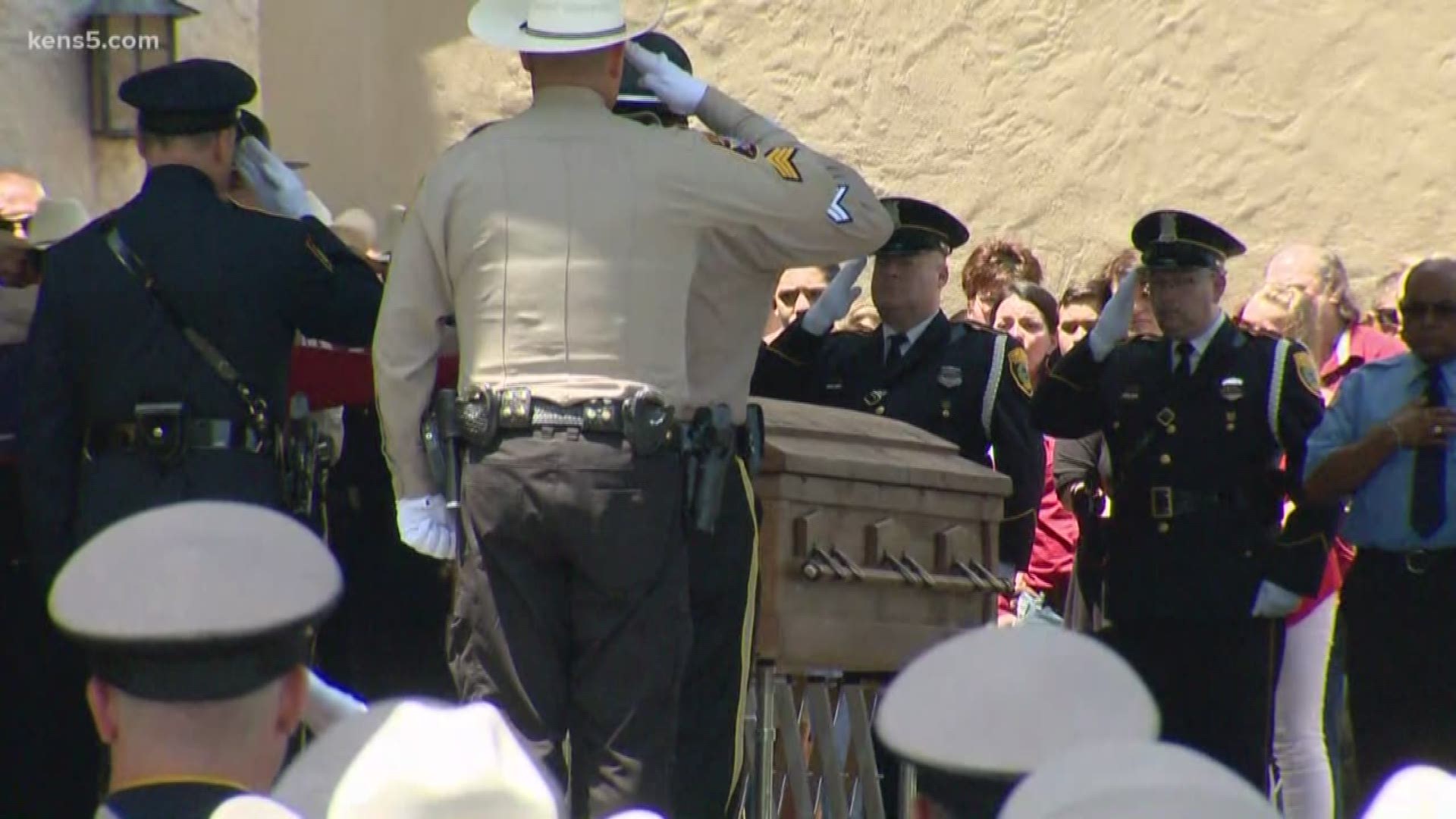 Thursday was an emotional day for the community of Kendall County as well as friends and family and fellow law enforcement as they gathered to honor Deputy Carlos Ramirez.

The Kendall County deputy was struck and killed during a traffic stop on I-10 near Boerne on July 2. Deputy Ramirez had been with the sheriff's department since 2016 and had also served as an Army reservist and had recently been deployed to Africa. He leaves behind a wife and two children.

KENS 5 is live streamed the memorial service, which began at 1:30 p.m.

Kendall County Sheriff Al Auxier lead the attendees in prayer before talking about Deputy Ramirez and how the community has rallied around Ramirez's family in their time of need.

"On behalf of the Kendall County Sheriff's Office, the citizens of Kendall County, my gratitude for what we are witnessing here today, cannot be expressed."

Sheriff Auxier marveled at the strength and faith of Ramirez's wife upon learning of her husband's death. When Sheriff Auxier delivered the news to Jessica Ramirez, she asked that he pray with her.

"You honored me by this request to be your voice to God and for this, I am extremely honored."

The 32-year-old from Boerne, Texas also went by the nickname of "Smiley."

Sheriff Auxier explained that he was known as Smiley because "he always had that big old grin on his face."

In addition to being a positive and upbeat man, "his zest for life was family."

Ramirez is survived by his wife Jessica, daughter Ava, and son Alex, in addition to his parents and extended family and friends.

Carlos' buddy from the National Guard commended Ramirez's leadership skills, saying "He was a team leader. He was a mentor. His men under his leadership absolutely loved him and looked up to him. He was always so upbeat... You received great joy when you were around Carlos."

In between songs, performed by various members of law enforcement, Jason Brown, the pastor of 1910 Church in Boerne and chaplain of the Boerne PD took to the stage.

Perhaps one of the most revealing moments of the memorial service was when Pastor Brown recalled a conversation he'd had with Ramirez's late wife.

In response to the driver involved in the accident that took the life of her husband, Jessica said, "I want him to know that I'm not angry at him. Accidents happen."

Furthermore, Ramirez's family acknowledged that Carlos died doing what he loved and that he wouldn't have had it any other way."

Deputy Ramirez will be remembered by many as an upbeat man who loved his family and loved his job.

Pastor Brown noted that since joining in 2016, Ramirez had never missed a day of work and he was never late. A position with the Kendall County Sheriff's Office was the only job he applied for. "He loved it so much that he might've been the only deputy that wore cowboy boots to work."

"He wore that badge with honor and pride." 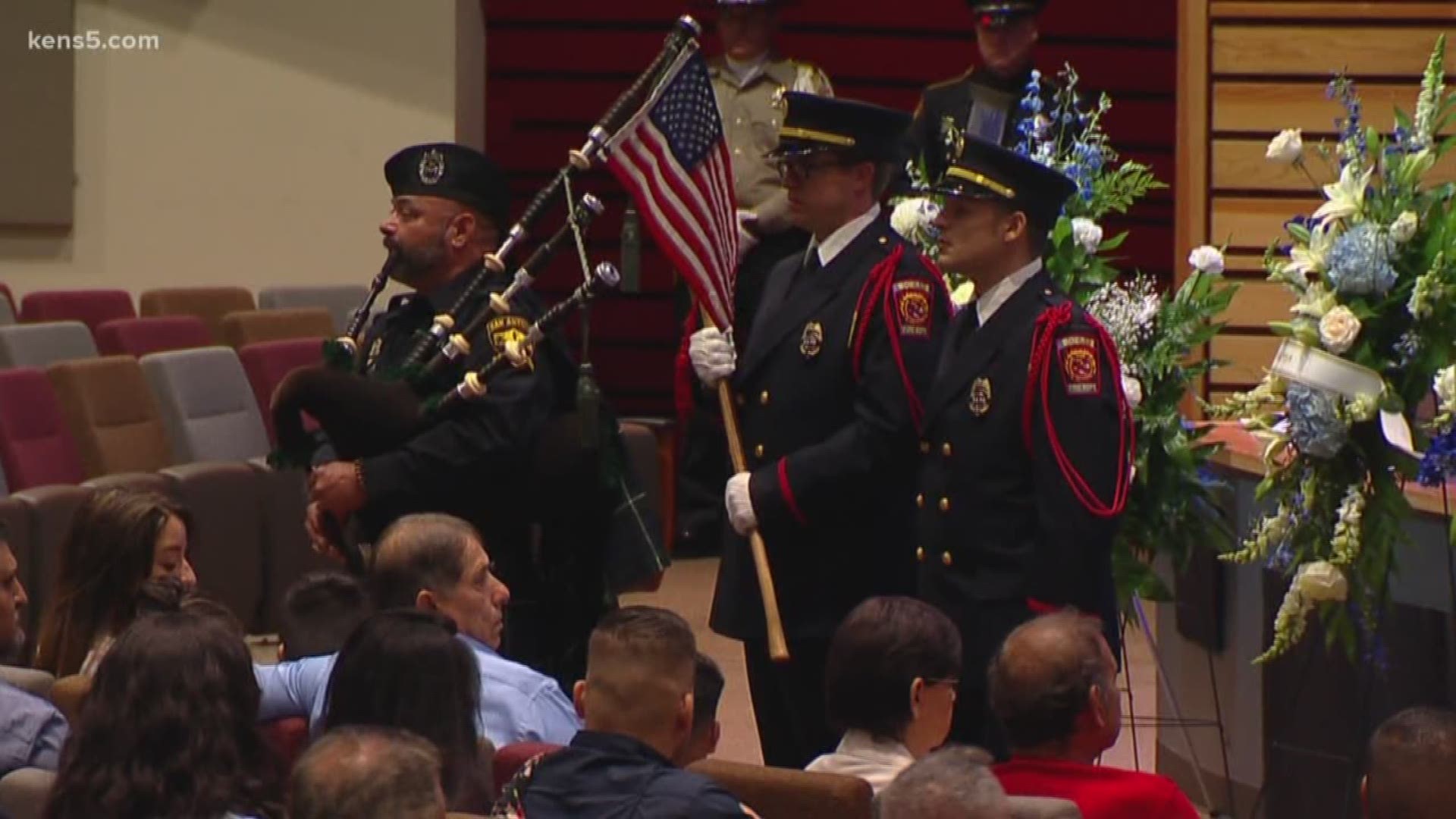 Several other events honoring the deputy are slated throughout the day, including a procession from Comfort High School that began at 11:15 a.m.

The day will conclude with a procession to the airport where Deputy Ramirez will be flown to El Paso to be buried.