Widow and friend of Comal County deputy, marine veteran, reflect on a man who loved and led in life

A GoFundMe fundraiser has generated more than $25,000 to support the Parra family during this tragic time. 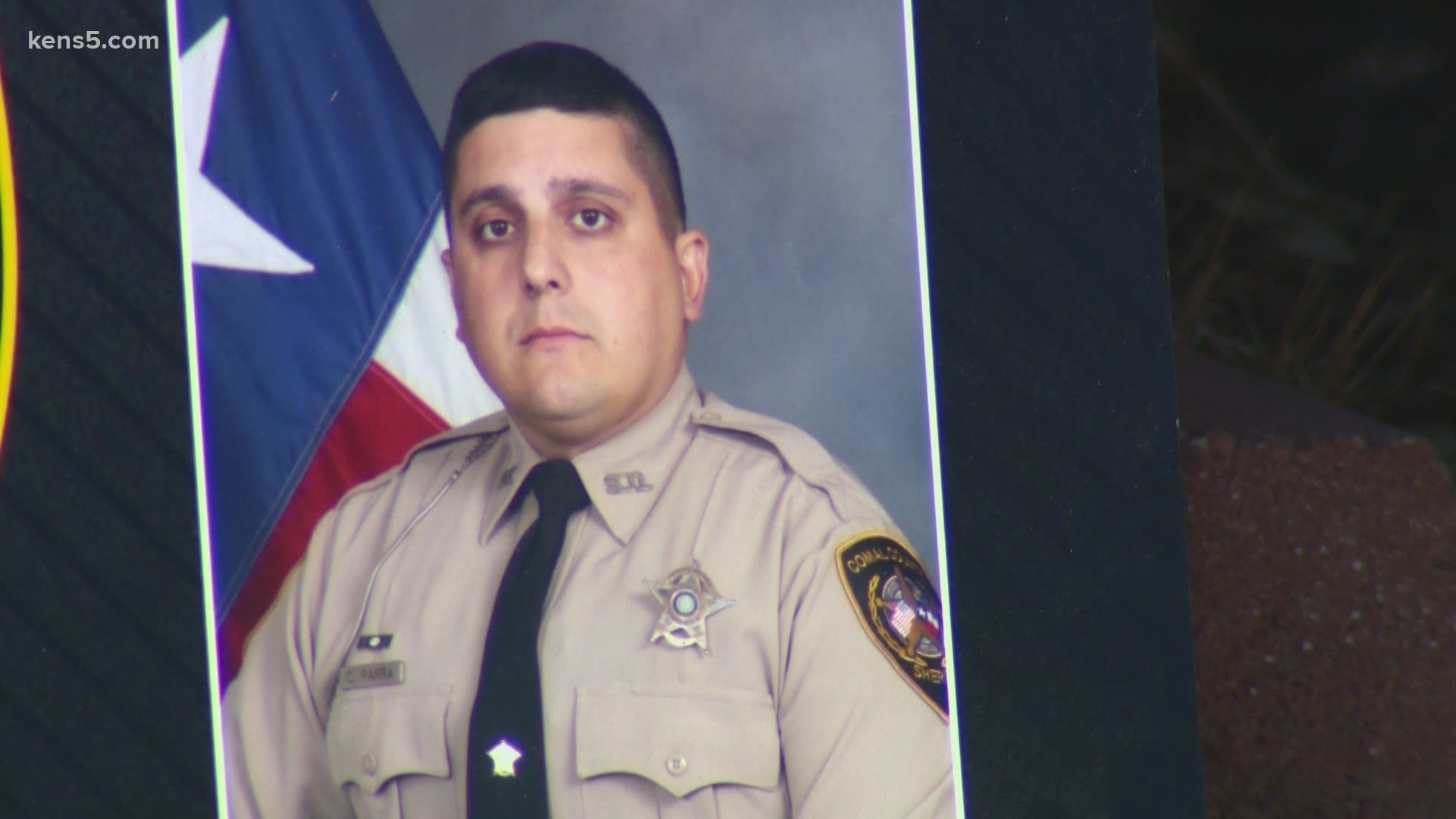 SAN ANTONIO — For 15 years of marriage, Carrie and Christopher Parra, journeyed life together, making the best of every moment.

“We basically spent half our lives together,” Carrie said.

He joined the CSSO in July 2015 after serving in the U.S. Marines. Parra was honorably discharged in 2014 as a sergeant.

Carrie and Christopher possessed an inseparable bond filled with adventures and five kids. She admires her husband for his ability to love not just his family, but his country and community as well.

“He was my best friend and we had a very beautiful, honest and real relationship,” Carrie said “If you ever met him, he’s definitely stubborn. “He’s all about leadership and pride all those wonderful qualities.”

Brandie Bedore works as a law enforcement officer and also serves in the military. Christopher was a friend whom she thought of dearly.

“Every loss is heartfelt,” Bedore said

Bedore organized a GoFundMe to bring awareness to Christopher’s passing and help out the Parra family.

The GoFundMe has broken several benchmarks already, raising more than $25,000.

"The outpouring of support and love that the community is showing is amazing,” Bedore said.

As for the Parra’s, they’re keeping strong as can be during this time of grief and plan to uphold Christopher’s memory as long as possible.

“I don’t there are the words to express how amazing he was and how it was an honor to be on that adventure with him and the chaos that some of those things can bring. I’m so grateful to have been a part of his journey,” Carrie said.

To financially support the Parra family, click here for the GoFundMe page.