It could be the coolest or creepiest place to enjoy some barbecue. 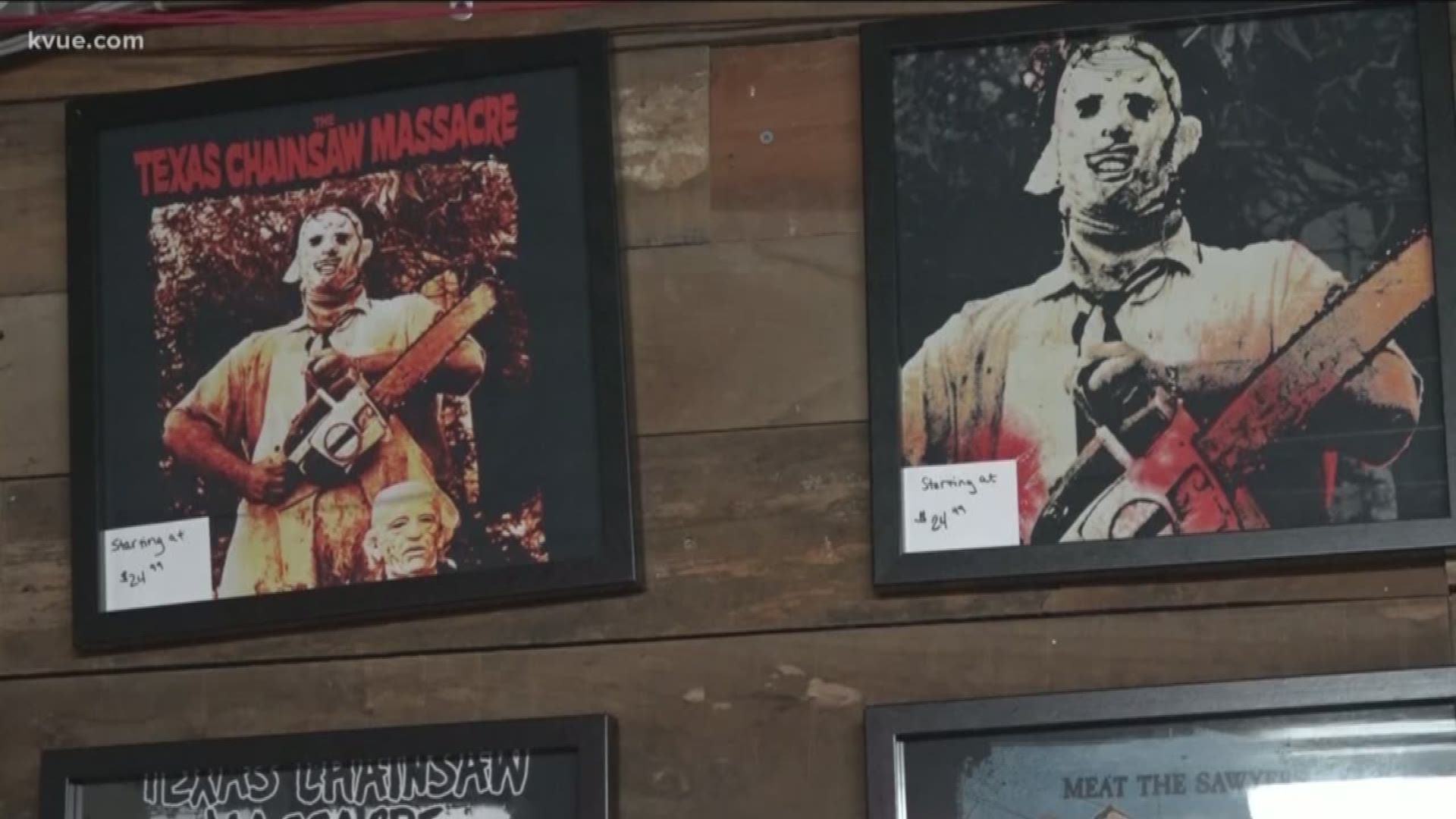 AUSTIN, Texas — If you're cruising down Highway 304 and head just south of Bastrop, you'll probably pass by a quiet – and familiar – building.

The original 1974 film "The Texas Chainsaw Massacre" was filmed at a gas station along the highway.

Well, The Gas Station is now a restaurant, serving up barbecue and all sorts of merchandise for horror movie buffs.

"We actually have a gas pump that every once in a while we take out ... the Coca-Cola machine that's exactly the one from the movie, we take out," Manager Ben Hughes said.

The actual owners of the lot bought it years back, refurbished the building and opened it to the public in 2016.

They even have a replica of the van from the movie parked outside.

"If you're a fan of the movie to begin with, then coming out and actually getting to be in a place where it was, it really heightens it for you," Hughes said.

But if you dare, you can also spend the night there!

They have four cozy mini-cabins right behind the restaurant, so visitors can experience the full effect.

There's also a full patio and, sometimes, some movie nights. Don't worry, they promise not to scare you.

"We want to make sure that everybody that comes out has a good time and not just freakin' out or anything like that," Hughes said.

Although the nostalgic site may seem a little spooky, they say it's been very welcoming to all visitors.

"It's a place of enjoyment, man, you know? You have people who are not just horror film people but just movie people in general," Hughes said. "Just go and have a good time, see some cool things, eat some good food and just talk with people."

'We lost her so young' | Friends, family mourn Round Rock teen killed in crash