One worker driving another tarmac vehicle was able to run into the truck and stop it before it damaged a nearby jet. 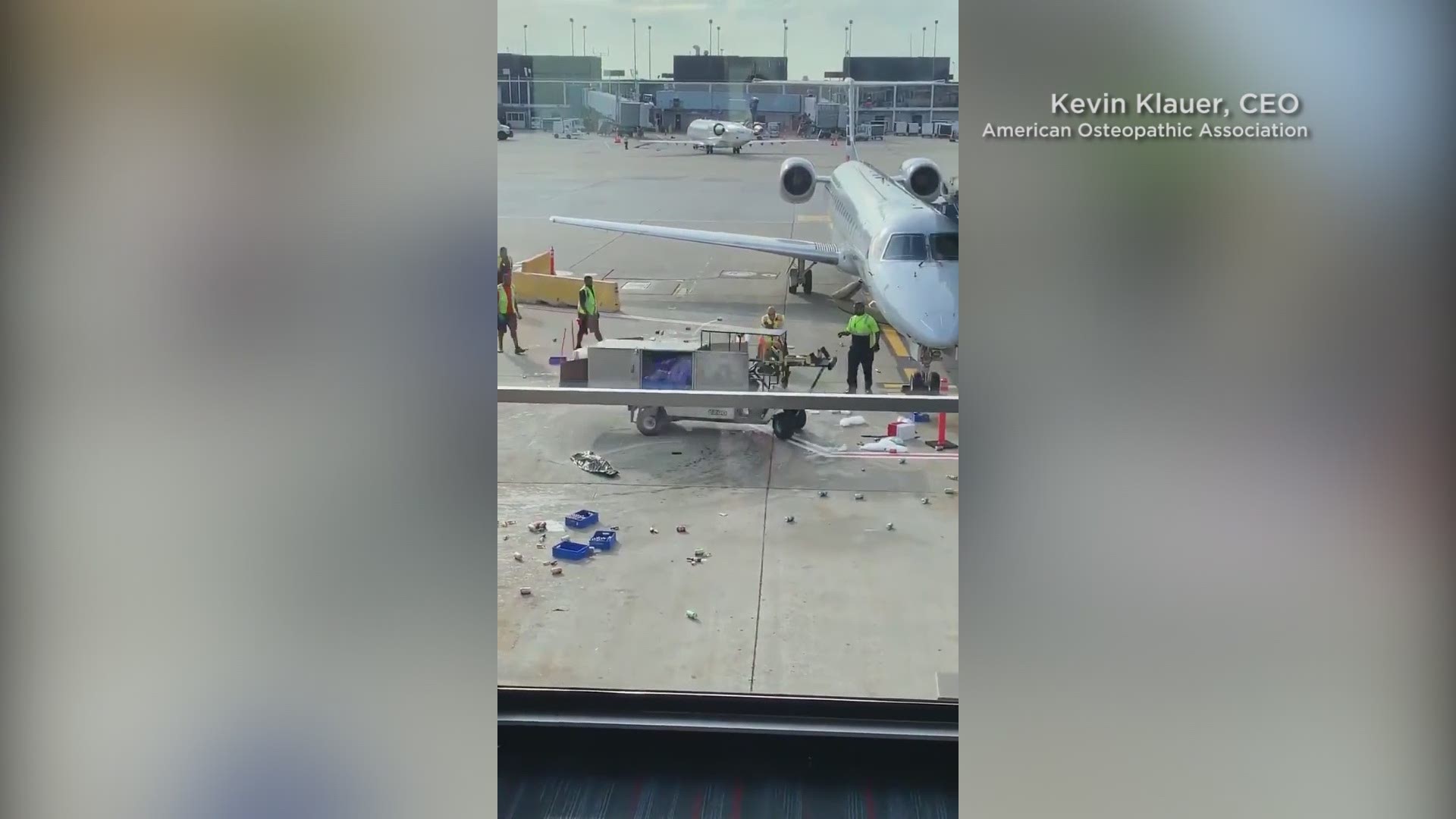 CHICAGO (CBS) — A small catering truck spun out of control at O’Hare International Airport Monday and began spinning around in circles next to a plane.

Twitter uses Kevin Klauer captured video of the catering truck, which was seen spinning backward in a circle on the tarmac next to a plane parked at the terminal and attached to a jetway.

There did not appear to be anyone in the truck, and workers on the tarmac ducked, out of the way until one worker driving another tarmac vehicle was able to run into the truck and stop it.

The truck’s contents fell out once it stopped.

American Airlines said Monday night that it was investigating the incident. The airline said preliminary reports indicated that the accelerator got stuck and caused the cart to lose control.

No American Airlines workers were injured, and the incident only caused one flight delay that lasted 10 minutes, the airline said.

“We appreciate the quick action of our team member who stopped the vehicle,” the airline said.