Wagner on cusp of Class 5A boys basketball state title 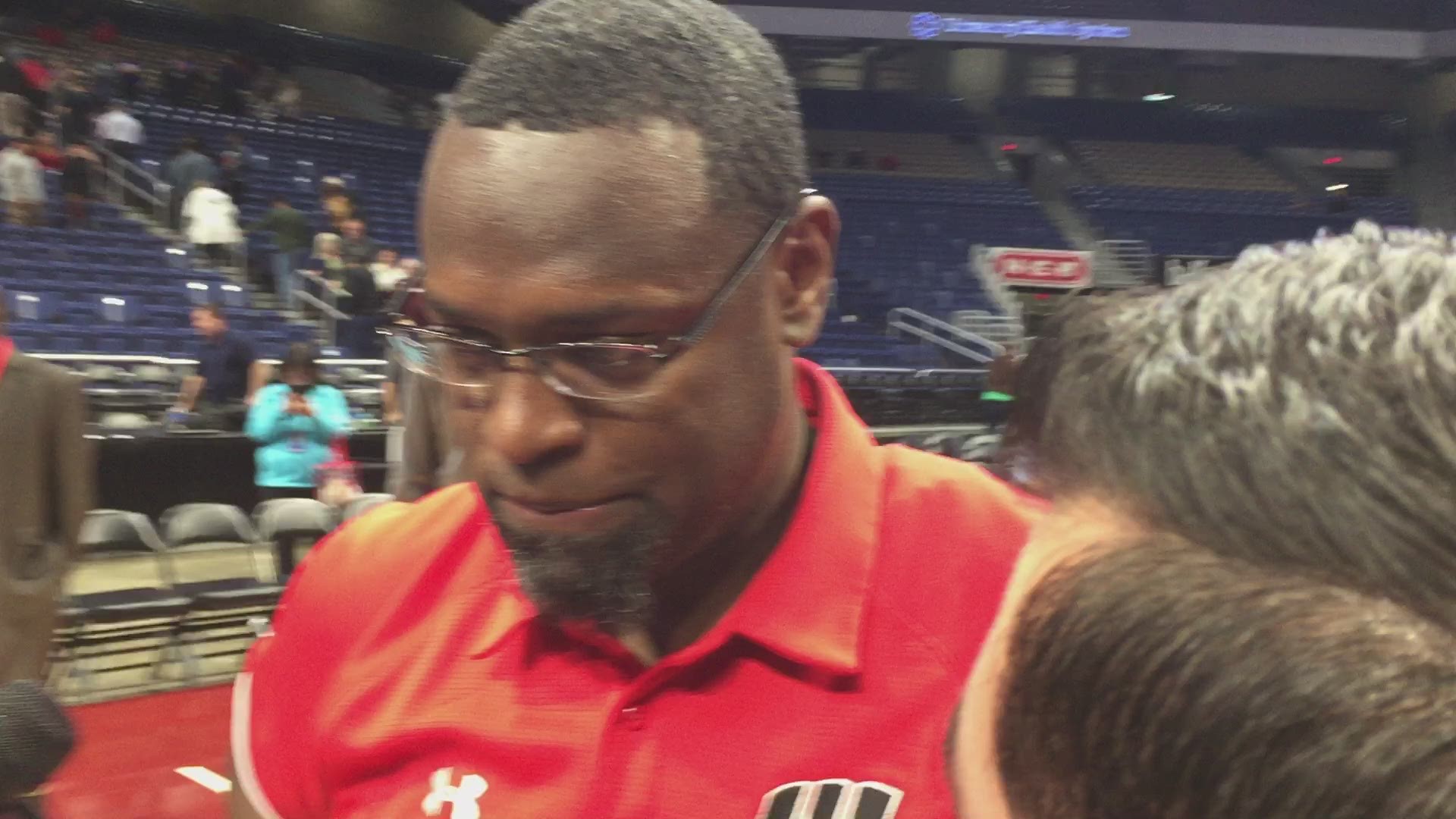 Wagner (33-5) plays Mansfield Timberview (37-2) for the 5A championship Saturday at 3 p.m. The Thunderbirds beat the Wildcats 70-68 in the Whataburger Classic on Dec. 29 in Haltom City.

Timberview advanced to the title game with a 79-55 victory against Manor in the first 5A semifinal Thursday night.

"Great team," Wagner junior guard Journee Phillips said of the Wolves. "I feel like we play alike, playing fast and getting up on the defensive end, so it's just going to be a dogfight in the Saturday game."

Wagner, which has won 19 consecutive games, is in a state final for the second time in three years. The Thunderbirds, who dropped to 5A at the start of the current school year with the UIL’s biennial realignment, lost to Cypress Falls 63-57 in the 6A championship game in 2017.

Phillips scored 19 points and Jackson had 18 to lead the Thunderbirds in the win over Sulphur Springs. Sophomore guard Ja’Sean Jackson, Jalen’s brother, finished with 12 points and was the only other Wagner player to score in double figures.

“We beat them earlier this season, but we’ve got to refocus because they’re a different team than they were back in December,” Jalen Jackson said of Timberview.

“They don’t want to let people down,” Clark said.

A Wagner victory Saturday would give the Judson ISD its second state championship in a week. The Judson girls won the 6A title last Saturday.

The Thunderbirds are trying to become the first boys public-school team to win a championship since Jay took the 5A (now 6A) crown in 2002.  Antonian won the TAPPS Class 5A boys title last week.

The three-day University Interscholastic League boys tournament at the Alamodome ends Saturday night with the 6A championship game, which is scheduled to tip off at 8:30.