A group of volunteers will continue to expand their search Sunday afternoon, 16 days after McDonald disappeared. 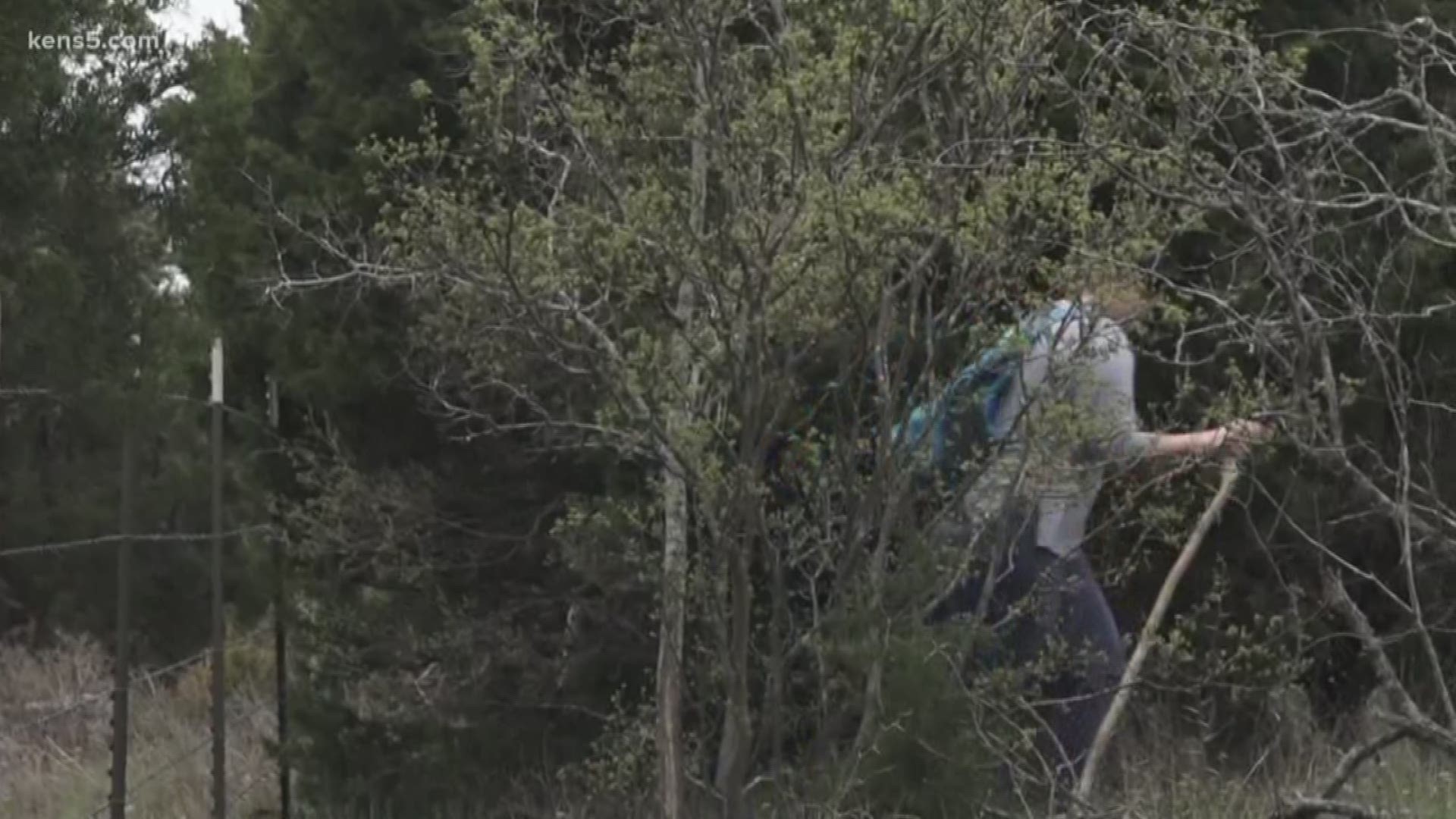 SAN ANTONIO — It's been just over two weeks since Andreen McDonald, local business owner and mother, was last seen. Her husband, Andre McDonald, remains in jail on a tampering with evidence charge.

Meanwhile, Bexar County deputies continue to search and investigate, but they have not called for a community search this past week.

But that hasn't stopped a network of volunteers who have been helping in the search for Andreen since she went missing. Marie Kaffaga and her husband are part of the group that takes it upon itself to go out and search every day.

"Since the first day, for me, I just got this feeling like I needed to be involved and I haven't stopped since," Kaffaga said.

On Saturday, Kaffaga was searching on her own along US-281. The group has been calling in resources to help in the searches. Kaffaga said they have searched at Camp Bullis, the Stone Oak area near the vicinity of the McDonald's home, Canyon Lake and other area.

"It's been tough conditions and there's not a whole lot to go on," she said. "We are trying to put ourselves in the situation and figure out maybe (where) we would go, as morbid as that sounds, but we're looking on the satellite maps for desolate areas like this, but (that) are easily accessible."

The Bexar County Sheriff's Office said friends reported Andreen missing March 1 when she didn't show up for work. She was last seen the night before.

"It wasn't difficult for them to know something was wrong that early," Andreen's aunt, Cheryl Spencer, said.

Sheriff Javier Salazar said on March 2 that deputies executed a search warrant at the McDonalds' home and found a number of items that led deputies to believe Andreen was dead, leading to her husband becoming a person of interest in the investigation.

McDonald, a major in the U.S. Air Force, was charged with tampering with evidence in connection to his wife's disappearance. This week, deputies said McDonald was still not cooperating and requested to have his $2 million bond reduced.

"People want justice. People want closure for this family. We want to know what to know what happened to this amazing woman who was such a pillar to the community," Kaffaga said. "For the daughter to have closure and for him to get what he deserves—that's what keeps me going."