Video: Young girl is OK after being struck by hit-and-run driver in Cypress neighborhood

WARNING: The video in this story may be difficult to watch. 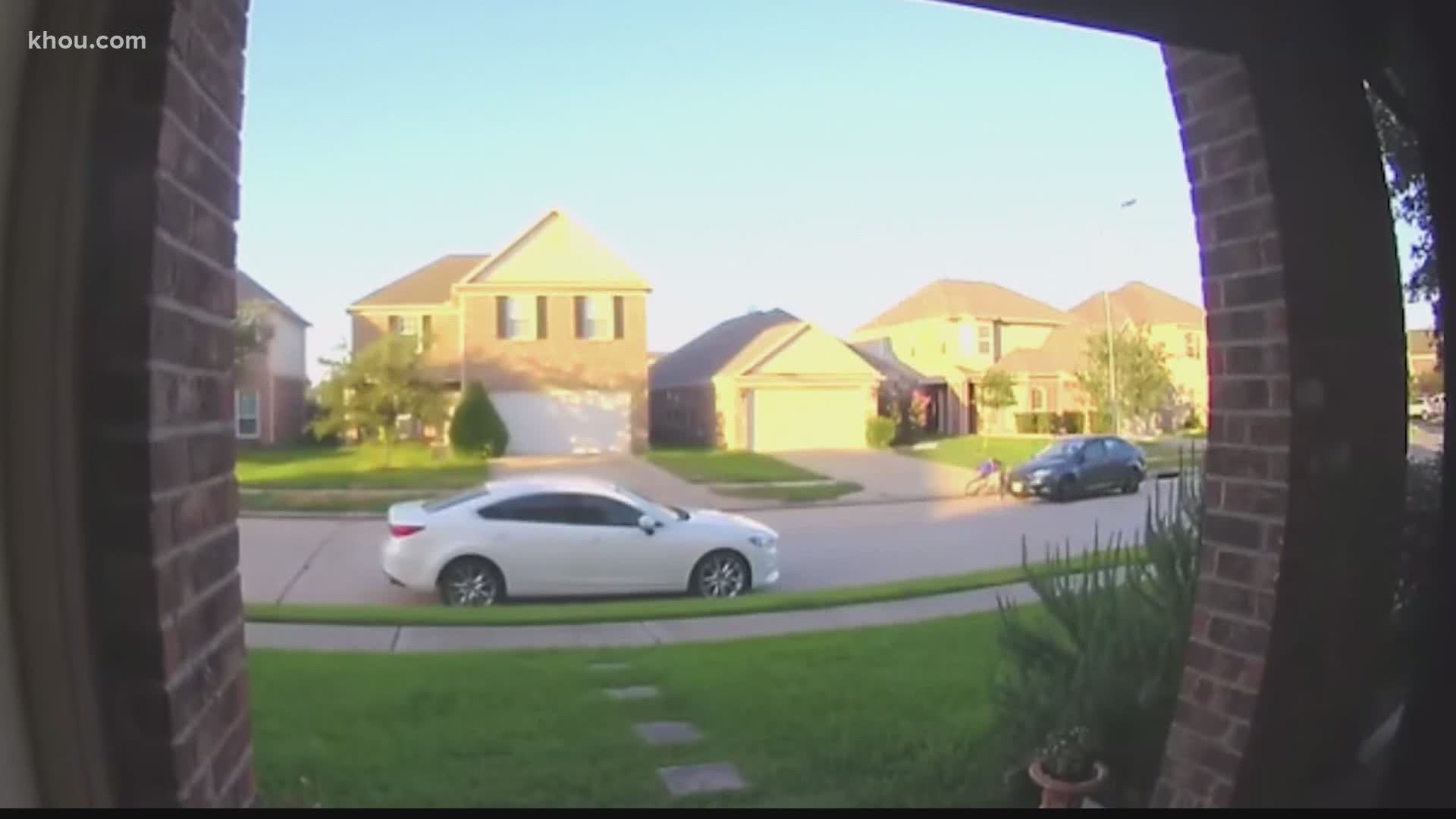 CYPRESS, Texas — No parent wants to imagine their child being hit by a driver who didn't even stop and call for help, but that's the reality for one Cypress family that wants answers after their 9-year-old daughter was struck by a car while riding her bicycle to her friend's house on Saturday.

This incident happened at about 7:40 p.m. and was captured on a neighbor's Ring doorbell camera, then shared on Facebook.

“Our Ring camera’s right here so it catches every motion that goes on," neighbor Eddie Hromcik said. “You could hear the brakes screech a little bit and they continued off and drove off.”

WARNING: The video may be difficult to watch.

In the video, you can see the girl riding her bicycle along a street in the Villages of Cypress Lakes subdivision when she gets hit by what appears to be a gray, four-door sedan, causing her to fly off the bike and land in the driveway of a home. The driver did not stop.

In the video, you can hear the young girl crying for help as the car drove away. She tried to get up and walk away, but struggled and fell back to the ground.

We found the girl and her family who said she's OK and only suffered minor bumps and bruises.

“I was lost, I was distraught. I could hear her crying in pain and I didn’t know where she was,” the girl's father Troy Lott said. “I came down here to Mr. Eddie's house and asked if they had any camera footage that would show what happened. With a lot of support from the neighbors who did some research, we did find out there was a video that actually showed what happened.”

Deputies said the female driver turned herself in. No charges have been filed at this time but she could be charged with felony failure to stop and render aid.

"When I first viewed the video, I was shocked. I was astounded. As a father viewing that you know — I have some pretty strong opinions on it,” Lt. D. Garza with the Harris County Pct. 4 Constables Office said.

Several officers were devoted to the investigation. Late Saturday night, they were able to identify a vehicle that matched the vehicle in the video. When they spoke to the owner of the vehicle, the woman denied knowing anything about a crash.

On Sunday morning, her story changed. Constable Mark Herman said the woman called and confessed. She said after she struck the girl, she panicked because she didn't have insurance.