VERIFY: The confirmation process for Judge Barrett would not be the quickest in modern history

Several other Supreme Court judges have been confirmed in a shorter span of time than is left before Election Day. 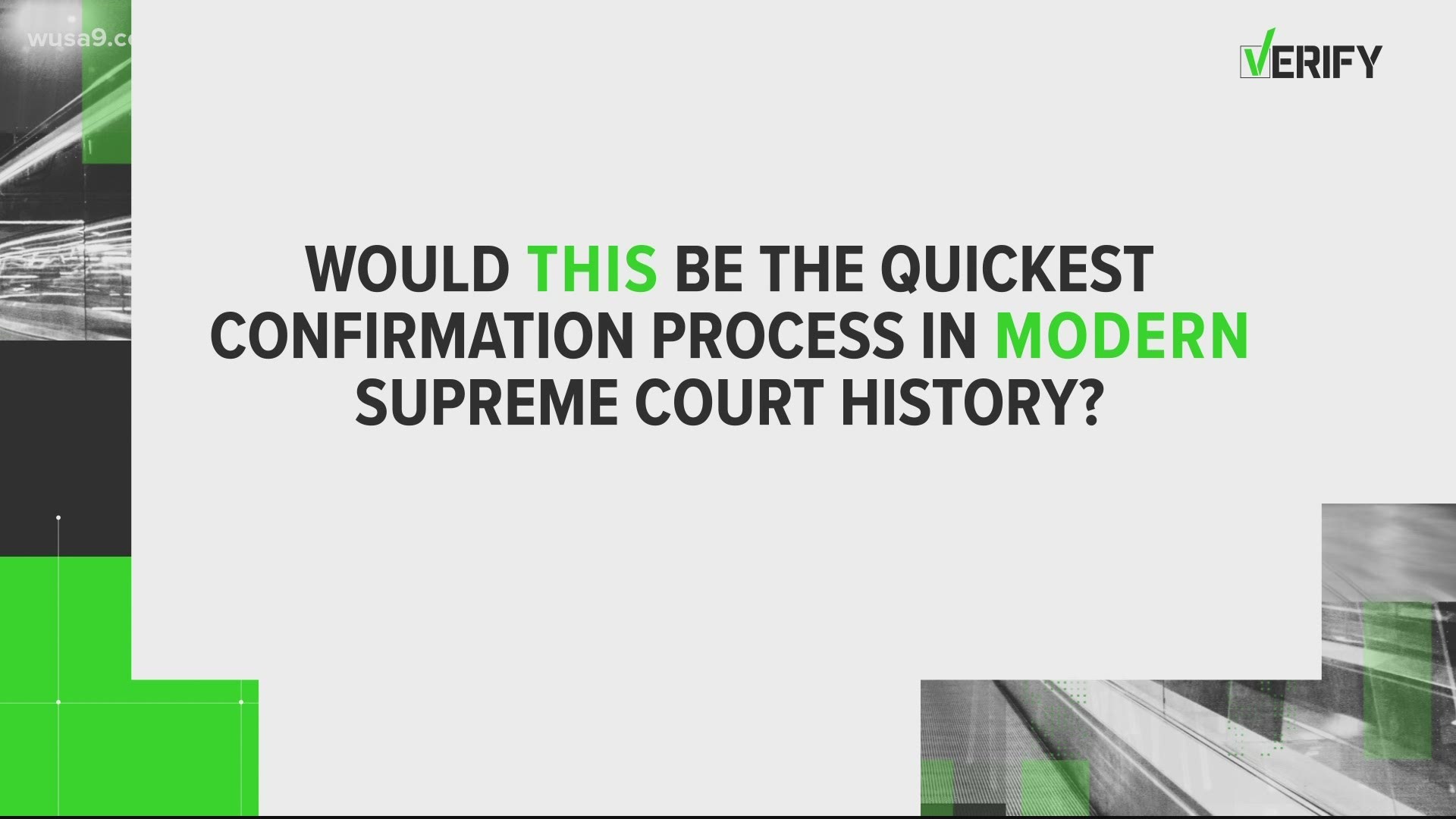 WASHINGTON — Over the weekend President Donald Trump nominated Judge Amy Coney Barrett to the vacant seat on the Supreme Court. Many people online said they felt like the process is being rushed because the election is in a little over a month.

RELATED: VERIFY: No, Amy Coney Barrett would not have to recuse herself if there is a disputed election that lands in front of the Supreme Court. Here's why

If Judge Barrett is confirmed before the election, would this be the quickest confirmation process in modern supreme court history?

Not necessarily. There have been several confirmations that have been quicker.

The Federal Judicial Center and the U.S. Senate Records.

We used the data from our two sources to measure from nomination date to confirmation vote for the last 50 years.

We learned that since 1970, the Senate has confirmed three justices in a shorter time period.

Which is still not the shortest. That honor belongs to Justice John Paul Stevens. In 1975, the Senate confirmed him in just 19 days.

So, no. Confirmation of Judge Barrett before the election would not be the quickest confirmation in modern history.

For some added context, Judge Ruth Bader Ginsburg was confirmed in 42 days in 1993-- even she had a swift confirmation process.

However, this does not mean Judge Barrett will be confirmed or hat it will happen that quick. The current average of nomination to confirmation for the current bench is 82 days.

No, if the Senate confirmed Amy Coney Barrett just before Election Day, this would not be the fastest nomination to confirmation process in modern #SCOTUS history. #GetupDC @wusa9 pic.twitter.com/rYVTowtVIF

RELATED: VERIFY: If an election is close, could SCOTUS make the final decision?