Verify: Are mom's genes to blame for male baldness?

"Genetics plays a role in everything," Dr. Daniel Brown said. "Forty percent of men will have some evidence of baldness by the time they're age 40." 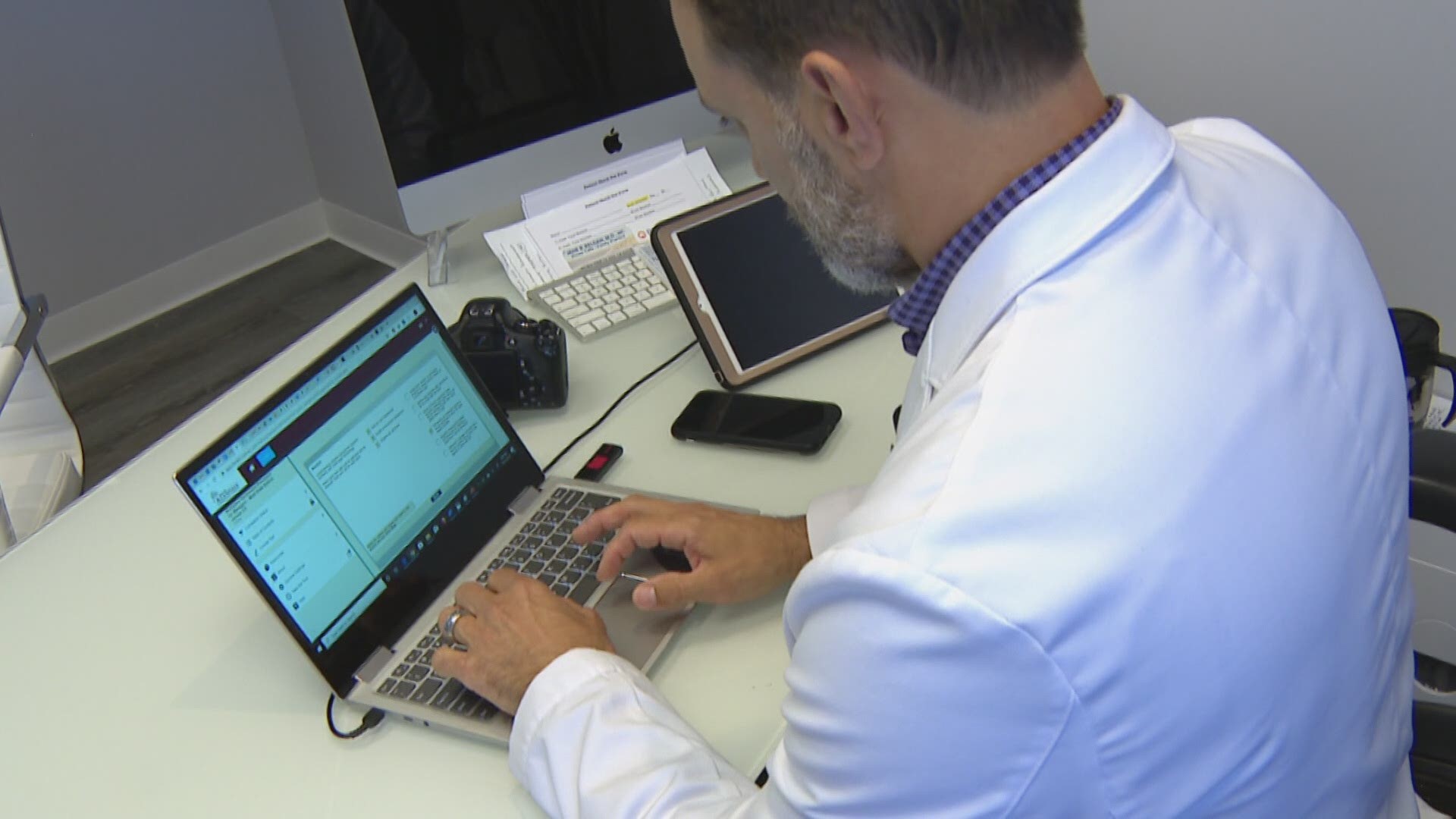 Researchers continue to try and find a cure for male baldness. But so far no one's been able to develop a magic pill to cause hair to grow back.

Is it really true that the genetics on your mother's side of the family are to blame for baldness? To answer that question, we went to Dr. Daniel Brown, a plastic surgeon in La Jolla.

"Genetics plays a role in everything," he said. "Forty percent of men will have some evidence of baldness by the time they're age 40."

We asked him, "Is baldness a trait you inherit from your mom's side of the family?" Dr. Brown says no.

"Complete wives’ tale," he said. "My grandfather - bald as a chrome dome. Me? Not bald."

So where does that myth come from?

Experts say male pattern baldness occurs in men whose hair follicles are sensitive to the hormone dihydrotestosterone, or DHT. Over time, DHT-sensitive hair becomes weaker, and eventually stops growing. One of the genes that triggers this condition is passed down on the X chromosome. However, it's not the only gene that contributes to baldness.

And in addition to that, Dr. Brown says there are several other factors.

"There are many other things that can lead to hair loss," he said. "Thyroid problems, vitamin deficiencies, protein deficiencies."

Experts say high levels of testosterone do not contribute to baldness. According to the National Institutes of Health, hair loss has been observed in both high and low level testosterone males. It's not about the level of testosterone, it's about how sensitive your hair follicles are to the influence of hormones like DHT.

So why do men tend to lose the hair on the top of their heads first, rather than the back? Dr. Brown says that's because the hair follicles in the back are somehow resistant to DHT. Researchers don't know exactly why.

While there are products on the market that help you keep the hair you have, they usually don't cause hair to grow back.

"The person that figures out how to re-grow hair with a pill is going to do very well for themselves for sure. And believe me there are people working on it," said Dr. Brown.