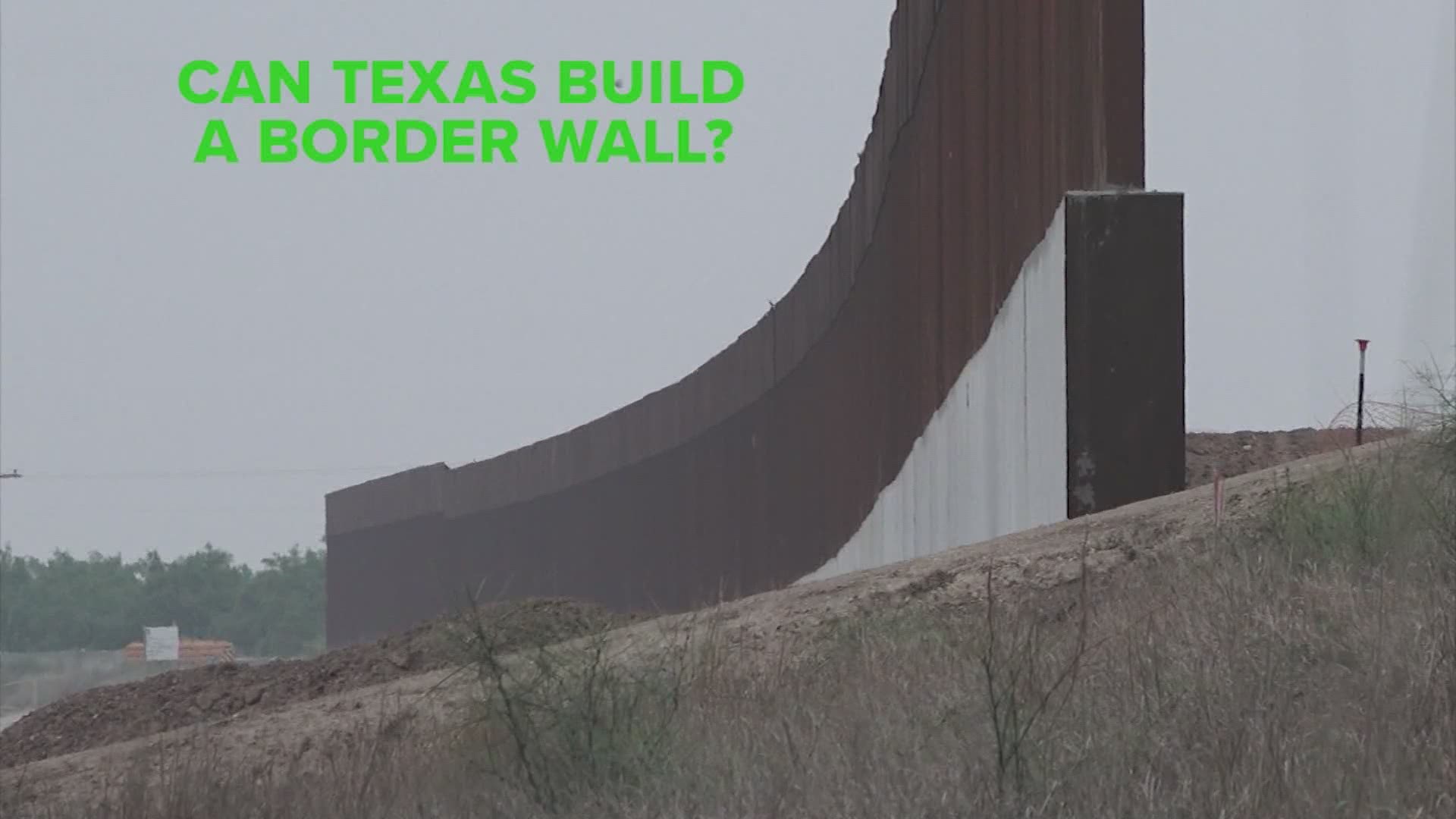 HOUSTON — Gov. Greg Abbott has announced plans to build a border wall. But can he?

The VERIFY Team is working hard to make sure you have the facts about the process.

At a news conference on June 16, Abbott made clear his commitment to pick up where former President Donald Trump left off.

“Today, we are announcing that Texas will build a border wall in our state to help secure our border,” Abbott said.

But can Texas build its own border wall?

One of the hurdles is the land. It is owned by the state, the federal government and by individuals.

Texas Land Commissioner George P. Bush has authorized the construction of the wall on state-owned property. The federal land is more complicated.

Abbott said he is sending a letter to President Joe Biden’s administration ordering that the federal government return land it acquired from Texas.

“I am demanding that the Biden Administration immediately return to Texans land that the federal government took to build the wall,” Abbott said.

“It seems it is a reasonable request to say, hey, if you're not using it, maybe you'd like to give it back. On the other hand, if we're talking about things like national parks, the federal government is not under any obligation to give back (land for) national parks to Texas,” Chandler said.

Chandler is referring to national park land such as Big Bend, which consists of 118 miles on the border.

Immigration attorney Pena said, to date, the federal government has filed suit against more than 130 property owners in Texas for the rights to their land along the Mexico border.

So, whether or not Texas can build a border wall is not clear-cut.