Our VERIFY team fact-checked what the candidates said during the Democratic debate in New Hampshire. 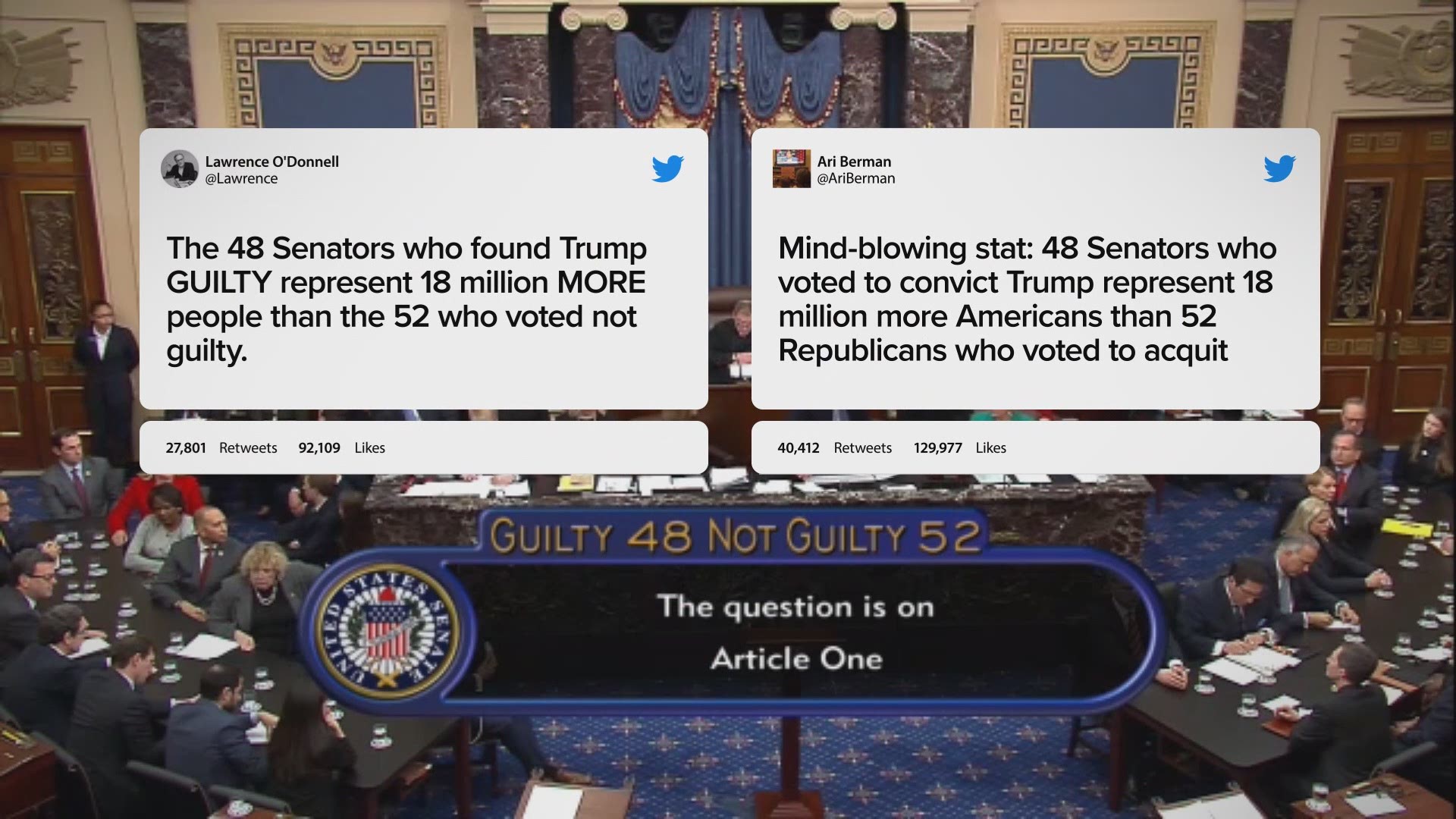 It was the eighth round of debates for Democrats and comes just four days before New Hampshire residents vote and get their say for who should take on President Trump this fall.

Our VERIFY researchers fact-checked what all the candidates had to say during Friday's debate.

What Joe Biden is likely referring to is his endorsement of same-sex marriage on NBC’s Meet the Press in 2012 while he was vice president. At the time, he was the highest ranking American official to ever endorse same-sex marriage as not even President Barack Obama had done so yet.

However, he wasn’t the first public official to support it ever. The 1996 Defense of Marriage Act made it so only heterosexual couples could be granted federal marriage benefits. Fourteen Democratic senators voted against that act. However, Biden was not one of them and was instead one of the 85 senators to vote in favor of the law.

The senators who voted against it didn’t necessarily outright say they endorsed same-sex marriage in their vote. However, multiple members of Congress did say they supported it between the passage of that bill and Biden’s endorsement in 2012, such as John Kerry in 2011 when he was a senator.

So the validity of his claim depends on how you define “major leader” in public office.

CLAIM: Senator Bernie Sanders said “We are the only major country on Earth not to guarantee healthcare for all.”

This claim is verified, but only in certain parameters.

Senator Sanders has repeated this claim frequently and has previously given sources for the claim. The United Nations' “Human Development Index,” lists the major 33 countries in the world based on GDP, GNP, per capita income and standard of living.

The chart shows that the U.S. is the only nation in the “very high human development” category to lack universal healthcare. There are some noted issues with countries like Qatar and Russia who don’t fully cover their entire populations, but are moving towards it.

RELATED: 'Stand up and clap for Vindman' | Biden calls for round of applause at debate for ousted officer

CLAIM: Senator Amy Klobuchar stated that Pete Buttigieg previously sent out a tweet giving his full support to Medicare For All.

While serving as mayor of South Bend, Indiana, Buttigieg tweeted that "I, Pete Buttigieg, politician, do henceforth and forthwith declare, most affirmatively and indubitably, unto the ages, that I do favor Medicare for All, as I do favor any measure that would help get all Americans covered. Now if you'll excuse me, potholes await."

This tweet was sent on Feb. 18, 2018 in response to a question about whether he supported Medicare For All.

CLAIM: While talking about economic issues facing minority groups, Andrew Yang talked about his plan for Universal Basic Income. While explaining his vision, he made the claim that Martin Luther King Jr. supported the idea of UBI.

This claim is true - though King referred to it as “guaranteed income.”

An excerpt from his 1967 book, “Where Do We Go From Here: Chaos or Community?” shows that King did believe in the idea of a universal income for all.

“I am now convinced that the simplest approach will prove to be the most effective -- the solution to poverty is to abolish it directly by a now widely discussed measure: the guaranteed income,” King wrote.

Sources: Excerpt of “Where Do We Go From Here: Chaos or Community?” By Martin Luther King Jr.

CLAIM: Senator Bernie Sanders said, "Most people don't know this, tonight in America 200,000 people are in jail without having been convicted of anything. Because they can’t afford the 500 bucks for bail they need to get out of jail."

This statistic isn’t officially tracked; however, non-profit organizations give much higher estimates than even Sanders stated.

There are no official government statistics on the number of people nationwide held on bail who don’t post bail.

The Hamilton Project estimates that there are 400,000 in jail who would have been released had they been able to post bail. They estimated that number by applying the rate of federal defendants who are eligible for pretrial bail but have not posted it (90%) to the general number of pretrial detainees nationwide. The Prison Policy Initiative states 465,000 people are held in jails who have not been convicted and are legally presumed innocent. This doesn’t necessarily mean all 465,000 have bail they have not yet posted.

Claim: Former Vice President Joe Biden said that President Barack Obama asked him to get 156,000 troops out of Iraq and he “did that.”

True, but that's not the end of the story. Obama asked Biden to take the lead in efforts to withdraw troops and coordinate efforts to maintain stability in Baghdad. What Biden did not mention was that some of the troops had to go back.

Obama and Biden failed to win agreement from the Iraqi government to keep a limited number of U.S. troops there after December 2011. That was the deadline for a complete U.S. pullout under a deal negotiated by the Bush administration in late 2008.

Biden was still vice president when Obama was compelled to return American troops to Iraq in 2014 after the rise of the Islamic State extremist group. It's a claim that Biden has brought up in previous debates.

Claim: Sen. Amy Klobuchar said that Pete Buttigieg, while on a campaign stop, brought up the impeachment trial of Donald Trump and joked about switching the television coverage of the proceedings to cartoons.

Comments online, along with other journalists, are saying this claim is false and some are labeling it as a misrepresentation of Buttigieg's remarks.

Sen. Klobuchar was quoted on the debate stage saying, "that's not leadership to just suck up to a room and make a joke so everyone laughs at it, about switching to watch cartoons. ... That's degrading of the work that people do." In an interview with CNN after the debates, Klobuchar doubled down saying, "When he went so far as to say watching those impeachment hearings is exhausting, I'd like to flip the channel and watch cartoons...it literally is a gut punch."

But, as Slate reporter Will Saletan points out, that's not really what Pete Buttigieg said and according to Saletan, Buttigieg's remarks were "the *opposite* of what she alleges."

In a clip posted to Facebook by NowThis Politics, Buttigieg is heard telling a crowd in Ames, Iowa "I don't know about you, but watching the news right now, watching the impeachment coverage, watching the Senate is exhausting. I live and breathe politics, and I find it exhausting. It's just, it gets you down and makes you want to watch cartoons instead. And it creates a temptation to give in to that, to switch it off and walk away and give up, and not engage, which, of course, is exactly how the cynics would win, if we gave in to that temptation." 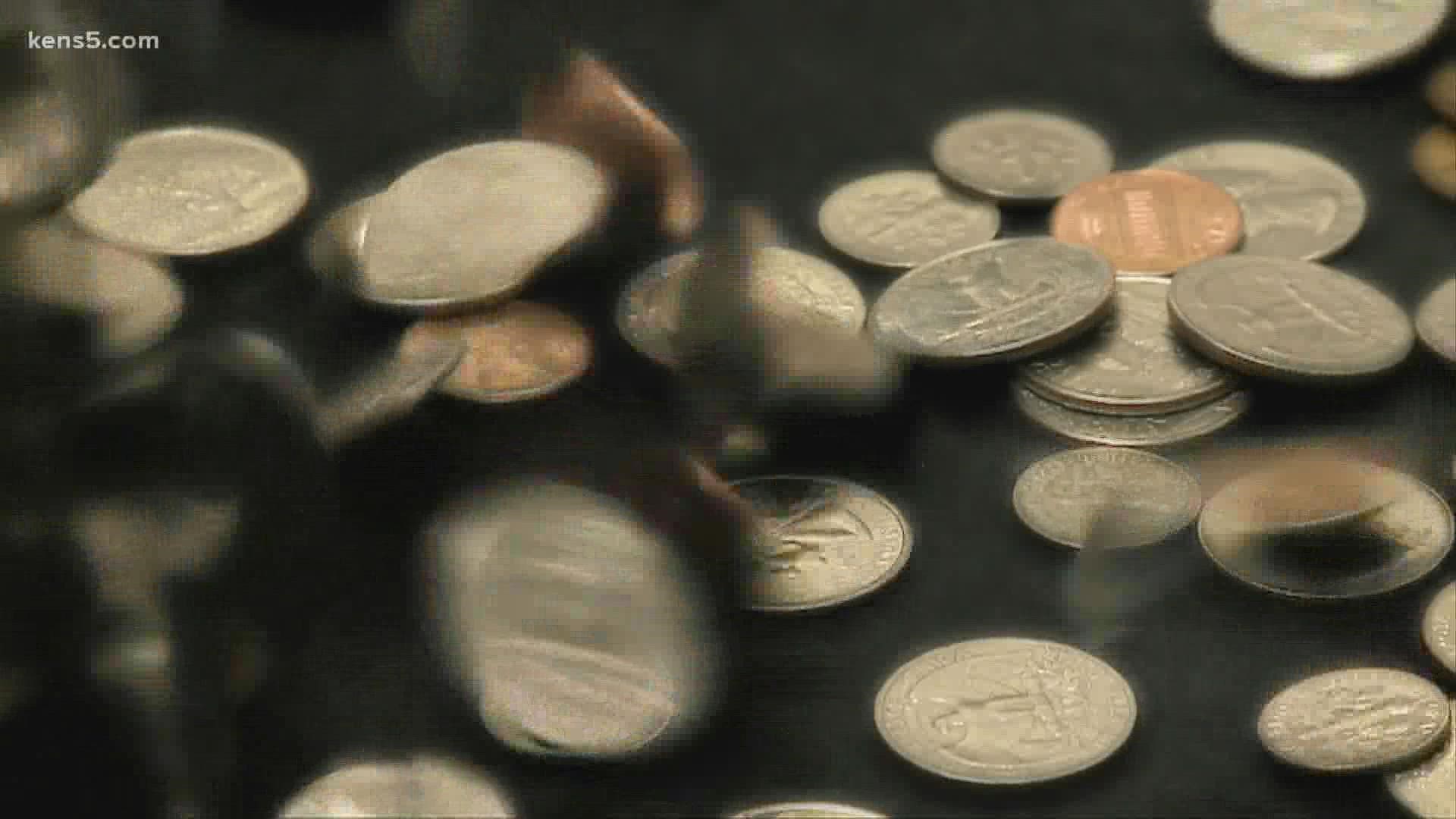