California's Secretary of State and the California Republican Party could end up in a legal battle over unofficial ballot drop boxes for the November election. 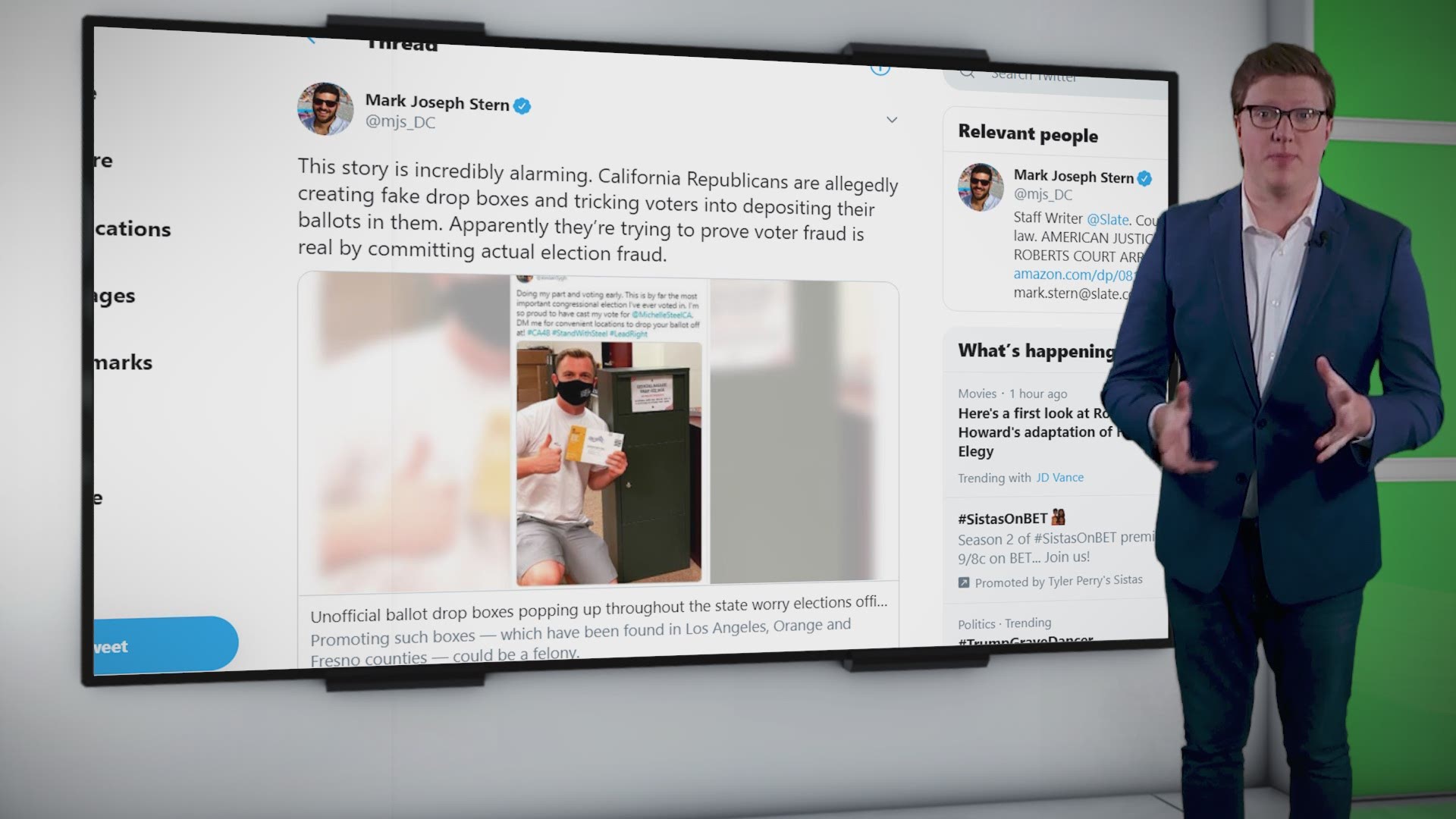 California Secretary of State Alex Padilla and California Attorney General Xavier Becerra, both Democrats, are in an ongoing dispute with the state’s Republican party over unofficial ballot boxes and ballot harvesting.

The California state officials argue the GOP is breaking the law and misleading voters. While California Republicans claim they’re just following an inherently flawed law. A legal battle between the two sides is potentially brewing just weeks before the November election.

While this conflict is currently only happening in California, it has gained national attention. And with Election Day less than a month away, it could affect how some Californians vote.

Did California Republicans set up unofficial, and possibly illegal, ballot boxes for mail-in ballots around the state?

The state’s GOP party admitted to setting up unofficial ballot boxes in some of the counties around California. California’s Secretary of State has argued the boxes are illegal. The state’s Republicans argue the boxes are permissible by the state’s ballot harvesting laws.

The story first came to light over the weekend after reports in several California counties of ballot boxes, some labeled as official, that were being managed by the state’s Republican party instead of the local board of elections.

Due to the coronavirus and concerns about health safety at polling places, California for the first time mailed ballots for the Nov. 3 election to all active registered voters — more than 21 million people. The ballots come with pre-paid envelopes for voters to mail back, free of charge.

Secretary of State Alex Padilla and Attorney General Xavier Becerra announced Monday they sent a cease and desist letter to the California Republican Party over the ballot boxes. A press release stated the problem with the ballot boxes are that they mislead voters by being portrayed as official and secure, California law specifies ballot boxes are placed by local election officials and the ballot box method contradicts the rules governing third-party ballot collection.

The letter correctly identifies California law that governs the rules of ballot boxes detailing how local election officials must manage ballot collection boxes. However, while the law does specifically refer to authorized election officials, it does not expressly prohibit other parties managing unofficial ballot boxes. In fact, it makes no mention of unofficial ballot boxes at all. The boxes used by the California Republican Party are not explicitly allowed or explicitly prohibited.

California’s GOP has argued on social media that the party's boxes are a form of ballot harvesting, which they state California law allows. They have not addressed the claims that these boxes have been wrongly labelled as official and secure.

“In California, where you can have convicted felons and individuals with a criminal history go door to door and collect ballots from voters, Democrats are now upset because organizations, individuals and groups are offering an opportunity for their friends, family, and patrons... pic.twitter.com/Ljx3WOldmd

Republican legislators in California have echoed the state party’s response. State Senator Melissa Melendez argued in a thread on Twitter that the Republicans are acting in accordance to the third-party ballot collection laws, what they call ballot harvesting laws, that the state’s Democrats passed. U.S. Representative Ken Calvert made a similar argument in a press release. Both claimed that a ballot harvester does not have to include their name or signature on the ballot’s identification envelope -- contradicting the Secretary of State’s claims in his press release and letter.

The Secretary of State’s cease and desist letter states both his office and the Attorney General’s office are “prepared to take action to enforce state law, should it become necessary.” If the California Republican party doesn’t back down, a legal battle is likely to take place.

Currently, this controversy is localized to California. You should be able to find the location of official ballot boxes on your local board of elections website if your state allows the use of ballot collection boxes.

RELATED: VERIFY: Why Abraham Lincoln chose not to appoint a Supreme Court justice during 1864 election