It's true that Donald Trump is seeking an end to the Affordable Care Act. How would that affect healthcare coverage? 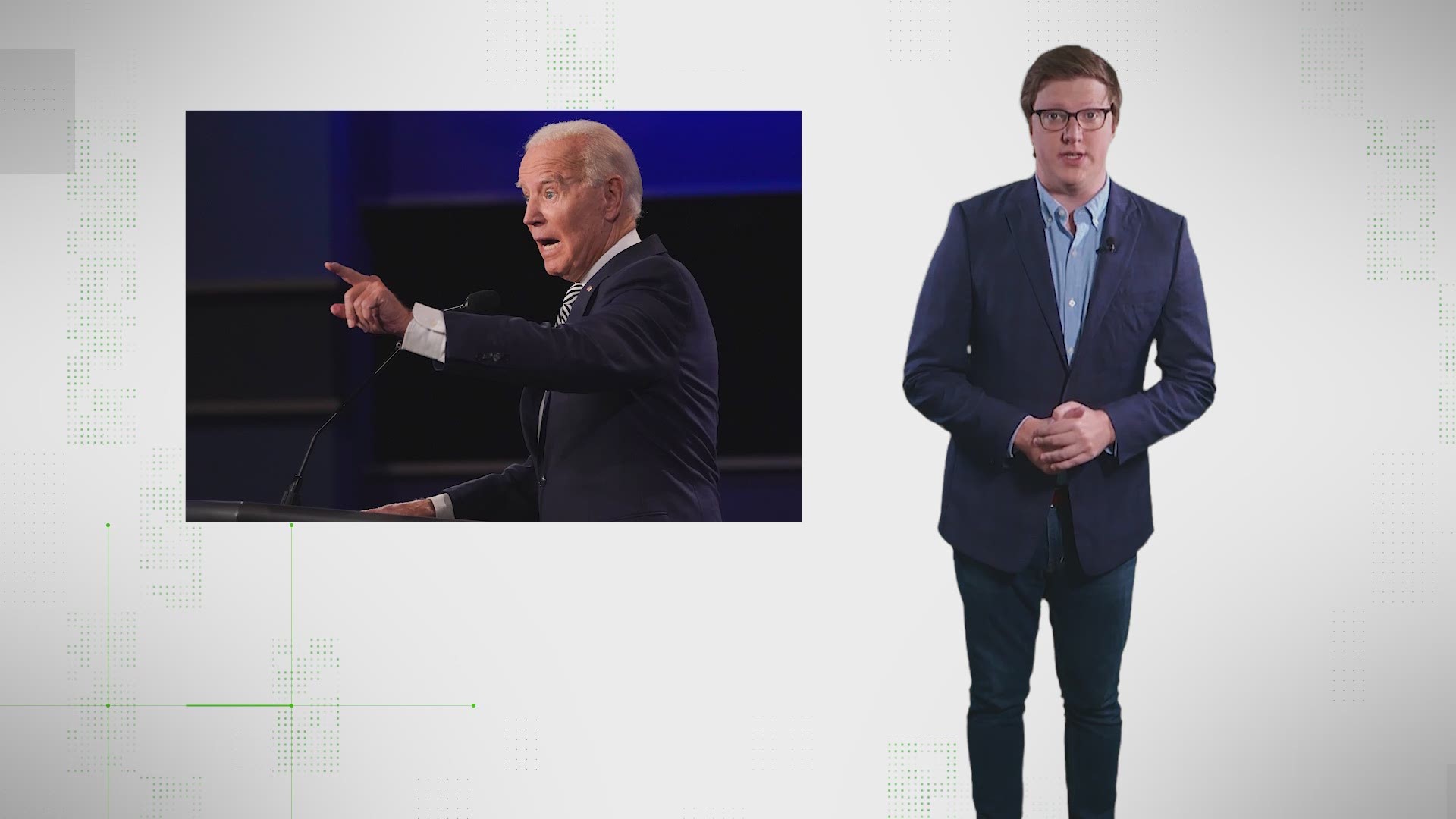 One exchange that stood out in the first presidential debate between President Donald Trump and former Vice President Joe Biden was over healthcare.

The VERIFY team broke down each aspect of the claim step-by-step.

About six minutes into the debate's transcript, Biden said, "Now, what's at stake here is the president's made it clear, he wants to get rid of the Affordable Care Act. He's been running on that, he ran on that and he's been governing on that."

In a response Trump made at 15:59, he confirmed he wanted to get rid of it: "They said the problem is, no matter how well you run Obamacare, it's a disaster. It's too expensive. Premiums are too high, that it doesn't work. So we do want to get rid of it. Chris (Wallace), we want to get rid of that and give something that's cheaper and better."

And Trump's actions against the ACA include arguing that the law should be found unconstitutional by the Supreme Court. The U.S. Solicitor General sent a brief to the Supreme Court making that argument. The court is set to hear the case beginning November 10.

So that part's true.

The first claim, regarding 20 million people losing their health insurance immediately, is consistent with data from non-government organizations. The Urban Institute said if the ACA were nulled or repealed, the number of uninsured people in the U.S. would increase by 19.9 million. The Kaiser Family Foundation has found that the number of uninsured people in the United States has dropped by nearly 20 million since the ACA's passage. There isn't any up-to-date government data on this, but the Kaiser Family Foundation is an often-cited source on American healthcare data.