Democratic members of Congress say they have options left to block the nominee for the Supreme Court. Our experts say what is left is mostly stalling tactics. 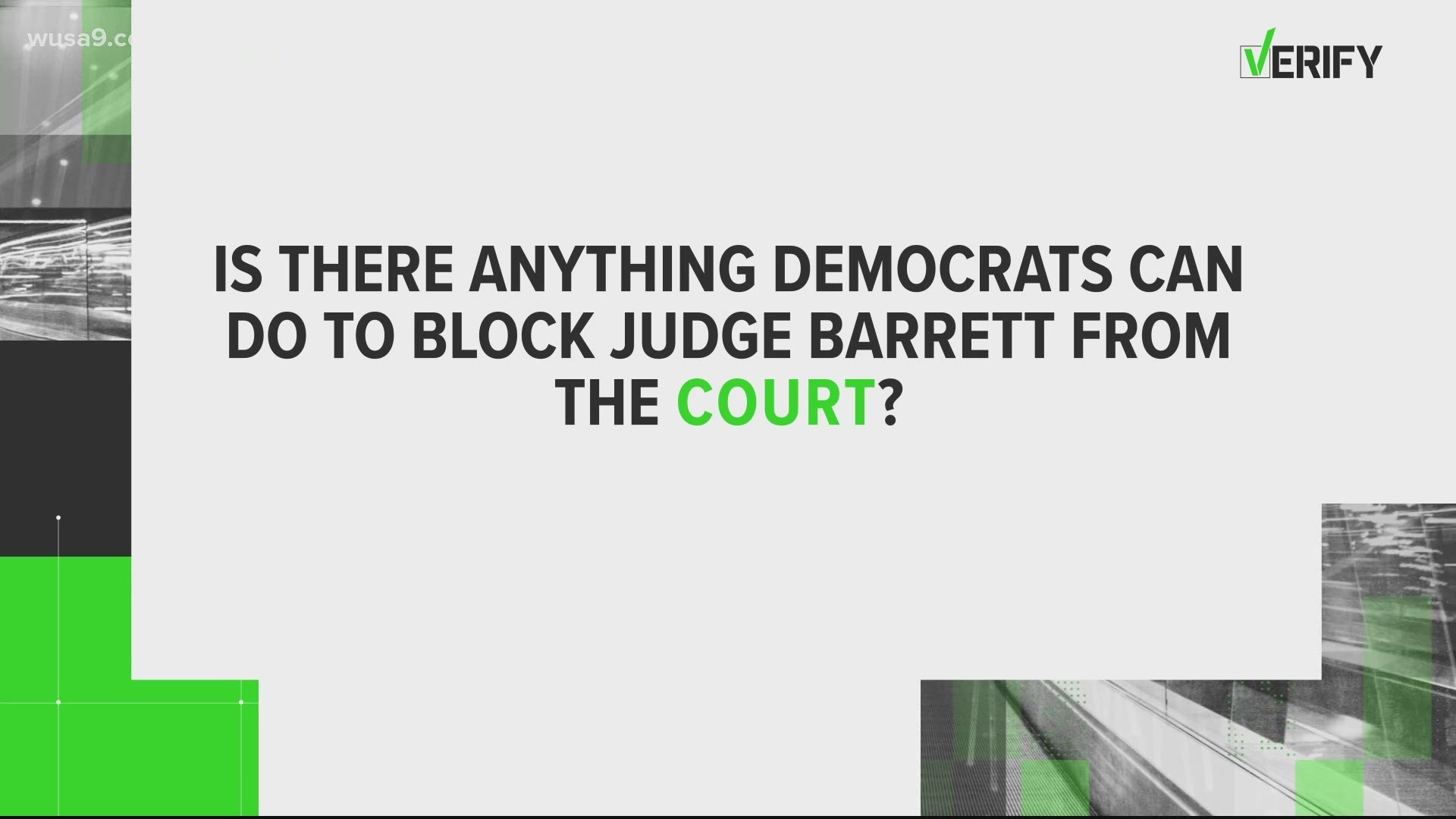 Democratic leaders said they’ll fight her confirmation, but can they?

Our VERIFY team exists to help you sort through all the information on social media, so you can tell fact from fiction.

There is a lot of information floating around claiming Democrats have some ways to block her confirmation.

On ABC News last week, Speaker of the House Nancy Pelosi said, “We have our options. We have arrows in our quiver that I’m not about to discuss right now.”

Is there anything Democrats can do to block Judge Barrett from the supreme court?

No, Democrats have no procedural options left.

For Judge Barrett to be confirmed, the U.S. Senate must vote her in. Due to Senatorial rule changes to the Executive Nominee confirmation process, Republicans need 51 senators to vote to confirm her or 50 votes and Vice-President Mike Pence to break the tie.

“There's nothing they can do directly to stop a determined majority in the Senate of Republicans wanting to confirm a justice,” Fortier said.

As it stands, there are 53 republicans in the Senate. Government policy expert John Fortier explained the only thing Democrats in the House or Senate can do is create a nuisance.

Fortier said in the Senate, Democrats can invoke the “two-hour” rule. The rule stops committees from meeting after the Senate has been in session for two hours. They can also force the Senate Judiciary Committee to hold Judge Barrett’s nomination for a week. That is about it.

“I think the hope that they have is that they might have persuaded some Republicans to hold off on this nomination,” he said.

According to law professor Josh Chafetz, the House Democrats have even fewer options to stall a confirmation.