Fauci: Christmas may lead to another surge in coronavirus cases

Vaccine distribution has kicked off in the United States. We talked to Dr. Anthony Fauci about it, and when life might return back to a new normal. 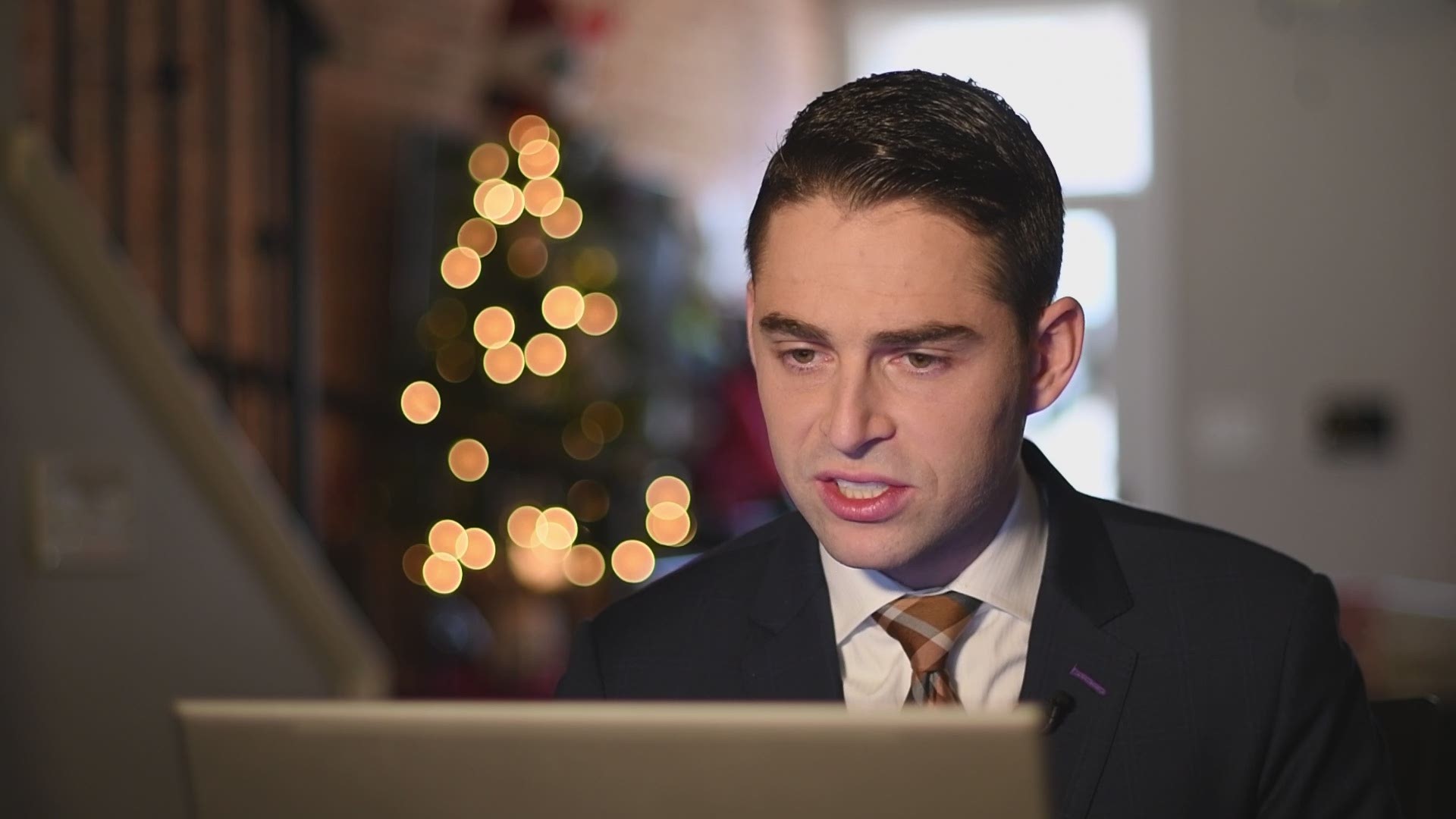 WASHINGTON — The first doses of the coronavirus vaccine are rolling out, leaving many across the country with questions: When will those not in what the CDC defines as a 'priority group' be able to get vaccinated? What exactly is herd immunity, and when could the US likely see it?

The Verify team exists to answer all of those questions and sort through the misinformation. So we decided to bring them to the nation's leading infectious disease expert, Dr. Anthony Fauci.

Here's the full interview with Dr. Fauci, from herd immunity to the latest on vaccines.

We want to start with Moderna’s vaccine, which is being considered for approval today, (12/17.) How could that impact this first phase of vaccinations? Do we actually need those vaccines immediately?

We actually do if you want to keep on to the schedule, which we'd like to do. We're trying to get 40,000 doses for 20,000 people before the end of December. So if the Moderna product gets the EUA and starts implementing the vaccine administration program, that would be right the way we wanted to plan it and the way we did plan it.

RELATED: 58% of Americans say they'd take a COVID vaccine. But is that enough to reach herd immunity?

When do you expect the vast majority of the general public, younger, healthier people to start getting vaccinated?

Not necessarily exactly , but somewhere around March, April, when people who were we say in the general population can start getting vaccinated in earnest.

I would hope that we would get such an enthusiastic uptake of the vaccine that within a period of three or four months, we might be able to essentially get the overwhelming majority of the population vaccinated so that as we enter into the late summer and early fall, where we could really be in a situation where we could start approaching some degree of normality. But it's going to depend on the uptake of the vaccine by people. That's the reason why we're out there encouraging people to receive and accept the vaccine.

Once those vaccines are widely available, will it be safe to have large gatherings if everyone is vaccinated?

Well, if you get an umbrella of herd immunity over the country where you know, we don't know what that number is, it's somewhere in the range of 70 to 85%. We don't know at this point what that is, but it's somewhere at that higher level, that I believe that we can start to approach a degree of normality.

When do you expect the vaccine will actually make a noticeable difference in seeing a decline in cases?

I think when we get a fair percentage, I would say between 30 and 50% of the population vaccinated, that you're going to see a change in the dynamics.

Are you thinking January/ February for that?

I've heard people say the vaccine, it's a personal choice. I'm not comfortable with it. If somebody else wants to take it, that's fine, but it's not for me. What do you think of that mindset? Are you okay with that?

Not completely, I can understand why people might want to say that.

But I think what they need to rethink is that a vaccine program is good not only for you and your family to protect you from infection and disease, but it's also part of the societal effort to essentially end the epidemic. The more people that get vaccinated, the closer you get to truly ending this pandemic. So there's a bit of societal responsibility in there, you want to get vaccinated for your own self-protection. But you also want to get the level of expertise so high, that you really will get herd immunity.

People believe that they are guinea pigs in this process, that there could be long term effects we don't know about, what's your response to that?

Well, whenever you have an intervention, there's always a chance that there will be some long term effects, but you have to look at the history of vaccinology.

Look at what happens in almost all the vaccines that we have put out that have been highly effective in preventing disease. The long term effects are extraordinarily rare, if even at all, there were very few incidences of people getting vaccinated now and then a year from now getting an effect that that was related to the vaccine. That's extremely unusual.

RELATED: VERIFY: False lists of coronavirus vaccine side effects vs. the facts

Any advice ahead of Christmas next week

Well, my advice is the same that I gave for Thanksgiving that to the extent possible, people should try to minimize traveling. And when you have gatherings to try and make the gatherings relatively restricted to immediate family of people within a household. I know it's very difficult to do that in the Christmas season. And, but when you have gatherings of people of 10, 15, 20 people in an indoor setting, that's something that increases the risk of either acquisition or transmission of Sars Covid-2.

Do you think Christmas could cause a worse surge than Thanksgiving did, than what we're seeing right now?

Well, it's certainly possible. It depends upon how seriously people take this issue of concern about just, you know, having Christmas this year be a little bit different than you had in previous years, so that you'll have many more Christmases to come in a healthy situation.

When do you think it would be safe for people to put their masks away?

Well, when you say safe, I think that would be when you get the degree of herd immunity where you get, you know, as they said, anywhere from 70 to 85% of the population that's vaccinated, that people won't feel to have to wear a mask all the time. But between now and then, it's important that just because we are starting to vaccinate people, that does not mean by any sense that we need to put aside and not implement public health measures, because right now, we're not in a situation where vaccines are replacing public health measures.

The President Elect has said he's going to get the vaccine next week. What conversation Did you have with him about it?

I haven't spoken specifically with President Elect Biden, but I have spoken with his senior staff specifically about his getting vaccinated.

You told them he should?

I did. I recommended it as in my capacity as a taskforce member.