The school's website said parents and Metro Health were notified that some students and staff members were potentially exposed. 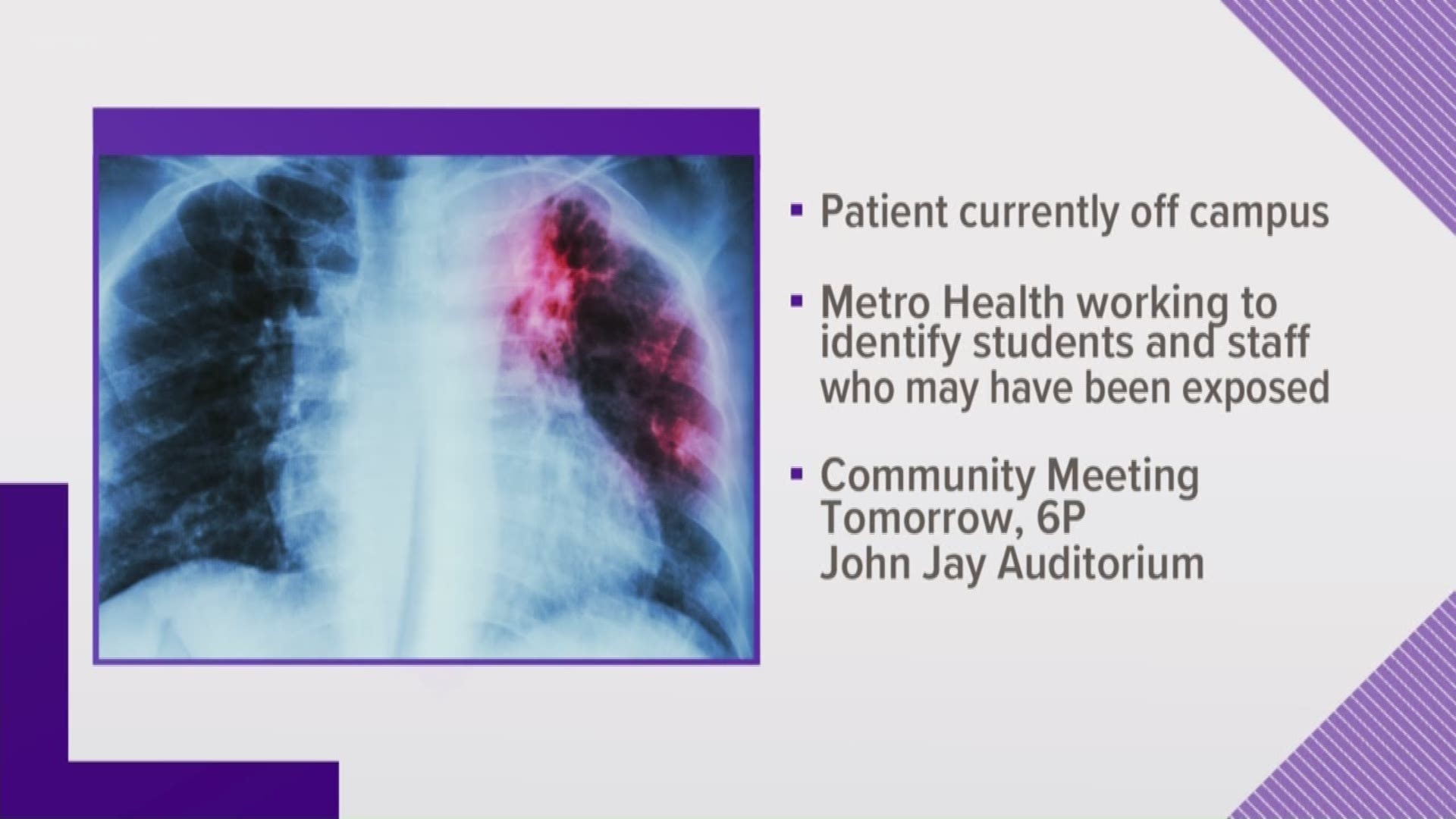 Parents were notified of the illness on Wednesday.

"It doesn't discriminate, so if you're breathing, you're susceptible," said Tommy Camden, Program Coordinator with the San Antonio Metropolitan Health District.

The school's website said Metro Health was notified as well that some students and staff members were potentially exposed.

Camden said health officials are now focused on who had close contact with the infected student and may be at risk of being exposed to TB. "We're working closely with the school to identify those classes and environments where the individual may have been associated with for significant periods of time," Camden said.

Camden said TB is spread through the air, and spending a lot of time inside with a person infected with TB could put you at risk.

"It's serious in the sense that we want to protect the public as much as possible, so we're taking all the precautions to find out who this individual has been around," Camden said.  "You usually have to spend six to eight hours, at least a week around that infected individual in order to catch tuberculosis.”

Health officials report that 80 cases of TB have been reported this year in Bexar County, up from 69 cases reported last year.

"It is very serious," Camden said. "But, I would also add that it's also treatable."

The person with TB is in stable condition, according to officials, and will not return to the school until no longer infectious. TB is a bacterial infection that typically affects the lungs.

Northside ISD said once the investigation is completed by health officials, potentially exposed students and staff members will be notified by a letter.

"I think that certainly one of the things I would say to parents is that if you don't get the letter, then rest assured that exposure was not the case for either you or your staff member or your child," Northside ISD spokesperson Barry Perez said.

Perez said the last case of TB reported in the district was in April of 2018. "So it gives you a sense that while it does happen, certainly it's not something that is frequently happening, at least in our schools," he said.

The school, in collaboration with the San Antonio Metropolitan Health District, is hosting an informational meeting about TB on Thursday, December 5, 6:00 p.m. in the John Jay High School Auditorium.

RELATED: Permanent hair dye and straighteners may be linked to increased risk of breast cancer, according to study

RELATED: Nearly a quarter of all vape-related injuries in Texas are found in teens