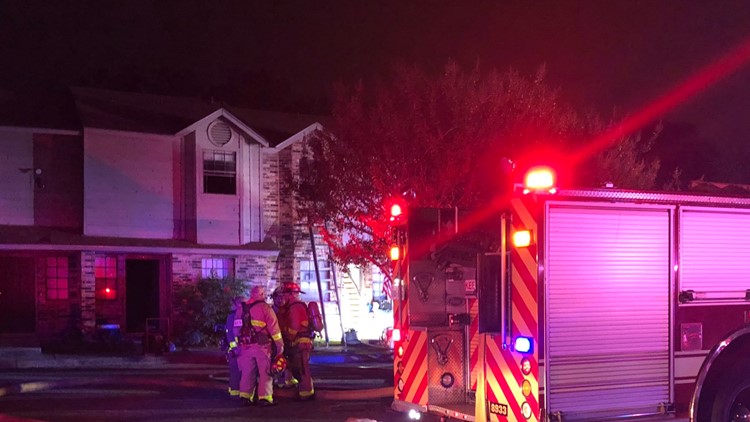 One person rescued in townhome fire on the northeast side

SAN ANTONIO — A building was evacuated and one person had to be rescued after reports of a fire at a townhome complex early Wednesday morning.

The fire happened at the Oak Grove Townhomes off of Starcrest around 5:35 a.m.

Fire crews were working to clear out the buildings less than an hour later. Officials say one person had to be rescued and there were no other injuries reported.

Fire crews have not said how the fire started.

RELATED: Hero employee might have saved Hotel Valencia from burning