"'Don't bring it into our city. This is not a good business for our city. We are not Sin City.''" 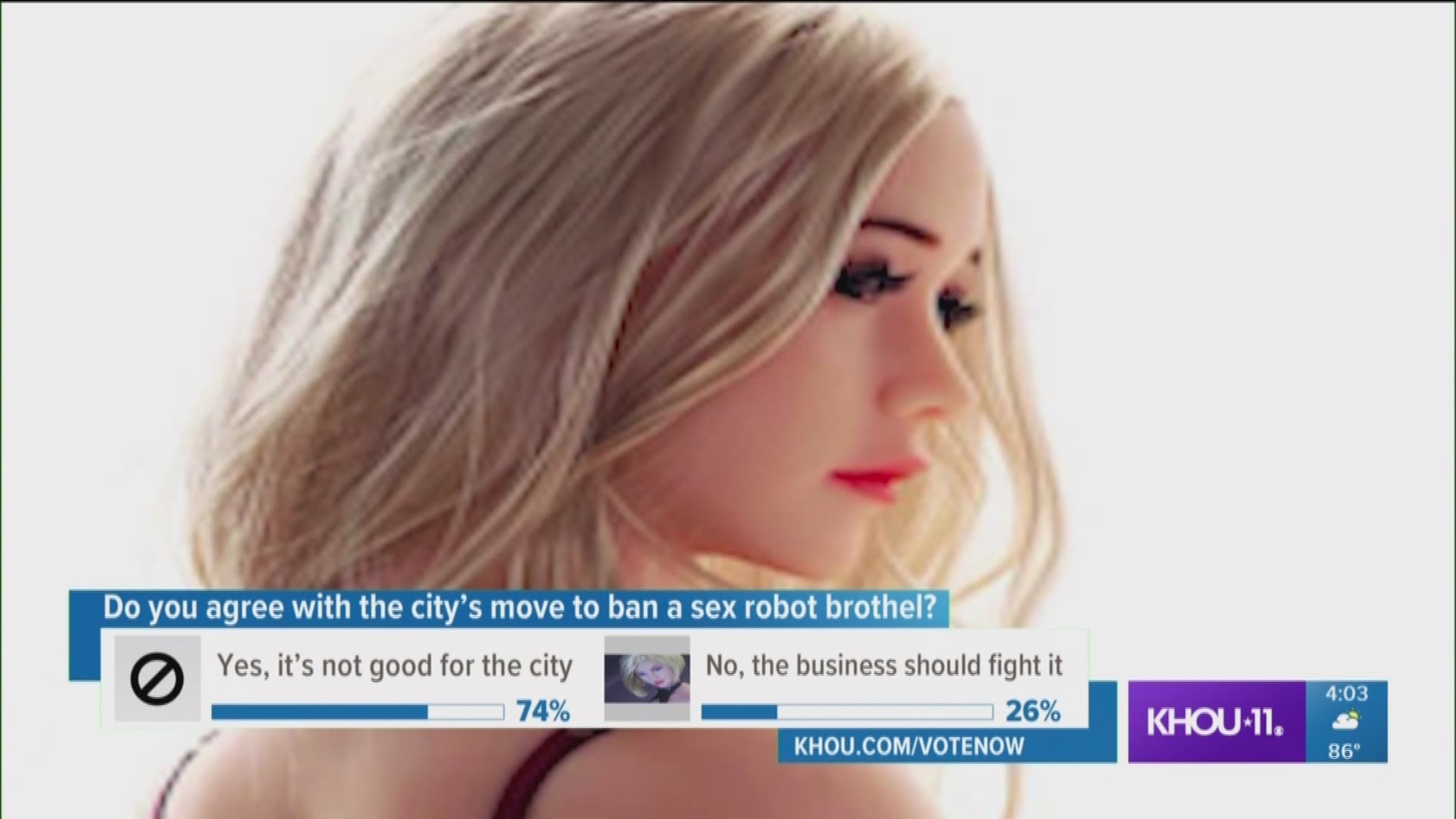 HOUSTON -- Houston City Council members voted unanimously Wednesday to ban a sex robot brothel set to open soon near the Galleria area. The ordinance allows the business to sell the sex robots but not to allow customers to use them inside the business.

The vote followed a citywide uproar after the controversial business announced plans to open the brothel on Richmond. It would have been the first such business to open in the United States.

"I know there's some people that will sit there and say, 'What does the City of Houston have to do with any of this?'" said Councilman Greg Travis. "And the answer is 'We're not getting into your bedroom, but don't bring it into our district. Don't bring it into our city. This is not a good business for our city. We are not Sin City.'"

The owner of the brothel told KHOU 11 they are analyzing the decision today and talking to their lawyers.

“It’s perfectly within the City’s very broad powers to regulate sexually oriented businesses,” said Matthew Festa, a professor of law at the South Texas College of Law Houston. “The business certainly has the right to fight the ordinance, but if it passes in council, it’s going to be hard to overturn.”

Several Houstonians spoke out against the business during a City Council meeting Tuesday.

“A business like this would destroy homes, families, finances of our neighbors and cause major community uproars in the city,” said Pastor Vega, one of the speakers at the meeting.

“As a woman, I am concerned and horrified to see where our society is taking us,” Virginia Mireles said.

Several speakers discussed how a sex robot brothel would negatively impact sex trafficking in the area.

Several city leaders are aligning against a proposed sex robot brothel planning to open near the Galleria.

Elijah Rising, an organization that works to end sex trafficking, presented a petition against the business which has more than 13,000 signatures.

Several city leaders also spoke out against the brothel Tuesday, including Councilman Travis who suggested another plan to combat the controversial business.

“I’ve already got cameras lined up that, if ever this occurs, I’ll be out there 24/7 with cameras filming everyone that goes in and everyone that goes out. We’ll post it on social media so people can see who's using it because I don’t see any good in any other this,” he said.