26-year-old Anthony Evans said he was peacefully protesting at APD headquarters on Sunday before getting unintentionally struck by a less-lethal round. 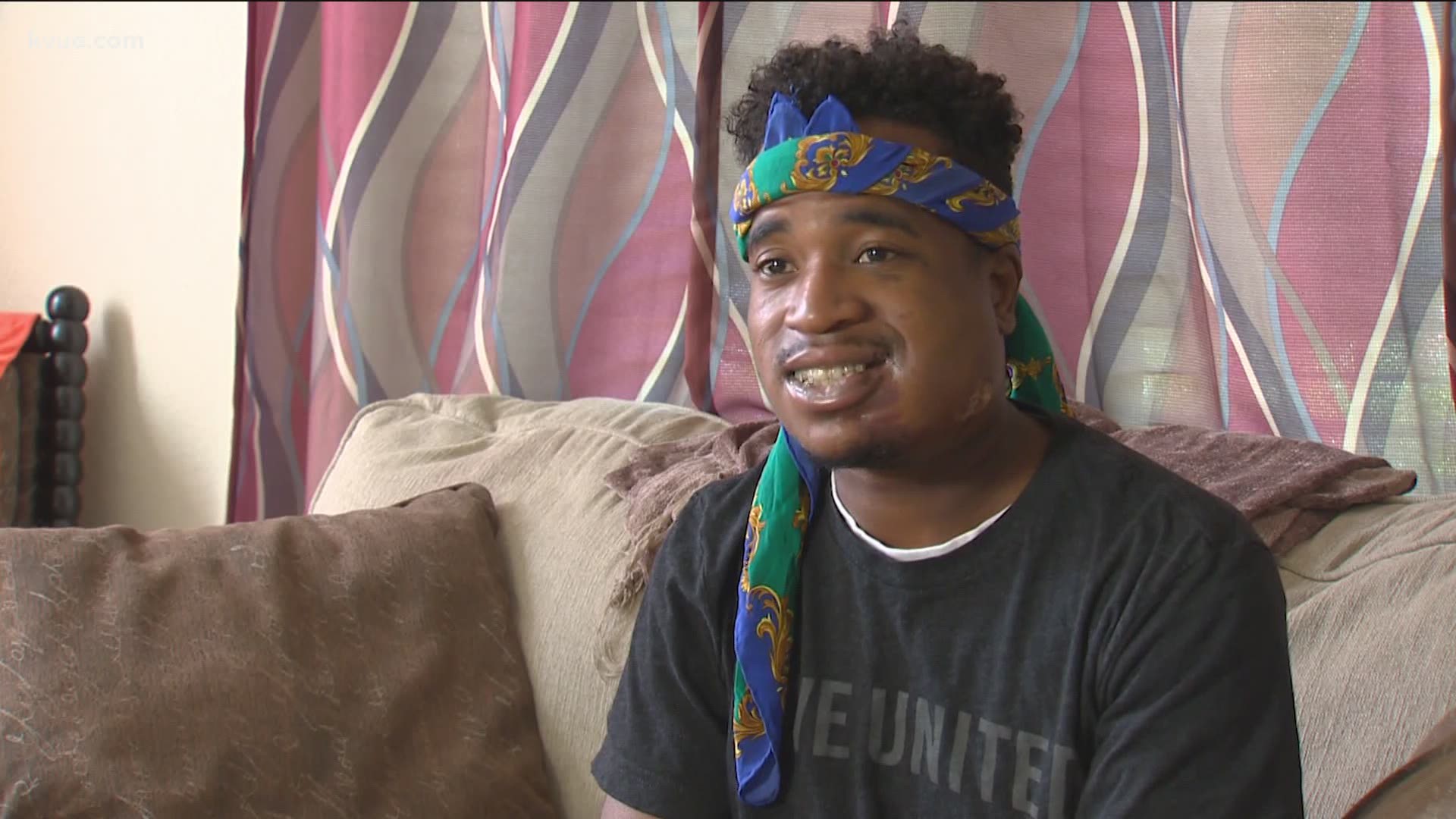 AUSTIN, Texas — Anthony Evans spent the days following his 26th birthday in a hospital bed undergoing surgery after being struck in the face at an Austin protest on Sunday, May 31.

Evans, 26, attended the protest with his twin brother, Arthur, to peacefully push for change. The protests came after the death of George Floyd and Michael Ramos, the 42-year-old shot and killed by Austin police in late April.

“I never thought anything like that would happen to me,” Anthony Evans said. “They said my jaw looked like I got hit by a car.”

Anthony Evans spent three days at a South Austin hospital and underwent two surgeries. He’ll have a metal wire in his mouth for at least the next six weeks, and doctors have already installed a permanent titanium plate in his jaw.

Anthony said they were peacefully protesting and trying to have meaningful conversations with officers.

As night fell and the crowd got rowdier, the meaningful conversations were drowned out by the chaos, so Anthony Evans said he tried to leave.

“I put my hand up and started running, like jogging, and then turned my face,” Anthony Evans said. “As I turned, I got shot in the cheek and I went down to the ground for about two seconds.”

Officers on the Interstate 35 overpass near Austin police headquarters fired a less-lethal round into the street, but Anthony Evans said he wasn’t in a large crowd.

The impact fractured his jaw.

“I knew that I still had consciousness. I realized what was going on. I realized that, get out, get out of situation. My adrenaline kicked in and I was like, ‘Ok, find safety’,” Anthony Evans said.

The scary situation has gained attention and social media and money is being raised to help with medical costs on GoFundMe.

A fundraiser for Evans will be held from Monday, June 15, to Friday, June 19, at Polvos on 2004 S. First St. Enchilada plates will be served for $15, with a portion of the proceeds donated toward hospital expenses.

For Arthur Evans, it hasn’t been easy to see what his twin brother went through.

“It just took the life out of me to see someone that is one minute apart from me in that type of condition,” Arthur Evans said. “Just from having a peaceful day to having my brother come home and look like something out of a horror movie was just traumatizing.”

As protests continued for the eighth straight day in Austin on Friday, June 5, the Evans brothers are committed to the cause.

“We need to demand change,” Anthony Evans said. “A lot of people have been silent for a long time.”

But breaking that silence is keeping Anthony Evans' spirit alive.

The Austin Police Department’s Special Investigations Unit is now investigating the incident. The unit, which looks into potential criminal wrongdoing by Austin police officers, is investigating 10 incidents related to use of force against protesters, according to the Travis County District Attorney’s Office.

The DA’s Office said in a statement Friday evening that it has assigned prosecutors to the cases and is reviewing the status of the investigations daily.

The Austin City Council also held a special called meeting on Thursday and Friday to discuss the tactics used by police over the weekend, and plans to discuss actions at a council meeting next week.

WATCH: See what love can do': 8th night of protests in Downtown Austin

Council members say they have lost faith in Austin police chief, some call for honorable resignation

Marching on top of I-35 makes historical statement