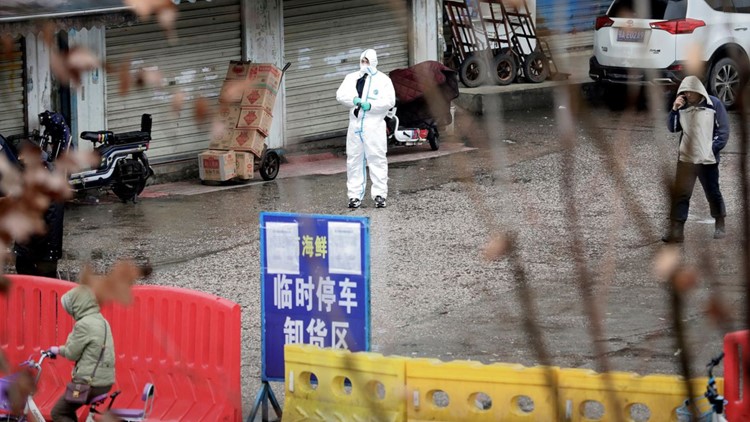 Texas officials on the coronavirus: Keep calm and wash your hands

TEXAS, USA — The World Health Organization on Thursday declared the deadly coronavirus outbreak a global health emergency — the sixth declaration of its kind in the past decade.

About 170 people have died overseas from the pneumonia-like illness, and last week Texas had its first scare with four suspected cases — all of which turned out to be false alarms.

But as panic and fear of catching the disease spread even faster and wider than the disease itself, Texas health officials are trying to quell hysteria and encouraging people to stay calm, wash their hands and get a flu shot.

So far the mortality rate for the virus is about the same as a bad year of the flu, said Dr. Trish Perl, chief of infectious diseases and geographic medicine at University of Texas Southwestern Medical Center. Health officials also noted that the highest risks were for countries with less sophisticated health care systems.

"Our greatest concern is the potential for the virus to spread to countries with weaker health systems, and which are ill prepared to deal with it,” said Dr. Tedros Adhanom Ghebreyesus, director-general of the World Health Organization, at a press conference Thursday.

“If you come up sick in Amarillo, you can get treatment just like you would in Dallas or in Houston or in Brownsville,” said Seth Christensen, spokesperson for the Texas Division of Emergency Management. “We have to make sure that all the resources are spread across our state. This virus could impact anyone anywhere.”

In particular, Texas universities, many with international students and Asian study-abroad programs, are evaluating their next steps. The first two suspected cases of the virus in Texas were college students who’d recently traveled to China.

Both of the students’ schools, Texas A&M University and Baylor University, join a handful of institutions that have issued temporary bans on all university-sponsored travel to China, save for essential travel. The schools are taking the lead from the Centers for Disease Control and Prevention, which issued an advisory Tuesday strongly recommending Americans avoid traveling to the country.

No student programs for Baylor were affected by the travel ban, school officials said. The school’s biggest challenge is rerouting already scheduled flights with layovers in China, said Lori Fogleman, a representative for the school, in an email. Representatives from A&M did not respond to requests for comment.

The University of Texas enacted a similar travel ban. Fewer than 10 students from the Austin campus are in China studying abroad. The university is working to get them back to the U.S. and find an alternative study-abroad program or on-campus classes for those who intended to study in China.

Texas’ international airports are also taking action. Since the outbreak, hundreds of flights from Chinese airports were canceled, and U.S. officials routed travel from the region to one of 20 American airports with CDC quarantine facilities, The Washington Post reported Monday.