Texas Longhorns’ Tom Herman is confident ahead of Sugar Bowl

The Texas Longhorns have faith in a Sugar Bowl upset. 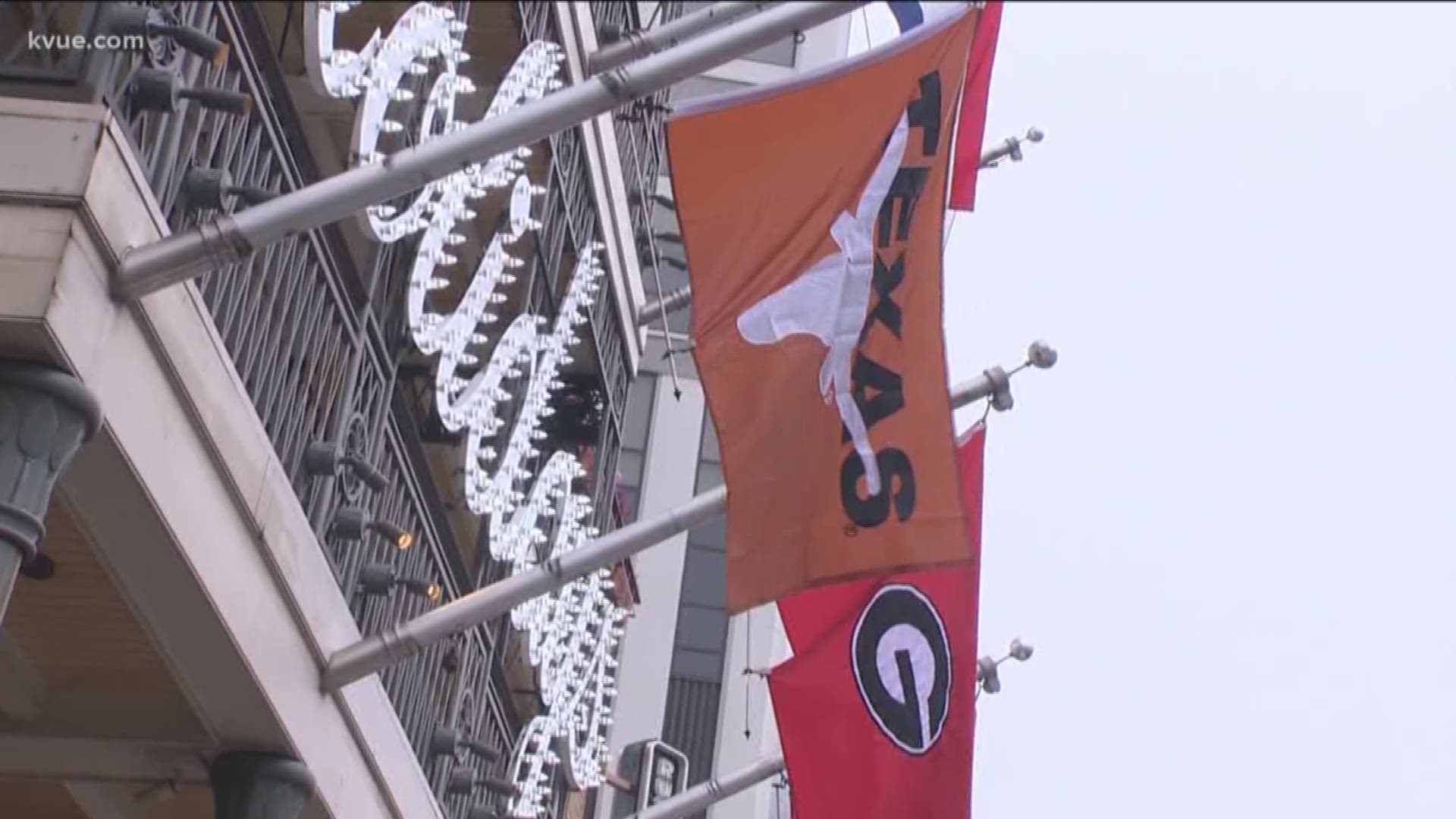 Dec. 31 began with a viewing of the prize to the victor of Tuesday night's Sugar Bowl. It will either head to Austin, Texas or Athens, Georgia.

The stage is set or something like that.. Good morning from NOLA!
Woke up to these helmets and this 🏆 sitting on top of smaller scaled Superdome. #SugarBowl #HornsInNOLA pic.twitter.com/DTy89HqfEj

Texas is a double-digit underdog, picked to lose to fifth-ranked Georgia by two touchdowns. But, don't tell that to the Longhorns or their second year head coach, Tom Herman.

"I think we understand that our best is good enough, that if we play our best, we can play with and/or beat any team in the country," said Herman. "And now we're going to have to play our best. We're certainly not good enough to show up with our B game and expect to beat a team like Georgia. We're going to need our A game. "

The day before a bowl game is traditionally a day in which both team's head coaches pose for pictures with each other along with the trophy. That is followed with a handshake and a hug.

Herman and UGA head coach, Kirby Smart, did both.

Heading to NOLA to watch the Longhorns? Here are some tips for while you're in the Big Easy

A painting of Longhorns' mascot resides in NOLA historical district

During Herman's interview session, the Texas head coach elaborated on his respect for Smart and the program at Georgia. But Herman also eluded to a moment he and the Longhorn captains experienced at a local children's hospital when asked about what he's learned the most in his young career as a head coach.

Kickoff for the Sugar Bowl is at 7:45 p.m. at the Superdome. You can watch it on ESPN.