Ahead of their game against the Georgia Bulldogs, the Texas Longhorns are food critics in The Big Easy. 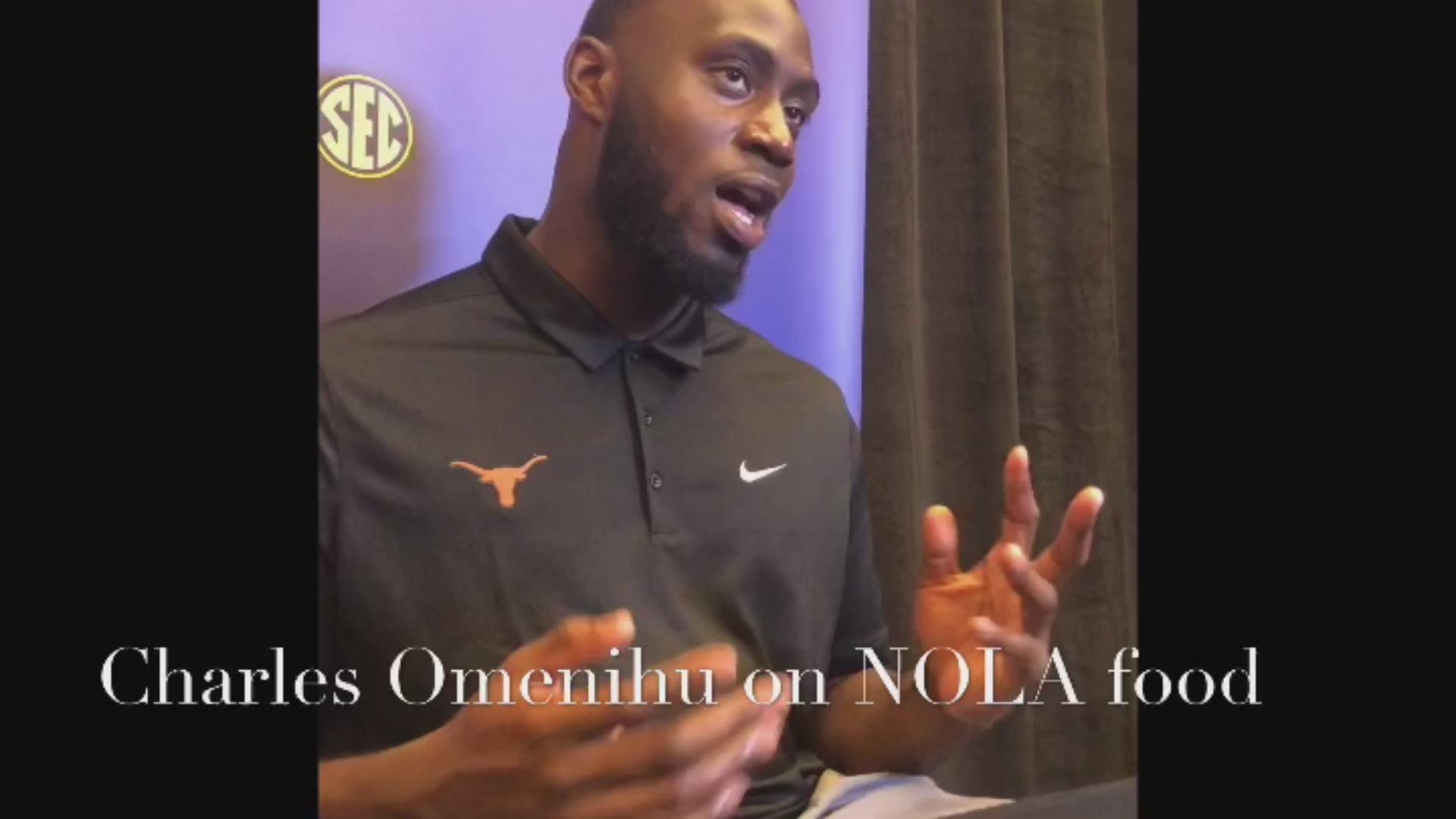 NEW ORLEANS — Hands down, the food is on another level in New Orleans.

During the Texas Longhorns' time in NOLA preparing for the Sugar Bowl, the Horns have made time to sample some of the popular dining spots in The Big Easy.

From southern fried chicken, to oysters to gumbo to jambalaya to creole, the list is a lengthy one.

There were mixed reviews, but mainly positive ones.

The Horns did discuss serious @SugarBowlNola topics, like NOLA food.
P.J. Locke III on We Dat Chicken taking over as his #1 🐓 spot over Wing Stop, he loves Parmesan Garlic always:
“I don’t mean to put Wing Stop down like that, but golly” 😆😆#HornsInNOLA pic.twitter.com/QxzMmzmltg

"The hype of the food didn't live up to my expectations. New Orleans is good though," said Omenihu.

8 years after Tim Tebow played the Sugar Bowl, the athlete weighs in on Texas’ chances

Texas Longhorns’ Tom Herman is confident ahead of Sugar Bowl

The beignets are a popular and tasty treat in NOLA. Texas defensive back, Brandon Jones, was impressed with the beignets, but he experienced a powdered sugar disaster.

"Took them up to my hotel room, opened the bag and powder all over the floor," said Jones.

Hilarious, but I, too experienced the same. But, I personally didn't realize it until I was walking two blocks away from Cafe du Monde while walking down the sidewalk. I was curious why so many people were staring at my pants -- powdered sugar all over my khaki pants.