Deputies were able to recover a stolen car, dog, and a cellphone. 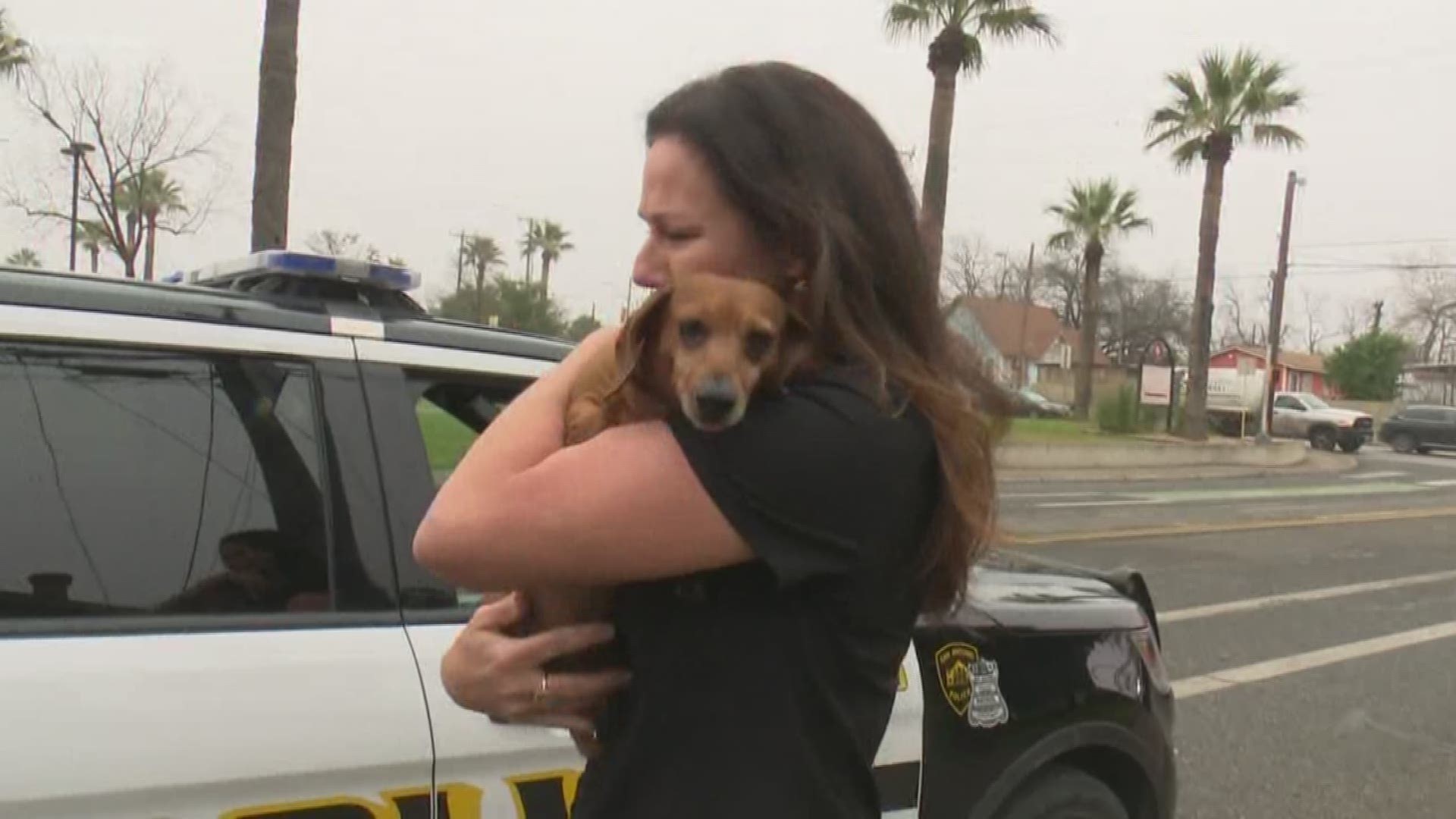 SAN ANTONIO — Around 7 a.m. Monday, Gail Beaver said she stopped by Countryside Cleaners on U.S. Highway 87 E in southeast Bexar County. She said a man came inside the store and said that someone stole his cellphone. When she checked outside the cleaners, both her dog Maggie Sue and SUV were gone.

“Scary morning. Teaches you not to run your vehicle running when you get out of it,” she said.

Beaver said she remembered her cellphone was still in her vehicle. She used it to help SAPD officers and Bexar County Sheriff Office deputies track him down. The other victim who had stepped into the store said he grabbed his iPad and also, followed the vehicle’s location.

“I immediately got on the phone with my son and he started tracking my phone and then, I called 911. They were in pursuit as we were tracking it,” recalled Beaver.

Authorities followed the suspect in a nearly 100 mph chase. He stopped at Iowa and New Braunfels on the city’s east-side and took off on foot.

“I heard when they went over the fence,” said Chris Vasquez, witness. Crazy morning over here, just a typical day in the east side.”

Deputies and officers detained one man. But he did not fit the description by a witness and was