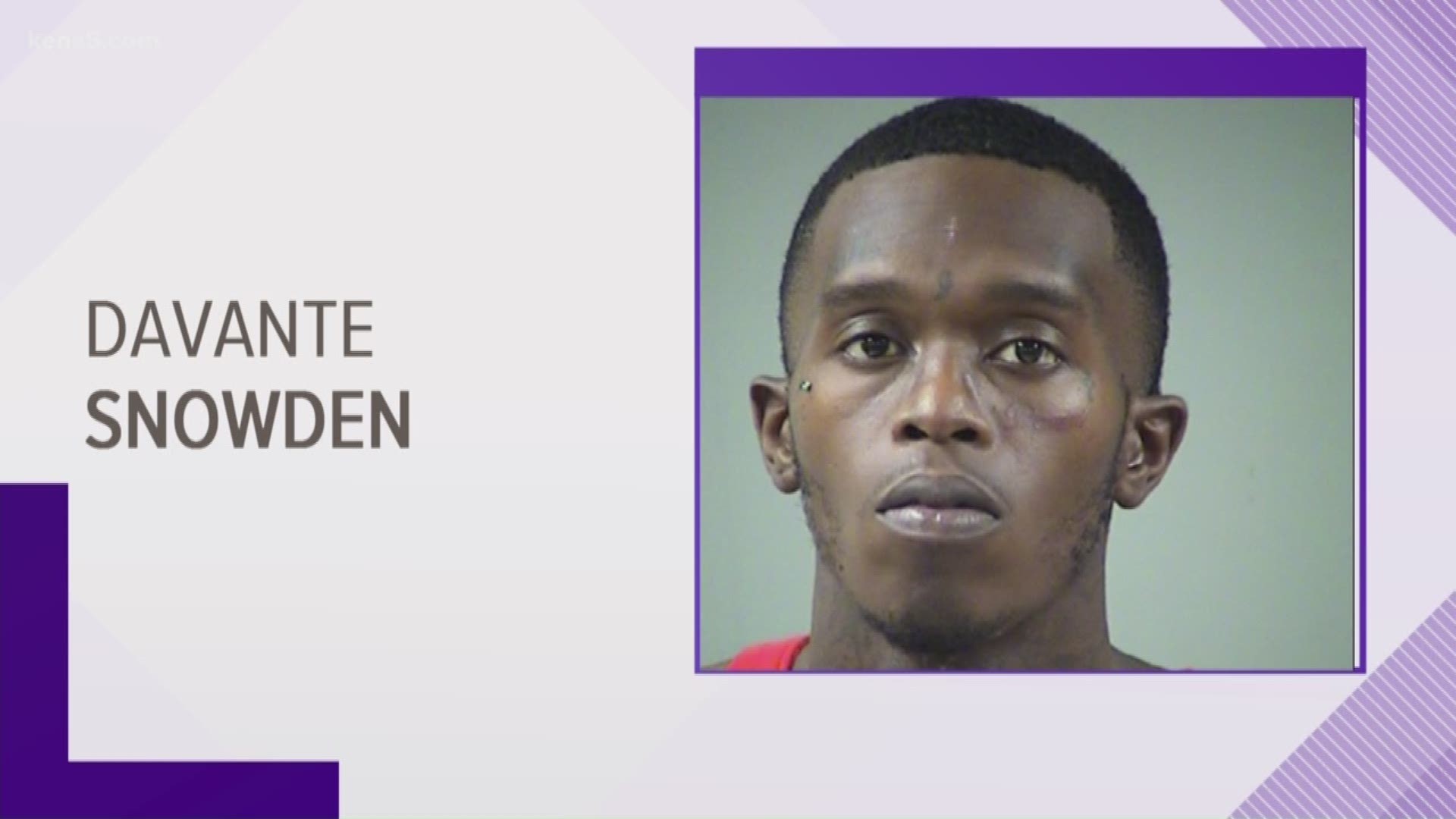 SAN ANTONIO — No one officially bears criminal responsibility for the death of Charles “Chop” Roundtree.

San Antonio Police Chief William McManus said the actions of the boy’s friend, Davante Snowden, snowballed into tragedy. On Thursday, the attorney for the weapons suspect used DNA to slap down SAPD’s story.

“(There's) no DNA match to the weapon that was found in the back of someone else’s home,” Alex Washington said.

The Dallas-based attorney said the gun and ammunition discovered by police was submitted to a DNA lab after getting a swab from Snowden. The Bexar County District Attorney’s Office ordered the test on March 4, and the results were returned last week.

Snowden faces a charge for felony possession of a weapon in connection to Roundtree’s death. McManus said the 23-year-old pulled a gun on Officer Steve Casanova at 217 Roberts Street on Oct. 17.

According to the chief, Casanova went to the documented drug home to investigate an assault allegation. McManus said Snowden was reaching for a gun when Casanova opened fire. The chief said Casanova’s gunfire struck Snowden in the buttocks and traveled through the weapon suspect’s body, shooting Roundtree in the chest and killing him.

Roundtree’s family said they didn’t believe the police’s story, which changed twice on the day it happened. McManus initially labeled Roundtree as a dead suspect with a gun. He later acknowledged the mistake in a news conference where he clarified that Snowden was the suspect.

In an exclusive interview with KENS,  Taylor Singleton said she watched Roundtree die. She was in the house when the shooting happened, and said Casanova kicked the door open at the Roberts Street home but didn't identify himself as an officer.

Washington said the officer’s body camera footage will prove that.

“Davante never had a weapon. He just stood up,” Washington said. “The officer did not announce himself as a police officer.”

San Antonio Police said that, due to pending litigation, they could not comment on the latest development. The Bexar County District Attorney’s Office said, because the case remains under review, commenting would be inappropriate.

KENS 5 also reached out to law enforcement expert and former Boca Raton Police Chief Andrew J. Scott III of AJS Consulting to find out if the DNA test in Snowden’s case clears him. Scott has 30 years in law enforcement and provided litigation support during trials.

“This does not exonerate him,” Scott said. “It just another piece of the investigatory puzzle.”

He added firearms can be carried in such a way DNA can be rubbed off.

“If DNA was, in fact, transferred,” he said.

Washington said he believes the criminal charges against Snowden should be dropped, and that the focus should be on putting Casanova and the Roberts Street shooting before a grand jury for attempted murder and murder charges.

Snowden is back in court after Memorial Day for trial.