Before the Spurs took on the Utah Jazz on Friday, Popovich spoke at length about the history of lynchings in America, including Thomas Shipp and Abram Smith. 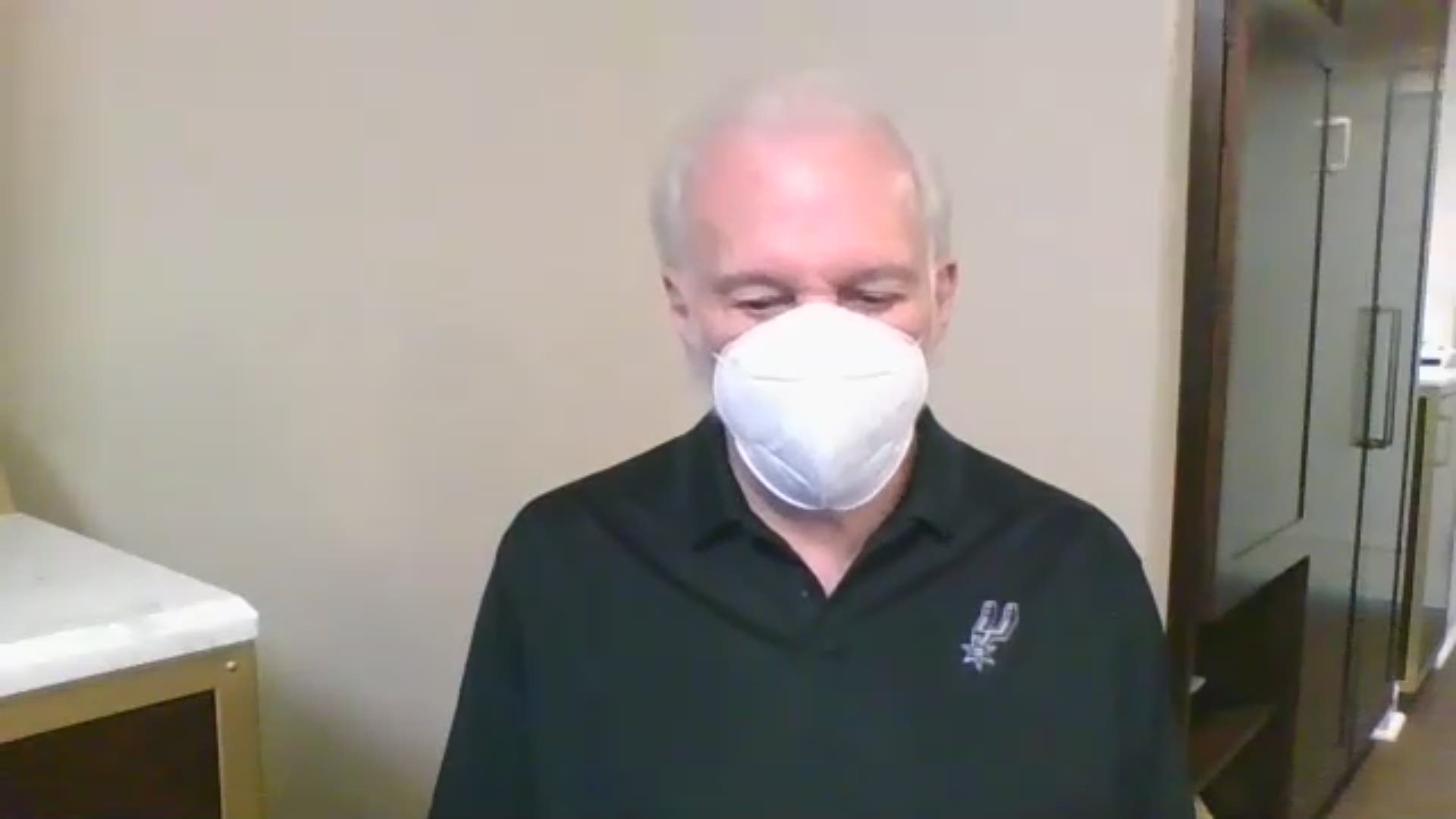 ORLANDO, Fla — In a pre-game interview, Spurs Head Coach Gregg Popovich made a point of reflecting on racial injustice, specifically to the lynching of two young Black men in his home state of Indiana in 1930.

"What we want to spend our time on here is making sure we emphasize the racial injustices that are being experienced by our Black population and this moment in time," Popovich said. "And try to make people learn more and understand more about why the movement is so important and there's no time to wait. It's already been too long. And having said that, I'll just bring up an example."

Popovich pointed to the events leading up to one of the most famous images of an American lynching.

According to various accounts, Thomas Shipp, Abram Smith and James Cameron, were falsely accused of shooting a white man who died. His fiance  claimed she was sexually assaulted, but later recanted her claim.

"Five to 10,000 white people - basically about half of the city's population -stormed a jail (and) pulled them out," Popovich shared.

Cameron, 16, narrowly survived after being beaten by the mob, but Shipp and Smith were killed.

Pop noted that the historic image of white citizens of all ages at the lynching inspired the lyrics to the song 'Strange Fruit' as made famous by Billie Holiday, written by Abel Meeropol.

"Just the name, 'Strange Fruit,' is just is sickening thought," Popovich said, clearly emotional. He said that nobody was ever brought to justice for the killings.

"About 27 of them were indicted, but white juries found them all innocent," Popovich said. "Nobody paid for the crimes."