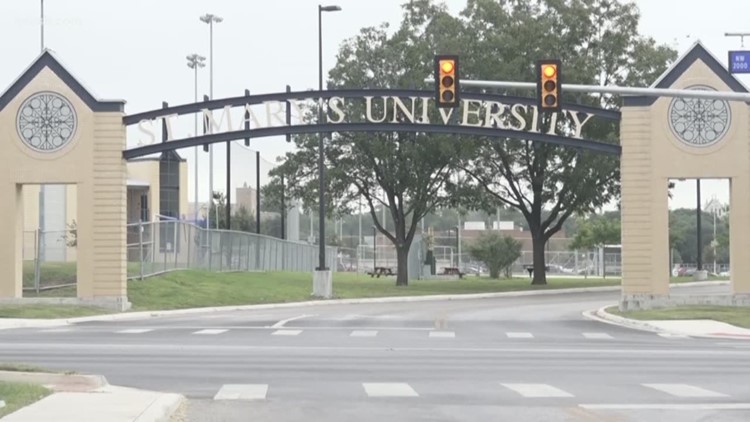 TYLER, Texas — Athletic scholarships are an excellent way for students to pay for college, and with UT Tyler’s official move up to NCAA Division II, they can now offer scholarships to their student-athletes.

"You're going to see things that are bigger, faster, stronger, and I think it's going to bring a different level of excitement to our campus and into the city," UT Tyler Director of Athletics Howard Patterson said.

The Patriots will now join the Lone Star Conference as they complete their transition to Division II.

"We're better matched with this group than we have been with our private school conference," Patterson said. "The other big change is adding scholarships, we will now have scholarships for student-athletes."

Patterson says the Patriots can now offer all the way up to a full-ride athletic scholarship, which will help them attract more athletes.

"We've had Division II level and even mid-major Division I level student-athletes in the past. But now we'll have teams full of those types of students," Patterson said.

UT Tyler coaches like women’s soccer coach Stefani Webb are excited to use scholarships as a new recruiting tool.

"It really, really allows us to do our jobs better," Webb said."It's a little bit easier for us to really identify those players and not to play the waiting game, and waiting for them to get other offers and cipher through that to decide if they're coming to you. They can make a realistic decision based on the numbers in front of them."

"There's a ton of kids that are out in East Texas that are not be really been had the opportunity to be looked at and get a scholarship so that's going to be tremendous for them," Upchurch said.

With a new conference comes new competition, but Webb says they are ready.

"We know that every weekend is going to be more difficult for every sport," Webb said. "But I mean, really, that's why you coach, and that's why you play so we're excited about the opportunity."

Due to NCAA rules, the Patriots are not able to compete for a national title in their new division for the next two years, but that still gives incoming freshman recruits two years to compete for a championship, and get a scholarship while doing so.

Other universities that will join the LSC are as follows:

With 19 members, the LSC is the biggest conference in NCAA Division II. The LSC, founded on April 25, 1931, started as a five-member conference of Texas-based schools and with the latest expansion, the conference boasts 14 members in Texas, two in Oklahoma, two in New Mexico and one in Arkansas.

“This is a historic day for the Lone Star Conference as we welcome eight new members and become the largest and most dynamic conference in NCAA Division II," LSC Commissioner Jay Poerner said. “Individually and collectively, our 19 member institutions embody the very best in Division II with a shared commitment to community, academics and athletic excellence.”

Division II is a collection of more than 300 NCAA colleges and universities that provide thousands of student-athletes the opportunity to compete at a high level of scholarship athletics while excelling in the classroom and fully engaging in the broader campus experience. This balance, in which student-athletes are recognized for their academic success, athletics contributions and campus/community involvement, is at the heart of the Division II philosophy.

All three NCAA divisions emphasize athletics and academic excellence for their student-athletes; after all, the NCAA’s overall mission is to make athletics an integral part of the educational experience at all member schools. The differences among the divisions emerge primarily in how schools choose to fund their athletics programs and in the national attention they command.

Most Division I institutions, for example, choose to devote more financial resources to support their athletics programs, and many are able to do so because of the large media contracts Division I conferences are able to attract, mostly to showcase the publicly popular sports of football and men’s basketball.

Division II student-athletes are just as competitive and in many cases just as skilled as their Division I counterparts, but institutions in Division II generally, don’t have the financial resources to devote to their athletics programs or choose not to place such a heavy financial emphasis on them.

The LSC will conduct conference championships in 18 sports (nine men and nine women).

Women's titles will be determined in:

Click here to learn more about the history of Division II.