Why one asylum seeker chose to cross the Rio Grande twice 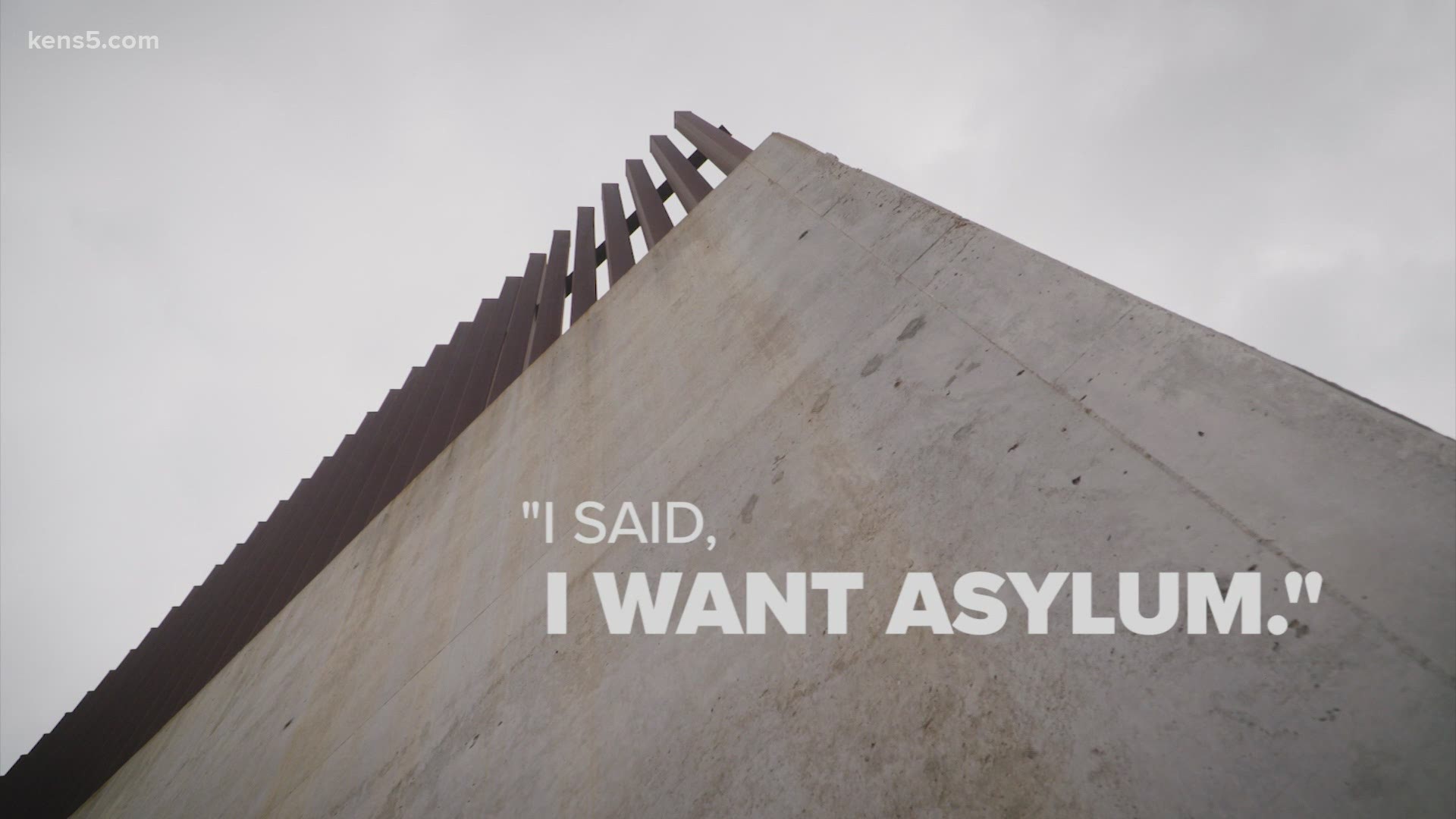 BROWNSVILLE, Texas — What’s happening on the Texas-Mexico border is a topic of headlines and conversations. There are many discussions about policy, what the United States should do. These policies involve real people. Their stories sometimes get lost in the debate.

This is Gaby’s story. It’s not advocating for or against anything. It’s one migrant’s experience with the U.S. immigration system. We’ll use Gaby’s first name only, as she tells KENS5 why she crossed the Rio Grande twice.

Gaby’s journey through the U.S. immigration system began nearly two years ago, in July of 2019, that’s when according to the Department of Homeland Security Notice to Appear, she arrived at or near Hidalgo, Texas, on the U.S. border with Mexico.

“I looked for the wall,” Gaby told the KENS5 team, “I said, ‘I want asylum.’ Nobody chased me, nobody caught me, nobody told me ‘Stop!’ I asked for asylum,” she said.

Gaby told KENS 5 when she received the first date for her court hearing, she thought it would be the only one she’d have to attend to get into the United States.

“I laugh instead of crying because on the first court hearing I took everything,” she said. “I packed all my belongings, my four shirts, my three pairs of underwear.”

Several hearings are not unusual in immigration cases.

Gaby said after that first hearing in September of 2019, she had a second one a month later and a third one in February of 2020.

That whole time, she and her little boy were living in Matamoros, across the border from Brownsville.

Gaby was waiting in Mexico for her U.S. court date, as part of the Trump Administration’s Migrant Protection Protocols (MPP), also known as the Remain in Mexico program.

“I went to my third hearing. I told the judge that I didn't want anything from the United States economically, ‘I don't come here madam Judge,’ I told her, ‘to ask for help, to receive handouts. No! I want protection, I want security with my son, something that I don't have in my country. I want for my son the be anywhere and me without the necessity to be afraid, to go inside my home early and not come out in fear of my son getting stolen, to be murdered or for him to get murdered.’ That’s what I asked for,” Gaby told KENS5.

During that hearing, Gaby said the Judge asked her to come back eight days later. During that fourth hearing, she said her asylum claim was denied, she appealed, but then COVID shut down the courts.

In February of 2021, with new administration in the White House, people with active MPP cases were allowed into the United States. But Gaby told KENS5, she found out her case was closed or inactive and it would take more time to figure out what if anything could be done.

According to immigration attorneys and advocates, about 45,000 people are in limbo now, as they were enrolled in MPP, but their cases are considered inactive. The Biden Administration has not announced any plans regarding what will happen to them.

Tired of uncertainty, in April Gaby said she decided to cross again.

“I thought that they would let me pass even though they would punish me for crossing illegally,” Gaby told KENS5. “But the fact that I said, “I don't want to be here anymore, it’s unbearable,’ the despair, the anguish of being here because it’s so dangerous here, so I left,” she said.

Gaby said she was taken to Tijuana, Mexico, more than 1,500 miles away from where she’d been living in Matamoros, and where she crossed into the U.S.

While living and waiting for her U.S. court date in Matamoros, Gaby’s been working as a teacher at the Sidewalk School for Asylum Seekers. She’d become friends with one of the directors Felicia Rangel-Samponaro. Rangel-Samponaro told KENS5 when Gaby was expelled, she called her for help.

“The U.S., they are allowing some families to come over and stay, so for her to take a chance, I mean, I don't fault that,” Rangel-Samponaro said.

“To be stuck in a foreign country, it's awful,” she added. “But to be stuck there now for two-plus years and your case being closed and there is no timeline for you to get out of this country, I understand it.”

Rangel-Samponaro told KENS5 her team happened to be going to Tijuana right after Gaby was expelled there. She said she picked up Gaby and her son from what she described as an overcrowded shelter and brought them back to Matamoros. Rangel-Samponaro also helped connect Gaby with free legal services through Al Otro Lado, now helping her navigate some of the next initial steps in the immigration system.

Erika Pinheiro, Litigation and Policy Director for Al Otro Lado told KENS5, the non-profit was advocating on Gaby’s behalf with the UN High Commission on Refugees to allow her to enter as a family unit with her partner, who has an active MPP case.

Pinheiro said if that strategy doesn’t work, Al Otro Lado will keep working to help Gabby until “Gaby and her son are safe,” Pinheiro said.