Former agent Harry Jimenez says parents are taking a gamble sending their kids across the border. 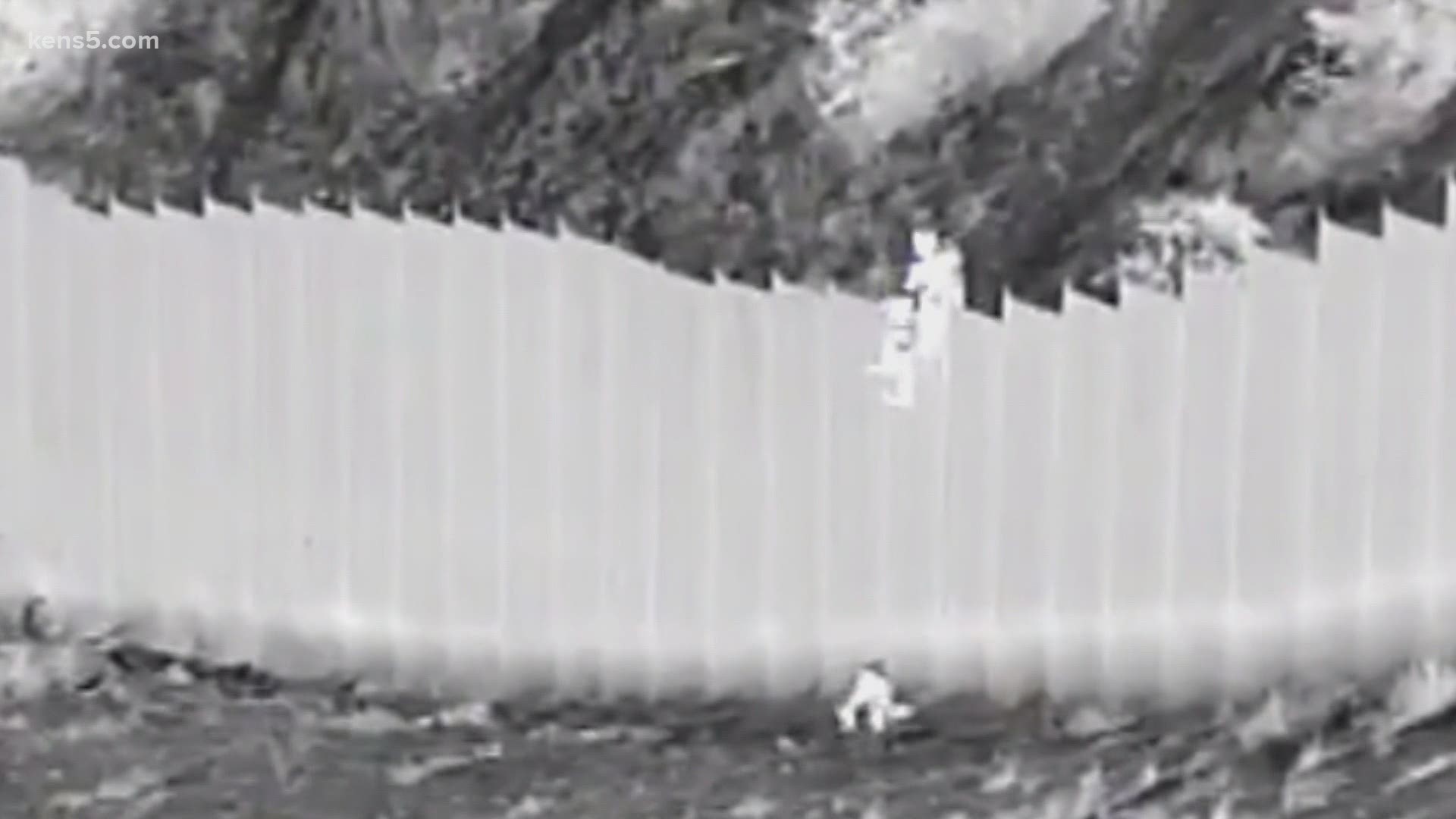 SAN ANTONIO — Video from the Texas-Mexico border depicting two toddlers being dropped over a 14-foot border wall and onto U.S. soil is being shared widely on social media on this week.

"Smugglers, under cover of night, scaled a 14 ft. border barrier and cruelly dropped 2 young children in the middle of the New Mexico desert. The girls, ages 3 & 5, were left miles from the nearest residence," she explained, going on to say the two kids were rescued.

The video has politicians and law enforcement sounding the alarm on the staggering number of unaccompanied minors coming to the United States.

"Just earlier this week, we had a 6-month-old infant thrown into the Rio Grande,” Jimenez said. "Thank God that a DPS trooper was able to rescue that child from drowning. But we have been seeing this more frequent recently than in the past.”

Jimenez said it’s a Biden administration immigration policy that’s drawing unaccompanied minors to to the United States. Under Title 42, a law that curbs nonessential travel for public health reasons, many foreign families and adults are turned away from the United States. However, unlike the previous administration, the current one has said unaccompanied minors will not be turned away under the provision.

Instead, the children are taken in by Customs and Border Protection for processing, then sent to a Health and Human Services facilities, such as the emergency intake center at the Freeman Coliseum. From there, officials find a sponsor for the child.

Figures provided by Health and Human Services indicate that in more than 80% of cases, a child has a family member in the U.S. that can serve as a sponsor as the children go through immigration proceedings.

Jimenez said until immigration policies are reformed, parents will continue to send their children alone, placing them in situations similar to the one depicted in the video being circulated this week. While the two toddler sisters were rescued by agents, not all children will meet the same fate.

“(Smugglers) know where all the cameras are, so they gamble and they tell the parents, 'Border Patrol is going to come over and take care of your children.’” Jimenez said. "But the coyotes, the smugglers—don't think that this was a good-faith attempt. They can care less about the health, the well-being or the life of any of the individuals that they're trying to smuggle illegally through the border.”