Border Patrol detained dozens of immigrants living in a stash house where children were living. 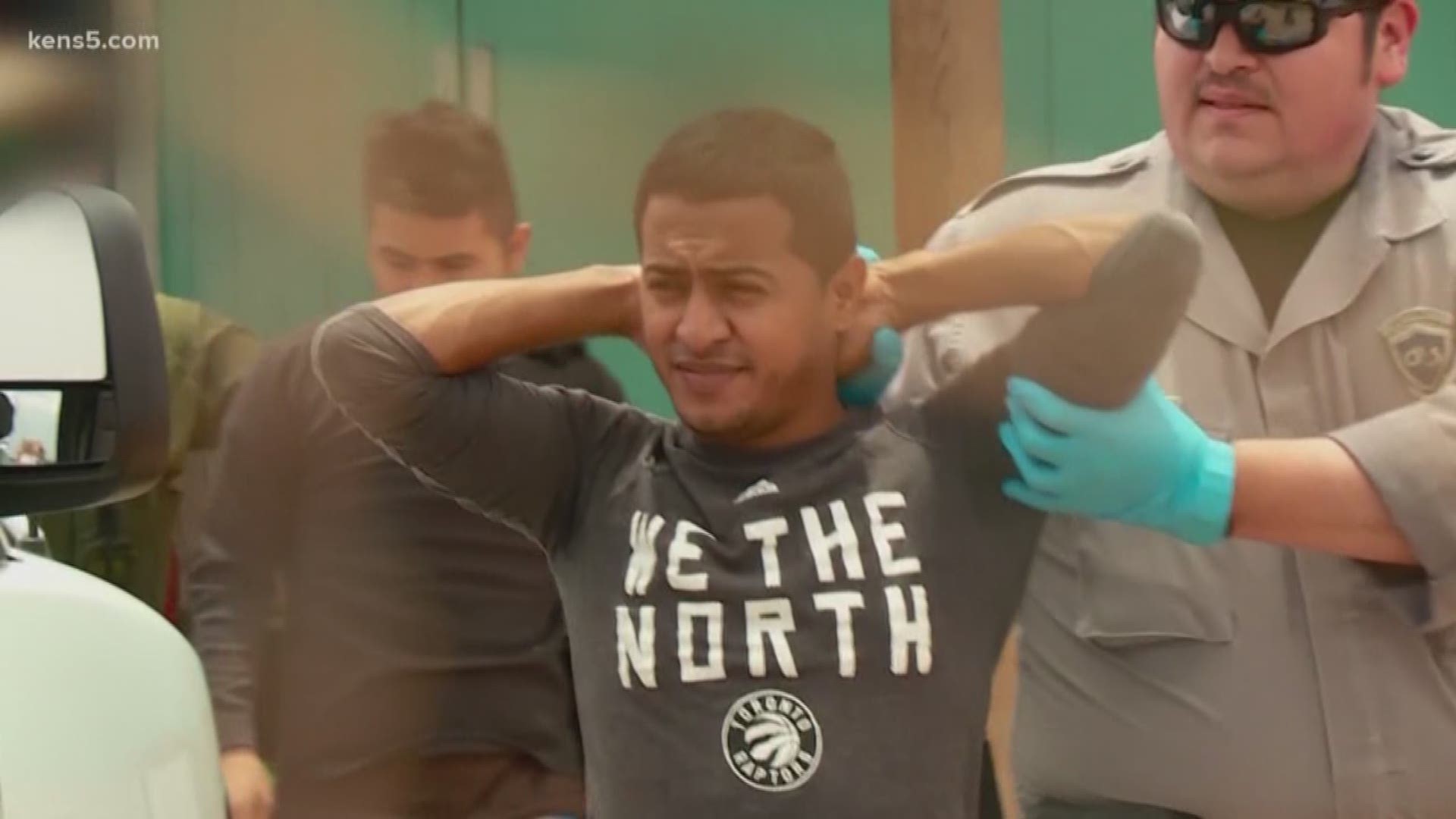 EDINBURG, Texas — Yet another human stash house bust by Border Patrol agents working in the Texas Rio Grande Valley happened on Tuesday. Agents have raided stash houses almost on a daily basis. Agency officials said cases where people are typically crammed in small and unsanitary places, are on the rise.

29 undocumented immigrants from Mexico, Guatemala, Honduras, El Salvador and China were discovered at a residence in Edinburg on Monday.

While some immigrants chose to turn themselves in at the border, others look to avoid getting caught. A plan that doesn’t always work out for them.

“This is where the smugglers come in. This is where the criminal organizations are a lot more elaborate trying to circumvent our efforts,” Border Patrol RGV Sector Chief Manuel Padilla Jr. said. "We get information from whole bunch of different sources, but I think the community engagement has really made a difference.”

Tips are what usually lead agents to raid a human stash house. Padilla said they’ve hit about 150 of them since October, about a 90 percent increase compared to last year.

It’s not what some neighbors on the 1,600 block of Hidalgo Street ever suspected, until they saw police bust a stash house in their own neighborhood.

“I was thinking they were just family that were just visiting,” said Blanca Cantu, referring to the unusual amount of people gathering at the property across the street from her home.

While we often learn about stash house raids, we typically don’t get to hear from the people living in them.

After Border Patrol and constable deputies left the scene, a car pulled up with a man and two women claiming to be relatives of the people living in the stash house. They had come to pick up their young cousins who were still inside.

We spoke to the children’s 17-year-old brother, who we named Daniel to conceal his identity.

“Most of the people take it as something bad we do, but, honestly, the month that we’ve been doing this, people actually come in need,” he said as he got ready to drive out in a pickup truck.

Unless human smugglers choose to not hold them against their will, they will have immigrants wait at a stash house until they can be moved past a checkpoint, i.e. hidden in tractor trailers or by walking around it through ranch land.

“Hopefully, one day, this government will understand that people that come in here, it’s not because they’re illegal immigrants – yes, they are – but they’re not criminals. Most of them are fighting for their families as well as we are,” said Daniel.

Daniel described how the recent loss of his 7-year-old sister in an ATV accident in March put the family in a difficult financial and emotional place.

Before they took off, Daniel’s relatives said the kids were fine and claimed to have not known the home was being operated as a stash house. They said the children, including a 12-year-old boy and a 13-year-old girl, called them to get picked up along with some of their belongings.

he KENS 5 Border Team couldn’t verify if Daniel’s parents were the actual property owners or just renters, due to the ongoing investigation. However, the teen said they were taken, along with the rest of the group into custody.