Surge of migrants continues to rise in Kinney County 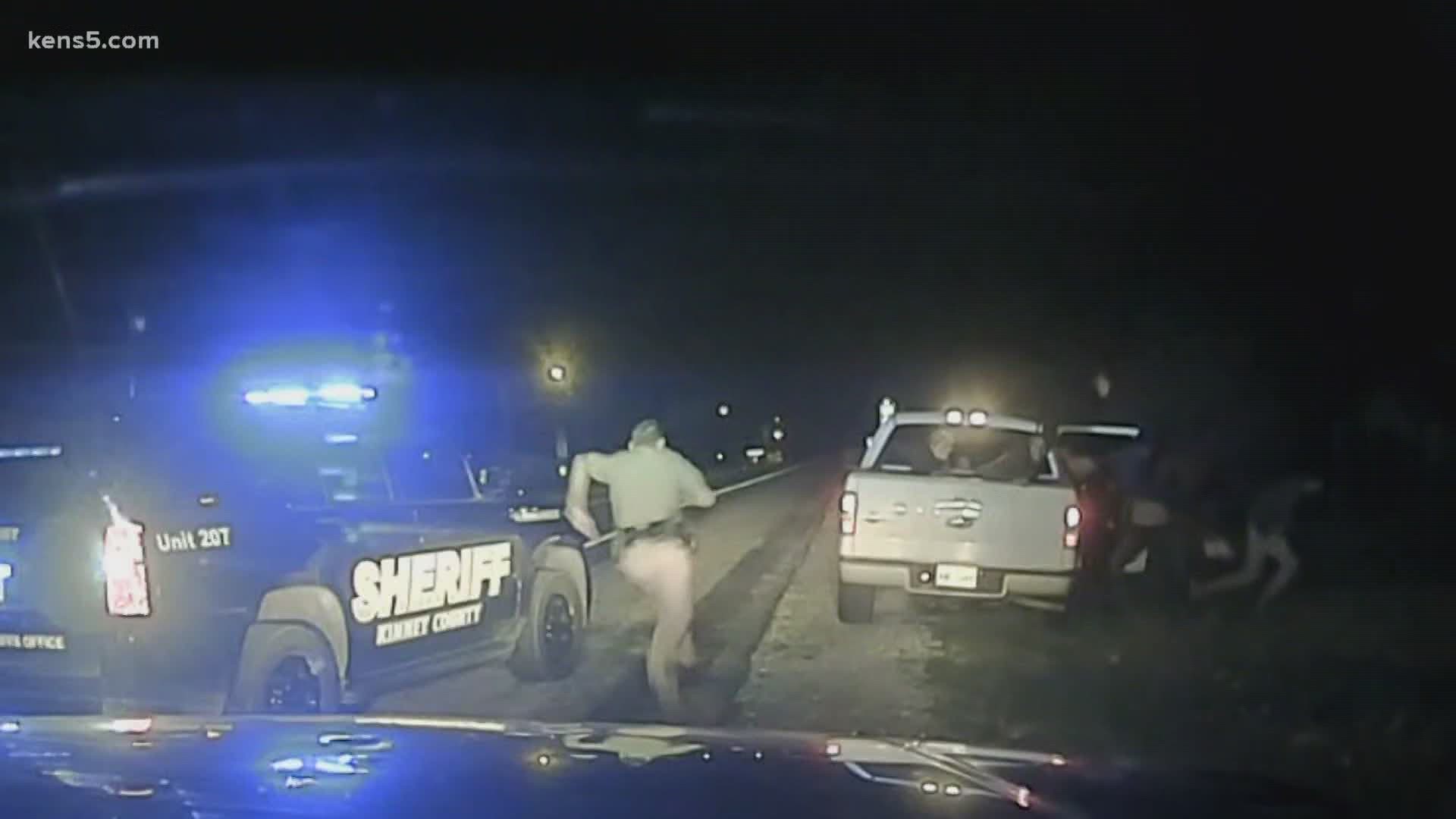 KINNEY COUNTY, Texas — Exclusive video shared only with KENS 5 shows the moment a high speed chase ends in a wreck miles from Brackettville.

The incident not unusual this year in the rural border county.

Kinney County Sheriff Brad Coe said last Friday, deputies along with DPS and Border Patrol had four chases at the same time across the county.

In another video, DPS dash camera captures the moment another chase down Highway 90 outside of Brackettville ends when the driver pulls over. At least a dozen migrants jump from the bed of a white Ford pick-up truck, running into the brush, trying to get away from authorities.

“It’s getting a little out of control,” said Coe.

Authorities said that migrants use the rural county ranchlands as a route to avoid officials.

“There is a fear, ‘what’s going on on my property at night, who’s walking through my property,’” said Coe.

Coe said at least three migrants have died in the last few months of heat related deaths, a record number for the county already this year.

As the summer heat continues to rise, Coe said he fears that number will go up.

“It's the heat, that's my biggest fear, if we have a bail out or a large group coming through and they run out of water,” said Coe. “The heat right now is the killer.”

In one image shared only with KENS 5, a migrant appears to have a gun in his side pocket.

“They're getting so brazen that I mean, they're telling ranchers, ‘we're walking through here, you can't tell me not to,’ and cutting up fencing, destroying the property, it's getting ridiculous,” said Coe.