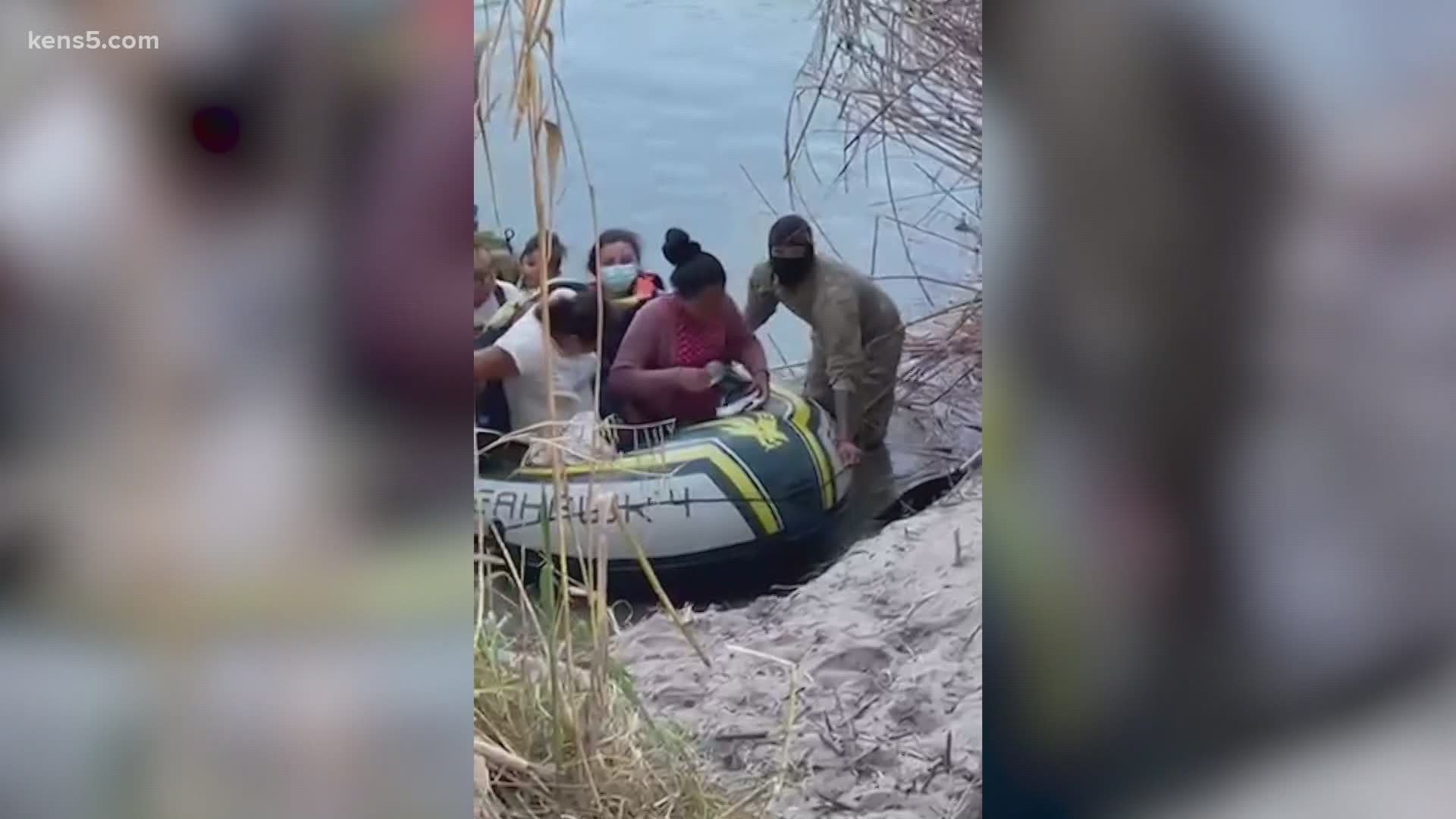 Roy Boyd is the sheriff of Goliad County, and he said he’s "fed up with these criminal organizations using his county as a transit site."

“Imagine living way out in the country where you think you're safe and secure, and all of a sudden you find out that a cartel from Mexico is utilizing part of your land,” said Boyd.

Boyd said the cartels from Mexico have infiltrated the back-country roads of ranches of Goliad County.

“We're an area where people are dropped off and people are picked up,” said Boyd. “They're illegally stored on ranches without permission, stored in old houses, stored in barns, sometimes just stored in the brush.”

“That transit through our area brings that transnational criminal activity right to the doorstep of the people who live in our communities,” said Boyd.

He said the Sheriff’s Office is investigating at least 10 stash house locations across the county.

“I'll guarantee we probably don't know where the half of them all are,” said Boyd.

But recently, they busted one of them, set up on a private ranch.

“We suspect they were using the site for quite some time,” said Boyd.

Boyd called it a mega-site where at least 100 migrants were held. Authorities also found a stolen truck, and evidence of other stolen vehicles that were on the property.

Boyd said they found seats from at least eight different vehicles.  The smugglers stripping the stolen trucks so they can be used to smuggle migrants.

After a massive investigation on their part, Boyd said the migrants are being smuggled after they cross the border in the Rio Grande Valley.

For many of them, they’re next stop is Goliad County, where the cartels are hiding migrants on private ranchland until moving them to their next destination to a larger hub, mostly likely Houston, Boyd said.

Boyd said the criminal organizations are exploiting the migrants.

“It brings an element of danger that did not exist before,” said Boyd.  “These people are being brought here and they're not free to go. That's a whole different dynamic. They're in indentured servitude or slavery.”

Boyd said in the past once the migrants were apprehended, they were turned over to Border Patrol custody, but since federal agents have been overwhelmed, migrants are held longer in local custody.

Boyd said his team has been interviewing the migrants, and listening to their stories.

“It's a tragic story that needs to be told because there's compassion for these people on our side that most people don't understand,” said Boyd.

He said one woman explained she had tried five times to make it across the border, each time a failure.  Boyd said each time, she still had to pay the smugglers.

In another story, a woman told authorities about the horrors of being smuggled in the bed of a pickup truck.

“All the men behind her jumped on her and we're on top of her, and she thought she was going to suffocate to death because they were crushing her,” said Boyd. “She screamed out of fear and panic.”

But one story couldn’t be told—the body of a Honduran woman discovered on a county highway in March.

Her cause of death believed to be asphyxiation, from being crushed in the back of a vehicle.

“They eventually succumb to that pressure and they expire on the road, going from what they think is a better life to nothing but passing in a car and being dumped on the side of the road,” said Boyd.

Boyd said the cartels study every move law enforcement is making across the county.

The Sheriff’s Office only has two deputies on duty each 12-hour shift, making it difficult in the battle to shut them down.

“That’s an effort to get our manpower, reallocated into an area so the cartels can go around us with their loads,” said Boyd.

He’s posted signs all over the county with a loud and clear message to the criminal organizations.

The sign, says in part, “Traffickers of humans and drugs….do not enter Goliad County or we will hunt you down and throw you in jail.”

“The control of this trafficking on behalf of the cartels has really turned this from something that we understand and had compassion for, to something that's really evil,” said Boyd.