Rep. Castro said the "focus is on a solution to this issue. The ultimate goal is to get kids into the safest place." 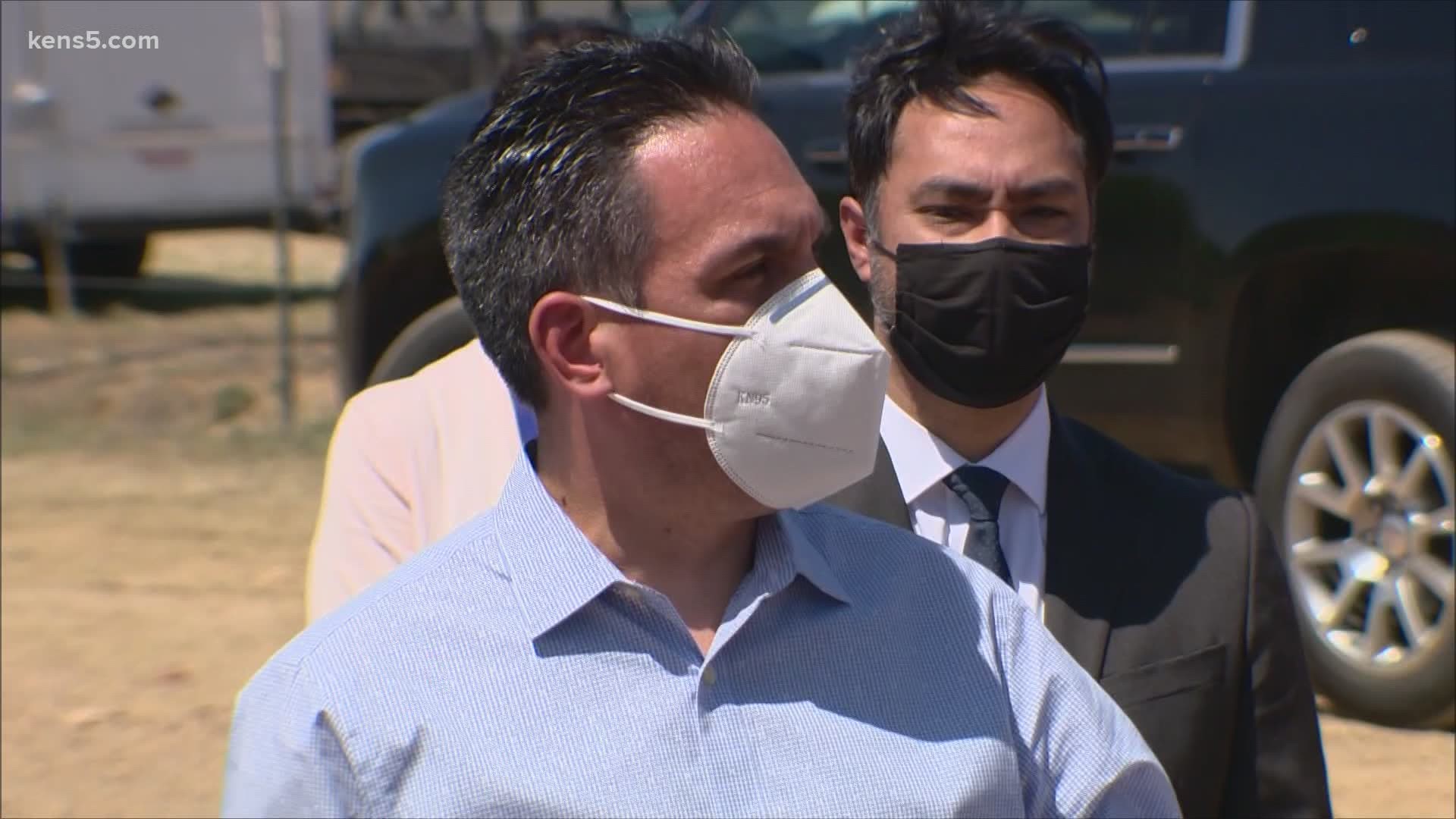 There’s been a recent surge of unaccompanied minors and a scramble to find places to house the growing numbers of children caught crossing the border alone.

Congressman Castro's office says the delegation's mission was to ensure the humane treatment and orderly process for kids to be united with families while their asylum cases are being processed.

"We come to these facilities to figure out what's going on and how we can make things better," he said.

The group visited the facility in the morning and a press conference took place at 12 p.m. Friday.

Media members were not allowed inside the facility, but received video earlier this week of a While House delegation tour of the facility where Gov. Greg Abbott recently announced there was a COVID outbreak.

"Young people fleeing violence is a crisis," Rep. Pete Aguilar said. "A broken immigration system is a crisis. We can call it whatever we want our job is to help fix it."

Castro said he wanted to make sure kids are being humanely treated. These people came to seek asylum, and the Biden Administration is trying to respect international law and United States law, he said.

He said they had conversations with people from Guatemala, El Salvador, and many places in Central America. Most of them reportedly said they are trying to get to their family members already in America.

He said the "focus is on a solution to this issue. The ultimate goal is to get kids into the safest place which is with family sponsors so they have their asylum claims processed."

The delegation included the following members of Congress:

For Omar, who was a refugee herself, the visit brought back memories of her childhood.

"Being here and listening to these kids hearing their stories, their hopes and aspirations is a reminder that this isn't about politics," she said. "It isn't about playing games."

She also said it was about restoring dignity to these children and families wishing for a future in our country.

They say the children they met with had dreams they hoped to fulfill in the U.S.

"Today I got a boy from Guatemala who just looked at me and I said, 'What is it that you want me to know? What do you want the president to know?' And he said, 'That I'm a human being,'" Tlaib said.

Meanwhile, Senators Ted Cruz and John Cornyn led a congressional delegation tour to the Rio Grande Valley Friday with 17 other Republicans. The group joined border agents on a midnight patrol and visited a temporary processing facility in Donna.

This comes after two facilities in San Antonio were approved to be used to house an overflow of migrant children temporarily. Wednesday, the Pentagon approved Joint Base San Antonio as the first location. It's unknown when some of the children will start arriving base, but a release said preparations will begin immediately. Vacant dormitory space is expected to be used to shelter them.

On Thursday, Senator Cornyn tweeted the U.S. Department of Health and Human Services had announced 2,400 beds would be established at Freeman Coliseum. The senator's tweet did not say when efforts would begin at the arena.