Eduardo Canales and law enforcement on the border will tell you -- migrants get left behind with little to no water, with nothing to survive. 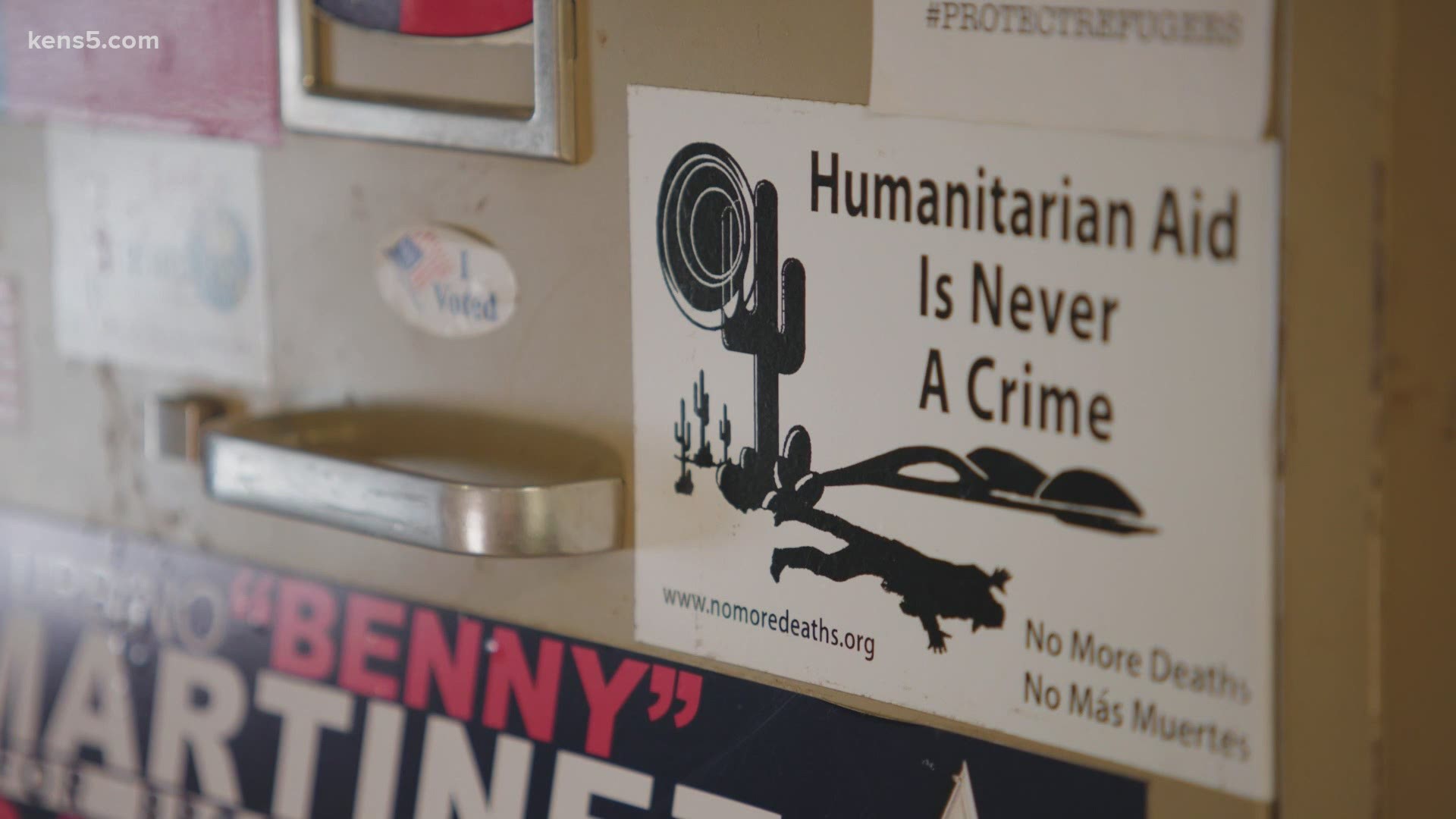 FALFURRIAS, Texas — One way to measure or try to understand what’s going on at the U.S.-Mexico border is to watch Eduardo Canales work. He’s the director of the South Texas Human Rights Center, a non-profit based in Falfurrias, Texas.

Canales can be on the phone with a grieving family one moment, calling the U.S. Border Patrol another and connecting with a consulate that’s trying to help find a citizen or that person’s remains in the U.S.

“I just took a call from somebody whose sister was left behind,” Canales said. “They're sending me the GPS coordinates to try to rescue and recover bodies.”

The South Texas Human Rights Center is one of several groups that help recover and identify bodies of migrants who’ve crossed into the U.S. but died trying to avoid apprehension on their way deeper into the country. Canales and law enforcement on the border will tell you -- migrants get left behind with little to no water, with nothing to survive.

That’s often when Canales and The South Texas Human Rights Center get the call from people hoping he’d help them find their loved ones. This missing migrants hotline, Canales said, gets the calls from all over Central America, Mexico and the United States.

Canales said this year has already been busier than last.

“The number of recovered bodies and remains here in Brooks County is at 40 already,” he said. “Thirty-four was last year.”

“People come out of the brush, they're desperate for water and we want to try to save lives,” Canales said.

Canales said all six new water stations have been recently removed by someone, an effort that requires tools and a desire to take them out, Canales told KENS 5.

“We're seeing a lot of migrants being left behind by the coyotes,” Diaz said. “A lot of our agents are first responders and the first ones on-scene to these migrants that have succumbed to heat.”

Border Patrol said it’s already installed 18 60-foot rescue beacons and 30 more will be installed by this fall. The beacons can be seen from a distance and have a button that sends a signal to dispatch, which then sends agents to that location.

Canales said much more is needed to keep people from dying.

“The system is broken,” he said. “There's no political will to fix it.”