Thousands of migrants have just been moved from under the International Bridge, the last group clearing out Friday afternoon. 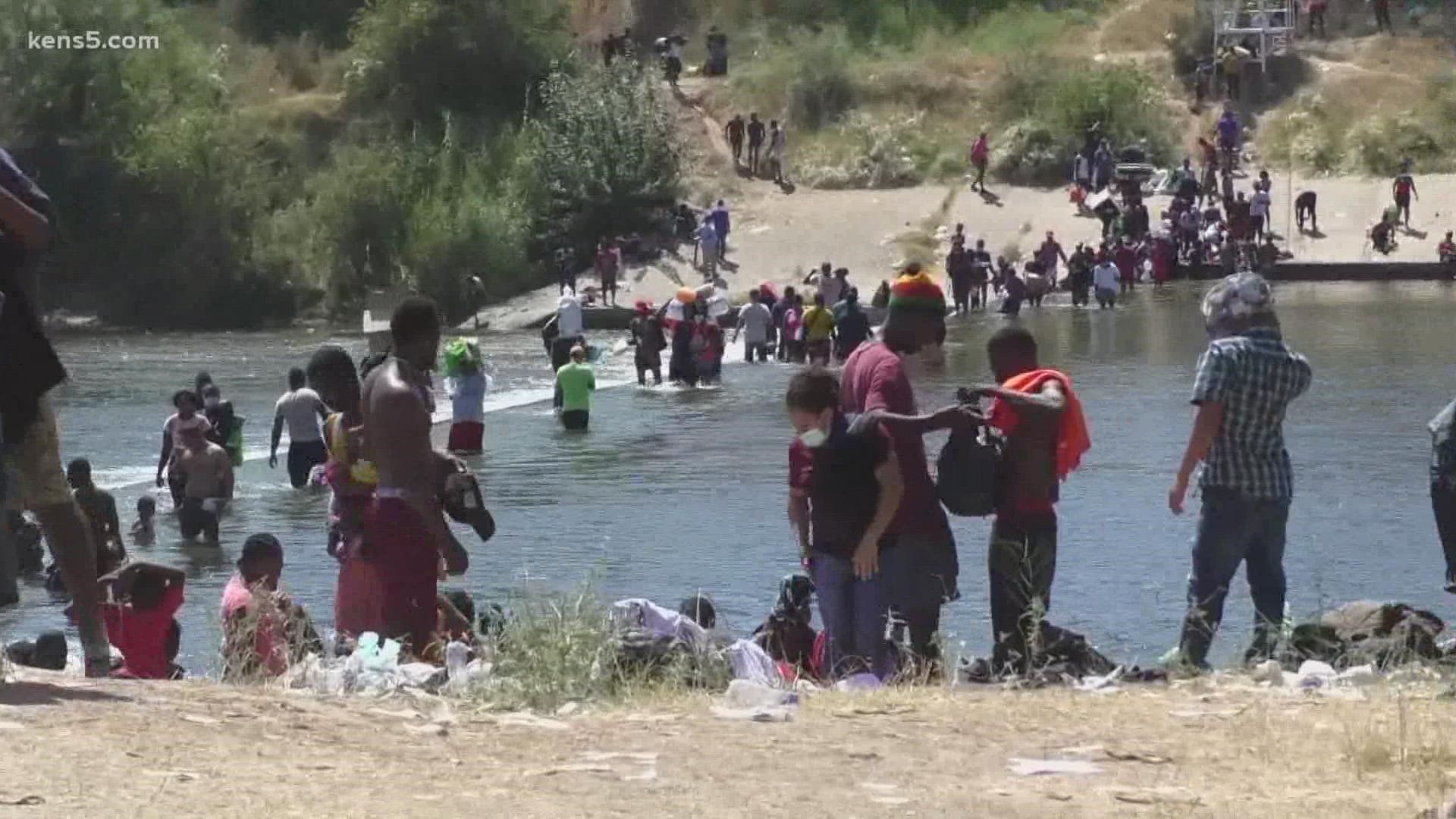 DEL RIO, Texas — In what many are calling a humanitarian crisis, thousands of mostly Haitian asylum-seeking migrants were camped for nearly two weeks under the Del Rio International Bridge.

Last Saturday, the numbers peaked to almost 15,000. Less than a week later, on Friday, after the last group was loaded onto a Border Patrol transport vehicle, the encampment stood empty.

“What we do when we see something that is unprecedented is we respond, and respond we did,” Department of Homeland Security Secretary Alejandro Mayorkas said Friday during a press briefing in Washington, D.C.

Mayorkas was applauding the efforts of federal officials to clear out the camp.

But, on the same day, Del Rio Mayor Bruno Lozano called out the Biden administration for a slow response, leaving migrants in dire conditions for days.

“It’s unfortunate,” said Lozano. “The White House continues to be silent as far as the inhumane treatment of the migrants that I witnessed down there.”

Lozano said despite the mass number creating challenges for first responders, no deaths were reported at the camp, and 10 babies were born on site at the camp or at the local hospital.

"We’ve actually welcomed life out of all of this despite the circumstances that are there,” said Lozano. “It’s just something that I’ve never seen on this scale before, how quickly all the agents, and the volunteers and the different agencies, were just providing the care that they needed.”

“It took an urban village to prevent any loss of life and actually welcome the births of children here,” he added.

Now the question remains: Where did all the migrants go when they left the camp?

DHS officials said nearly 2,000 Haitian migrants were returned to their homeland, while others were taking to processing centers along the southwest border.

However, it’s still uncertain how many migrants were taken to processing centers. DHS has yet to respond to our request for more information.

“It's just unfortunate, (that) this is how they're being received. This supposed to be the land of the free,” said Farah Louis.

Louis, a New York City councilwoman, represents a large Haitian community in her district. She said she came to Del Rio hoping to find some answers.

New concerns developed Friday as law enforcement sources told KENS 5 that another caravan of more than 20,000 Haitian migrants is in southern Mexico and supposedly headed to Del Rio.

“I've been sounding the alarm since pretty much the last couple of years as far as the crossers that are still coming,” Lozano said.

The mayor said he now has a more open line of communication with DHS officials, adding he hopes they listen now more than ever to the mayors and judges who preside over border communities.

As crews continue to clean up the debris left behind in the encampment, the Del Rio International Bridge remains closed to traffic. Lozano said the city of more than 35,000 loses $17,000 in toll revenue each day it remains closed.

Lozano said the bridge will remain closed until officials can ensure a safe reopening. He anticipates the bridge to reopen Sunday night or early Monday morning. 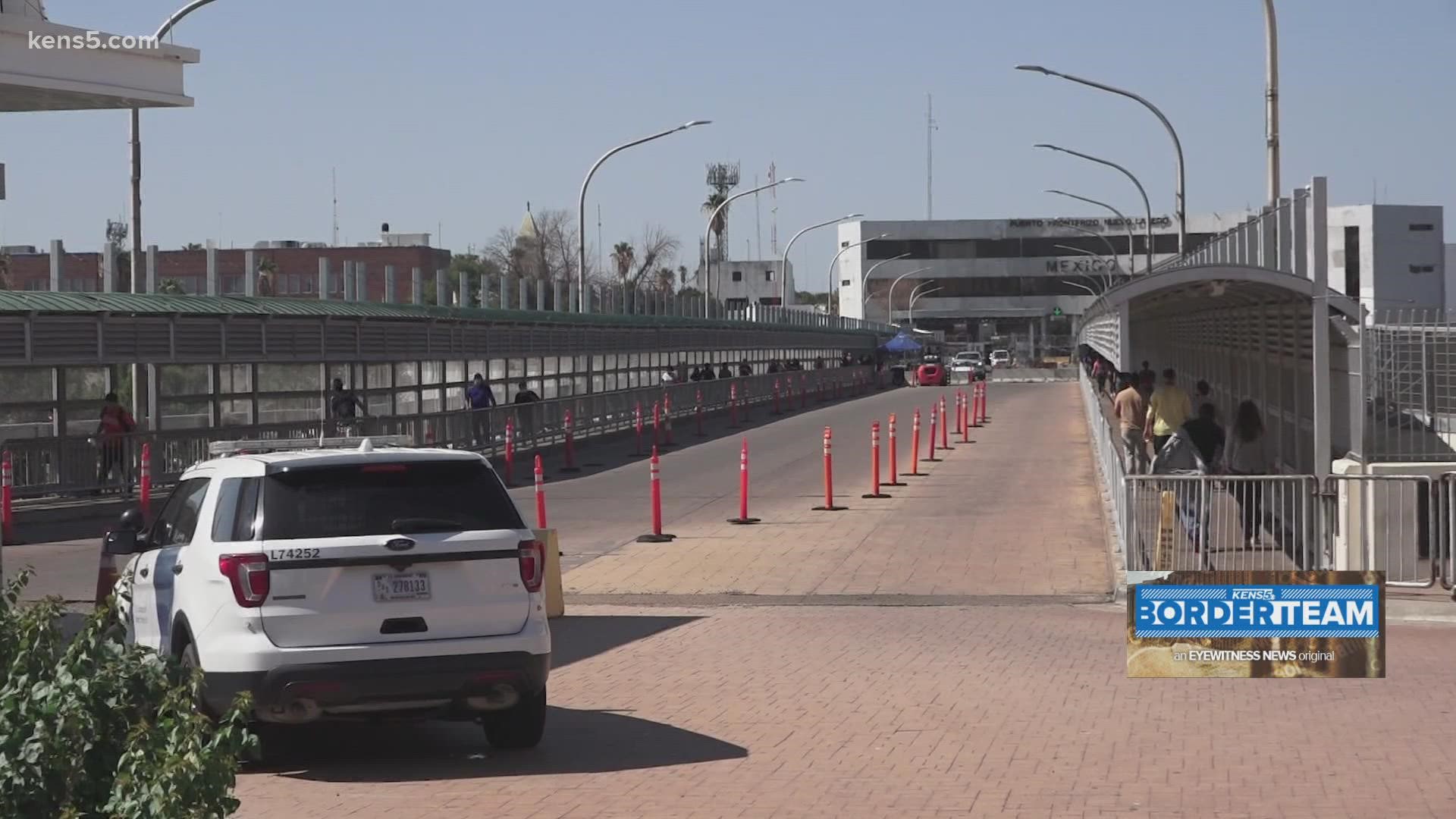