The video was taken on March 17. In it, you can see people going through the temporary processing facility. It shows lines, supplies and areas for children to play. 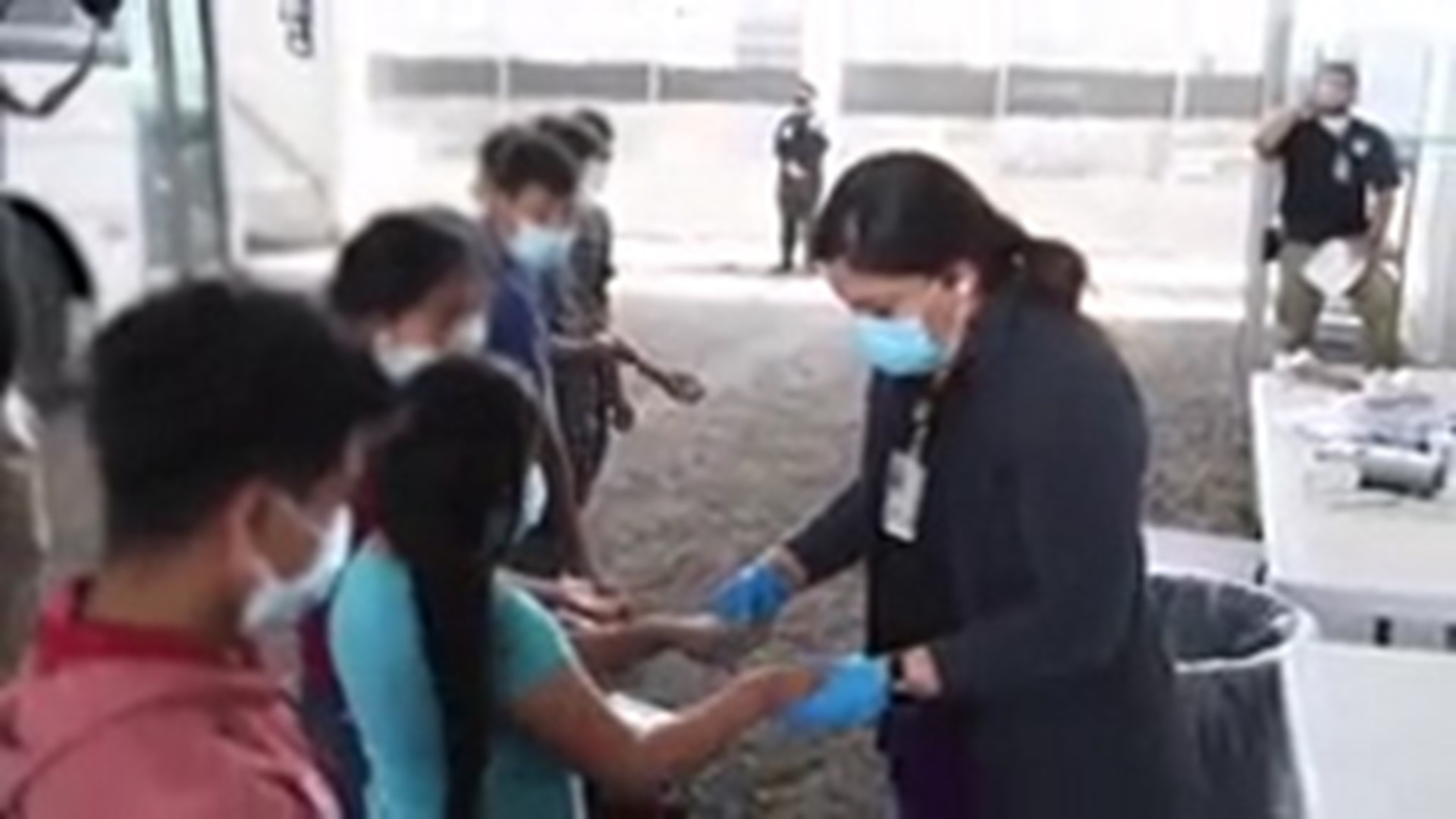 CBP's Office of Public Affairs posted the video on its website on Tuesday. The video was taken on March 17. In it, you can see people going through the temporary processing facility. There are shots of supplies, areas for children to play in and people standing in lines wearing masks.

According to the CBP, the temporary facility was constructed due to the renovation of the permanent Centralized Processing Center in McAllen. CBP officials say it augments their ability to safely process family units and unaccompanied children encountered and in the custody of the U.S. Border Patrol.

On Friday, Governor Greg Abbott criticized conditions at temporary housing facilities in Dallas, where 200 teens ages 15-17 from the Guatemala and El Salvador area are being housed inside the Kay Bailey Hutchison Convention Center. He also referred to a facility in Midland where 60 children tested positive for COVID-19. Meanwhile, a new facility is opening in Pecos on April 2.

As of Friday, more than 14,000 minors were in custody or being taken care of by the federal government.

Republicans like Gov. Abbott and U.S. Sen. Ted Cruz, Texas (R) are pushing the Biden administration to allow the press to tour the temporary housing facilities to see the conditions that people are facing.

Federal authorities haven't allowed press into the convention center in Dallas, but from outside, but American Red Cross workers could be seen walking around, directing and responding to duties.