Eagle Pass officials said the rise in positive cases is a result of more testing and recent holiday family gatherings. 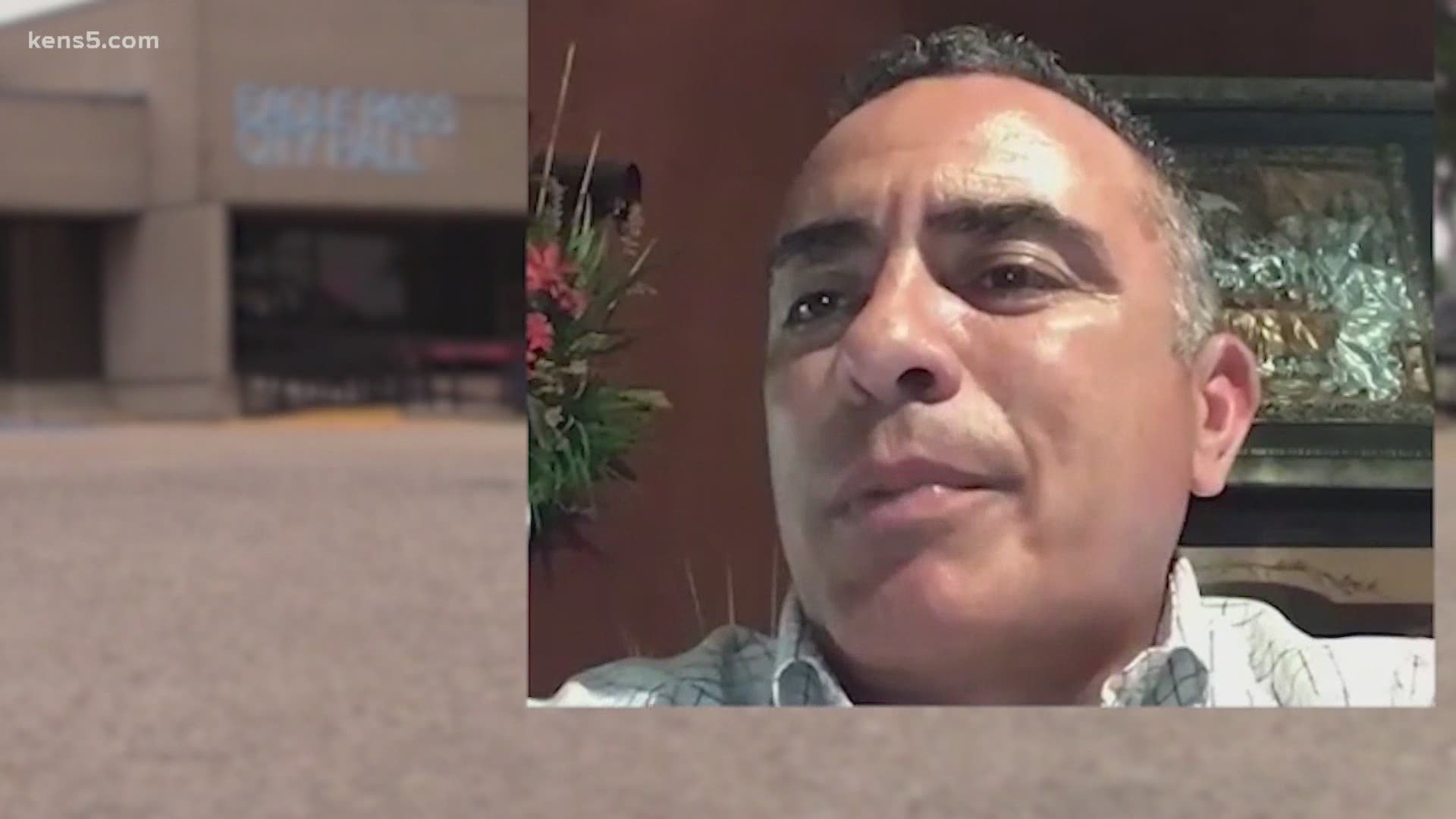 Val Verde County reported a 14th positive test of virus on Friday, after nearly a month of seeing no new cases.

“When you say we're set at 13, we're sort of all knocking on wood, you know, throwing holy water everywhere and praying," Val Verdie County Judge Lewis Owens said. "It's sort of amazing and sort of scary because you're also waiting on that spike."

KENS 5 spoke with Owens an hour before he received the notification of the new case, and he said it’s always a concern they could see a spike.

The 14th positive case is the first reported positive since April 26th, despite increased testing in the county.

“We didn't have this here. I mean, it had to be brought to us—and then after that, it could spread,” Owens said. “We were asking the questions before we were supposed to be tracing and tracking.”

“When these individuals started coming out popping positive, we already knew who they were,” Owens said.  “Then we went back and we were looking to check and see who else they had contact with.”

Owens said other tactics the county embraced early on was providing protective gear to all the positive patients, limiting the number of people in grocery stores and encouraging residents to wear face coverings early on.

“Was it important to put in place what we did? Yes. Do I think it that it helped? Of course,” he said.  “We were doing everything that we thought was necessary at the time.”

Sifuentes said the numbers are higher because the city and county have increased testing availability, making it accessible to more residents.

“We're testing at a rate that no other community in our region is testing,” Sifuentes said.

He said the number of tests given in Maverick County is nearly 1,800, compared to 636 in Val Verde County.

“And as such, you know, we got a lot more positive cases than anybody in the region,” Sifuentes said.

However, he said the root of the spike stems from gatherings on Mother’s Day.

“In our culture, our moms are the most important thing to us. And it's hard not to get together with them,” Sifuentes said.

But, he added, until the pandemic is over, large gatherings of more than 10 people are a danger.

Since May 10, the number of positive cases in Maverick County has jumped from 41 to 98.

“If it wasn't for family members giving it to each other, we'd probably be at 30 or 40 right now,” Sifuentes said.

He said one family had at least 20 members who were infected.

RELATED: 'They're going to keep doing business and so are we': Coronavirus not slowing down operations for Border Patrol agents

“You know, we greet each other with a hug and a kiss. We were raised that way in it, and it's real hard,” he said. “But we have to take those precautions right now. As I said, the last thing I want is for me to be an asymptomatic carrier, and then I give it to one of my tios,  tias, my uncles, aunts, my mother-in-law, my mom or somebody that might have other health conditions that would make it very difficult for them to overcome the virus."

Sifuentes said another concern as mayor of a border county is the impact on the economy.

“We're taking a hit. 50% of our budget comes from our revenues on the bridge."

He said he’s been having discussions with state and federal lawmakers about how to recover financially from the pandemic.

“They’ve got to reconsider the municipalities, especially along the border that depend so much on that revenue, and that's how we're able to keep our tax base low because of the revenue generated through the bridges,” Sifuentes said.

The mayor is doing all this early in his tenure, having been sworn into office in February just a few weeks before the virus arrived in Texas.

He is also the head counselor at Eagle Pass High School, where he says he often corresponds with students after daily briefings involving city and county officials.

“As a counselor, and even as a mayor, this pandemic is just unlike anything we've ever experienced,” he said.

As of Friday, Val Verde has close to 50 pending test results. Owens said the 13 patients that have tested positive have since recovered.

In Maverick County, meanwhile, there are 451 pending tests. Sifuentes said he anticipates the numbers will continue to rise as more testing becomes available.

RELATED: US and Canada extend border shutdown to June 21